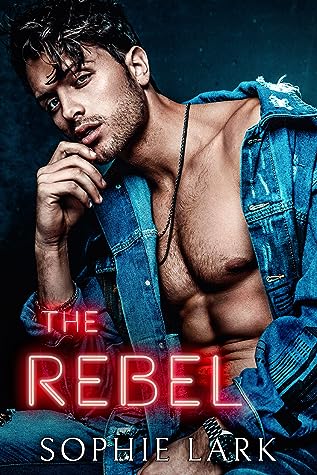 Completely ensnared from page one! I loved returning to The Kingmakers and even more so with the characters running the show this time around.

If you read The Heir, you might remember Zoe as the friend living on the same floor as Anna. Zoe mentioned being engaged to a horrible human being and she kept to herself a lot of the time. You might also recall Anna and Leo’s cousin, Miles, who could procure pretty much anything for a price. This is their story and we find out all of the reasons why or behind these very characteristics. While reading the first book is one I wouldn’t want to miss, you can certainly jump into The Rebel and enjoy their love story as a standalone.

An extra delight I wasn’t expecting, is Zoe’s sister, Cat. She was an bonus with a running storyline alongside Miles and Zoe that interweaves with theirs, but also is very much in her own world as well. She arrives at Kingsman Academy as a freshman, wide eyed and having zero knowledge of the mafia world. I thoroughly enjoyed her fresh look at the people and happenings around her, while she discovered her footing in a brand new society.

Back to Zoe and Miles, they were everything and more I could have dreamed of in a forbidden love love story. Honestly, when I met them in the last book I never would have pictured of them together, much less where they ended up, but whowza!! They blazed in a steamy, passionate, mind blowing kind of love.

The Rebel is full of all the things that you want in a forbidden love story, especially between two people who desperately want to be together, but are restricted in every possible “Romeo and Juliet” kind of way. Not only is there an actual marriage contract between Zoe and her fiancé, Rocco, who is a complete and total psychopath, but there are spies all around campus who will rat out any misdoings, and there is the with the whole “eye for an eye” rule at school. If any student gets caught doing anything wrong he or she wouldn’t just get kicked out of school, for a grievous crime he or she would be killed. This school takes punishment to a whole new level. Most students handle misdeeds at their own level, because no one wants a serious punishment handed back to them, but death is hard to escape.

I really couldn’t put this book down as I was so engrossed from not only how Zoe was going to escape her horrid fiancé, but also Cat’s new adventures. These sisters made the book very exciting and Miles may have come off a rule breaking sluff, but he’s super dreamworthy for the right woman, which just so happens to be Zoe Romero.

I Want The One Girl I Can’t Have…

Zoe Romera is trapped in a marriage contract with the most sadistic psychopath at Kingmakers.

She couldn’t be more off-limits. Stealing her from Rocco Prince would break the most ironclad rules of the mafia world.

But I have to have her. She’s my soulmate. I want her, or no one at all.

I’ve got one chance to achieve the impossible…

“The Rebel” is is the second book in the epic dark mafia Kingmakers series. It’s a forbidden romance, full of jealousy, desire, and a hero who will do anything to save the woman he loves.

2 thoughts on “Review – The Rebel by Sophie Lark”