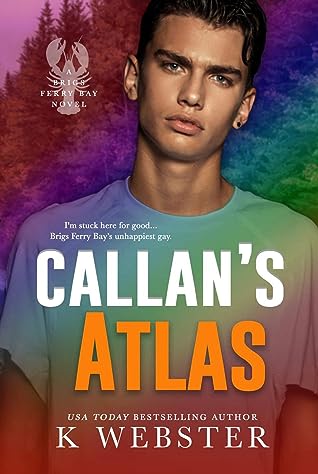 Callan’s Atlas; Brigs Ferry Bay #3
(A standalone within a series) 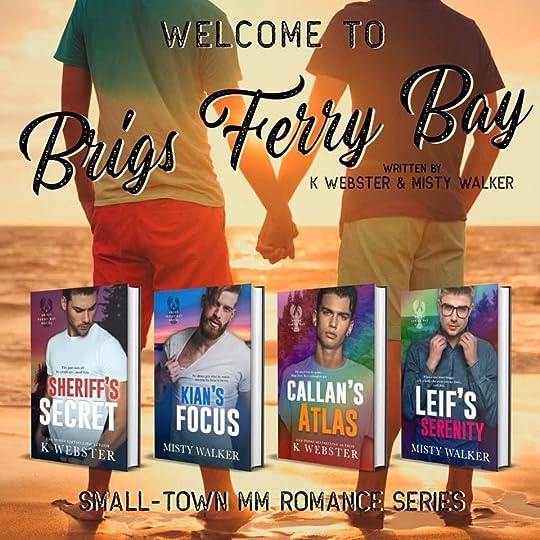 Hitting me in all the feels while riding the smexy train and stopping at all the freaky stops, Callan’s Atlas is another win on my stack of “I LOVE THIS BOOK” pile. K. Webster is fast becoming synonymous with forbidden and sensual while making the story tender and meaningful, she rocks this trope out of the park and frankly I can’t get enough.

Living in a small town is never easy. Hiding doesn’t exactly work, especially when you are born to stand out. Callan normally lives in a world of color, but that world was shattered when he was nearly beaten to death over someone else’s bigotry. Callan isn’t able to pull himself from his dark cloud until he meets Atlas Larson, a new cop who doesn’t stand for the hate that’s been brewing in Brigs Ferry. Atlas doesn’t take the agression towards gays with a passive nature and plans to clean up the town one bigot at a time, especially when he meets Callan the one person who makes returning worth staying.

Atlas Larson doesn’t wave his freak flag in public, but he doesn’t hide it either. He left twenty years ago when Sheriff Bell caught him kissing another boy and told him that they didn’t accept his kind. Now Atlas is back and he’s not going to tolerate someone doing the same thing to someone that happened to him or worse. When he meets the young man he’s instantly drawn to Callan, for reasons he can’t quite pinpoint except perhaps he sees the brokenness in the young man that he was himself at that age. Even given their age difference and the fact that Callan is the soon to be brother-in-law to his new boss, isn’t enough reason to stay away. Bringing color into Callan’s world and watching him smile makes sense and he won’t let anyone say different.

Atlas and Callan are one of the hottest MM couples I think I’ve read from K. Webster. Whew…hold on to your panties because these two certainly steam up the sheets, but more than that they tackle a lot of tough issues. Hate crime is no joke and while Callan could use a champion in Atlas, their relationship is so much more than hero worship. Atlas comes across as this unruly cop, but he cares about the town and those close to him. Without outright saying it he gives Callan back his light and color, which is the real gift in finding his power and beginning to heal.

I loved returning to this small town and not only running into past characters, but also expanding the cast as it continues to grow. Callan and Atlas were perfect additions to the small town and I can hardly wait to return to see what happens next. 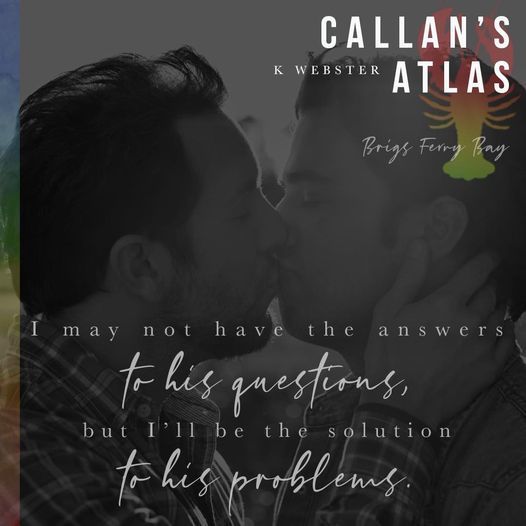 When we moved from New York to Maine, life was supposed to get easier, not harder.
Change, for me, was difficult.
I became the target of terrible crimes that resulted in sending a once-beloved man of the community to prison for a very long time.

Now that I’m eighteen, I could move back to the Big Apple, but fear has me rooted in place.
I hate what that monster did to me.
Looks like I’m stuck here for good.
Brigs Ferry Bay’s unhappiest gay.

Each day, the darkness closes in around me more and more.
Black clothes. Black mood. Black thoughts. Black eyeliner.
The color in my life bled from me months ago and never came back.

Until him.
Atlas Larson.
Newest cop on the BFB police force.
Too hot. Too strong. Too old for me. Too…everything.

Atlas is a rebellious, bossy, mouthy brute who likes to provoke me.
Every encounter starts with heat and ends with an argument.
Color begins sneaking back into my world little by little.
He reminds me of who I once was and shows me who I’m meant to be.

I crave to leave this town once and for all.
But now that I’ve found the courage to do it, the arrogant jerk with a badge might find a way to keep me here and in his arms forever. 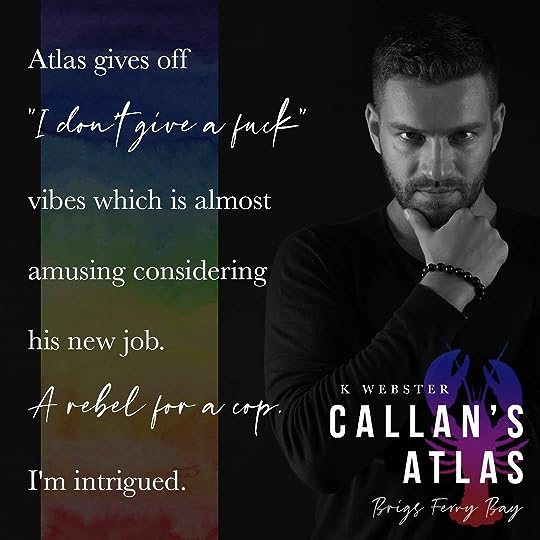