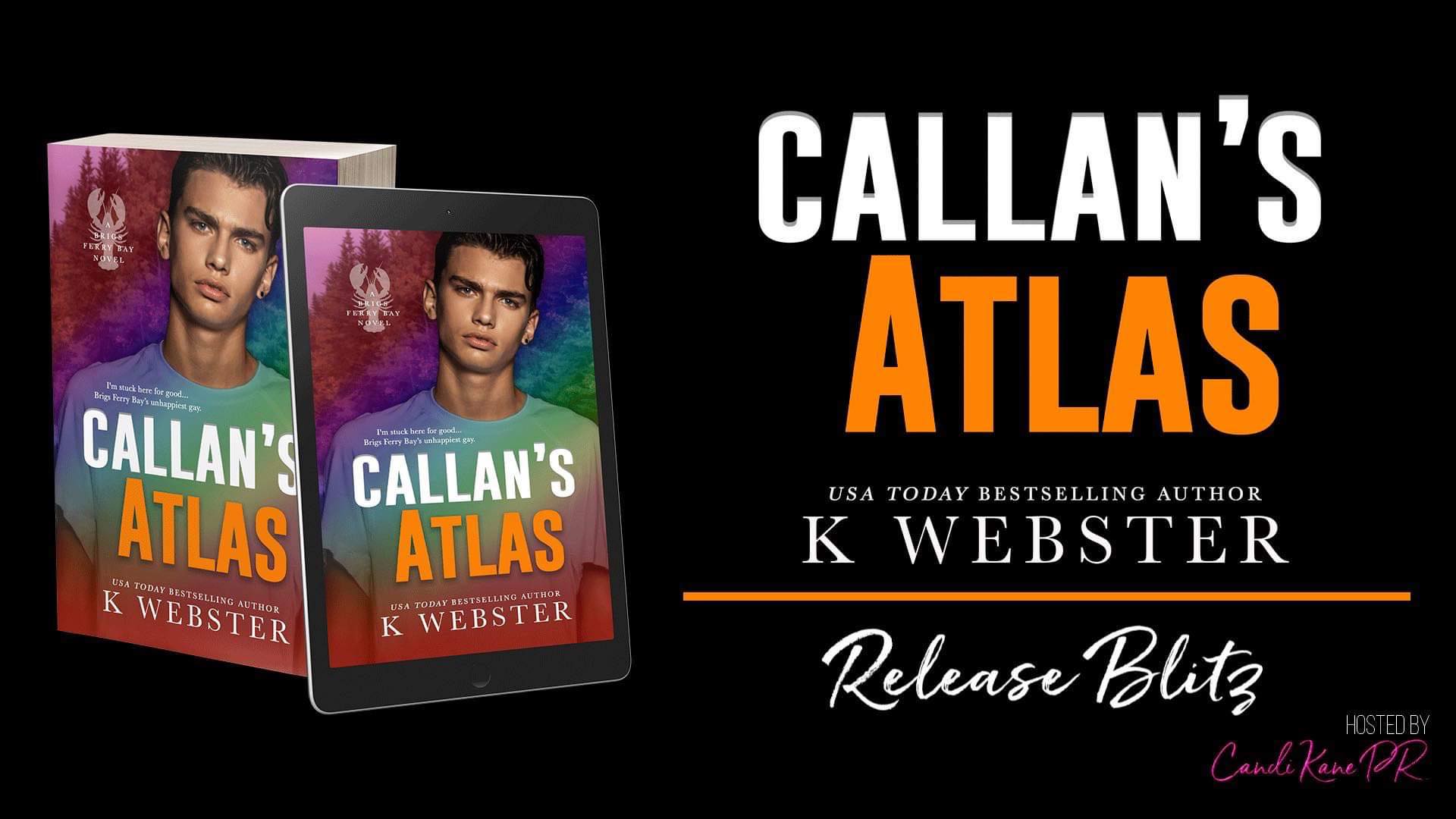 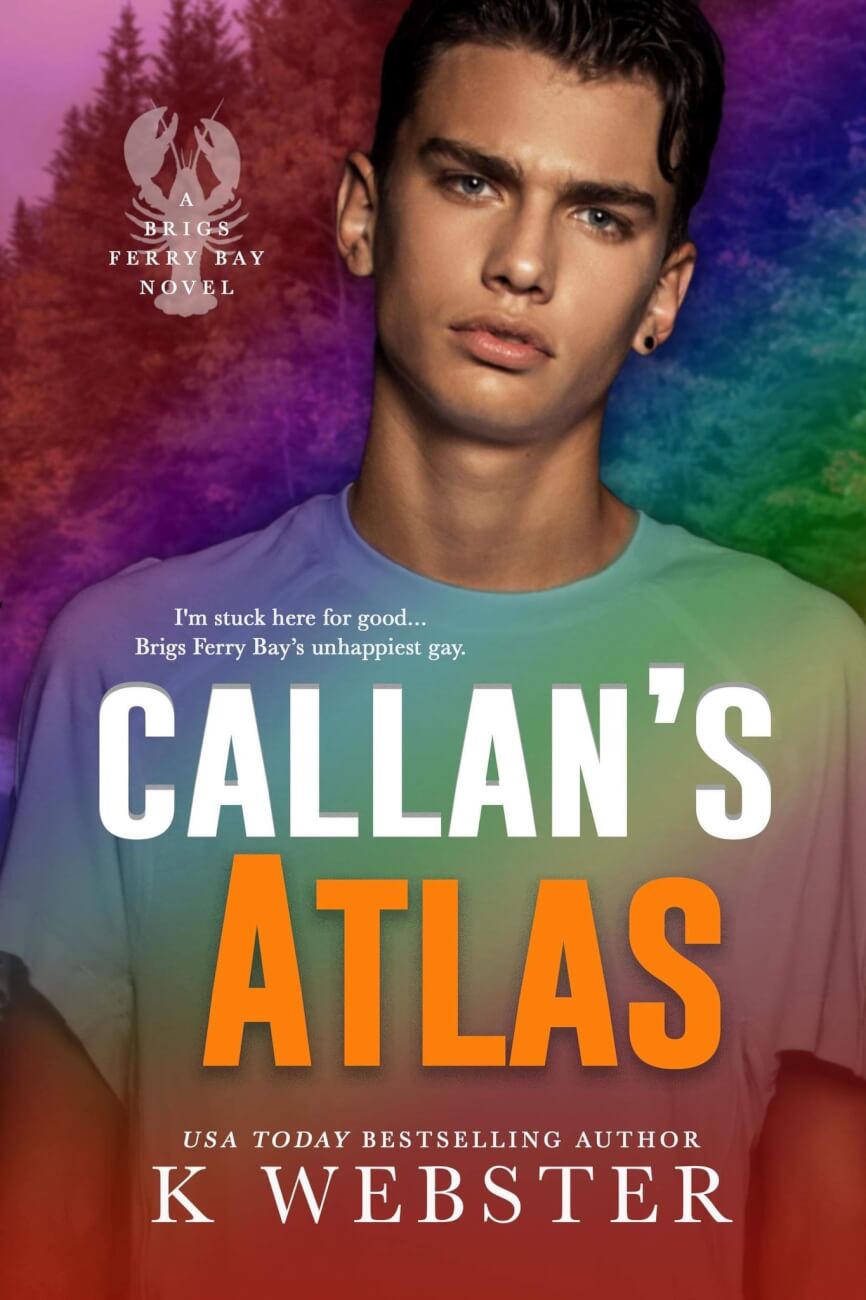 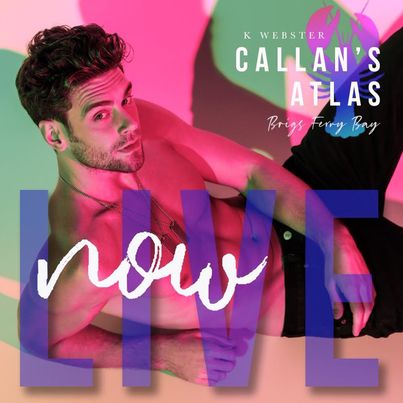 When we moved from New York to Maine, life was supposed to get easier, not harder.
Change, for me, was difficult.
I became the target of terrible crimes that resulted in sending a once-beloved man of the community to prison for a very long time.
Now that I’m eighteen, I could move back to the Big Apple, but fear has me rooted in place.
I hate what that monster did to me.
Looks like I’m stuck here for good.
Brigs Ferry Bay’s unhappiest gay.
Each day, the darkness closes in around me more and more.
Black clothes. Black mood. Black thoughts. Black eyeliner.
The color in my life bled from me months ago and never came back.

Until him.
Atlas Larson.
Newest cop on the BFB police force.
Too hot. Too strong. Too old for me. Too…everything.

Atlas is a rebellious, bossy, mouthy brute who likes to provoke me.
Every encounter starts with heat and ends with an argument.
Color begins sneaking back into my world little by little.
He reminds me of who I once was and shows me who I’m meant to be.

I crave to leave this town once and for all.
But now that I’ve found the courage to do it, the arrogant jerk with a badge might find a way to keep me here and in his arms forever. 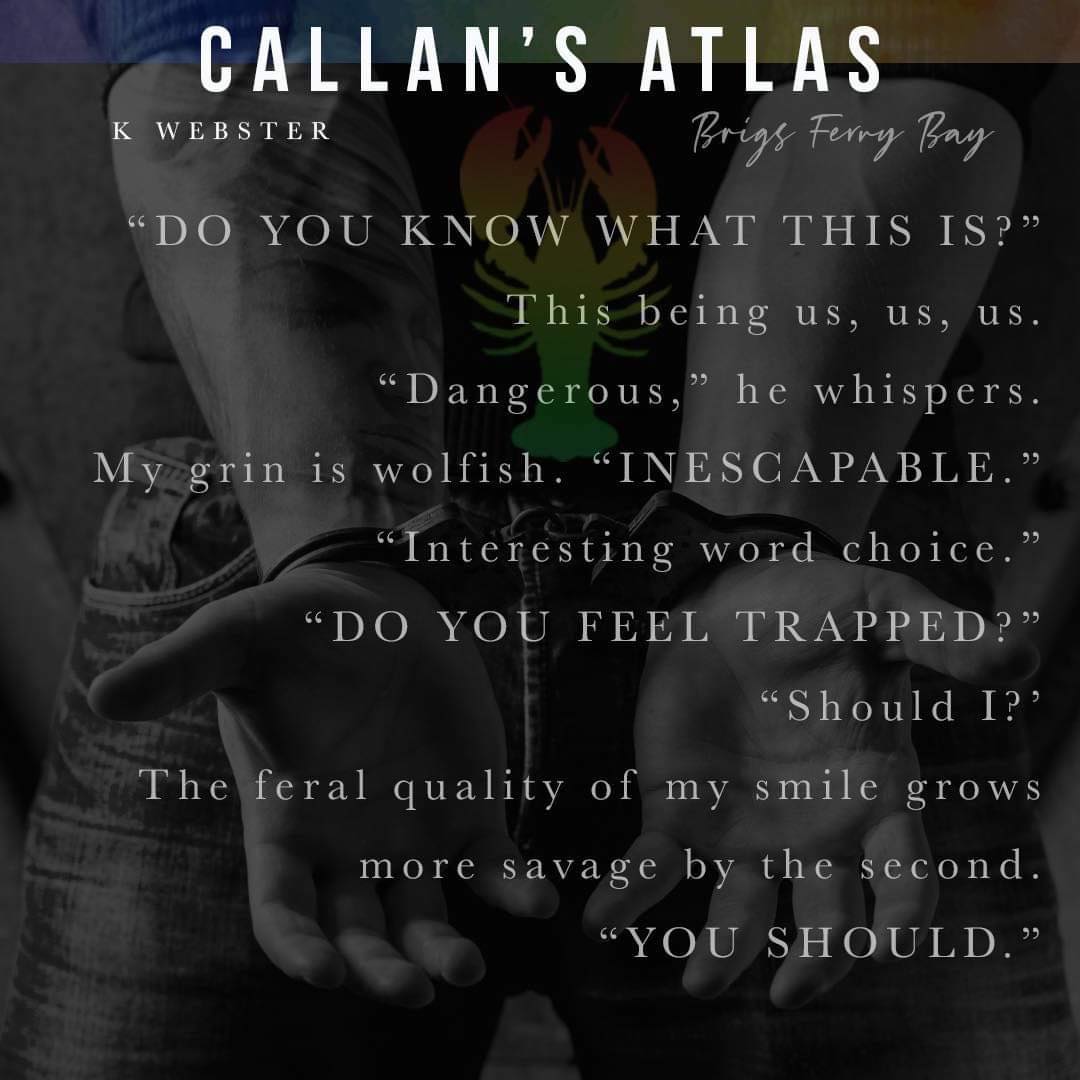 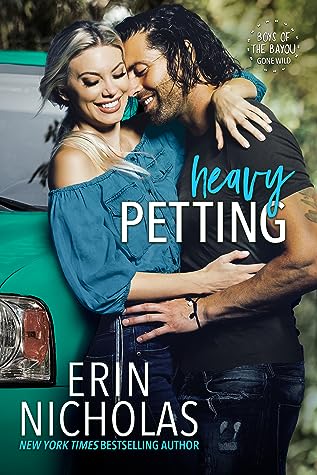 Animals, Landry’s, and the bayou…oh my. We’re back and Boys of the Bayou Gone Wild is growing. Also, if you thought Fletcher Landry was dreamry as the sweet teacher helping his students, hold on to your panties because Mr. Landry is one hot husband when it comes to learning everything about his new wife.

Jordan and Fletcher have been friends since kindergarten, they know basically everything about one another, so when Jordan gets publicly dumped Fletcher is there to catch her. He didn’t exactly intend to marry her when he arrived in Vegas, but when in Vegas get married….okay, that’s not exactly the saying, but Fletcher will do anything for Jordan and these two are full of chemistry and a ton of fun. Did I mention Fletcher will do anything…well read the book and find out for yourself what heavy petting implies.

Fletcher and Jordan may have known one another for twenty years, but his feelings of more only went deeper in the last few years and now that he’s aware of Jordan as more than just his best friend he wants to get to know her as a woman and not the girl who puked on him or pulled pranks with from his youth. He feels immense pressure to separate the two, but when he dove into marriage head first before actually dating her, how does he put the brakes on his wife?

Jordan has only dated one man her entire life, when that relationship goes belly up, she’s ready to move on and she wants to move on now. Fletcher is the man for her, but how can she make him see that she’s already waited twenty years  and she’s ready to begin the next phase of her life now.

As for the animals, which have been a huge added bonus to this series; alpacas are the featured beloved animal in this book. Erin has done an amazing job to not only bring each animal their own personality, but tons of information surrounding their care and support. I love the joy that comes from within the book as we read along with the characters and then again as the readers rally around who is popping up in the next book. We never can get enough when it comes to wanting more. Animals do bring us huge joy and comfort and I love that it translates into her books as well.

Coming back to Louisiana, being around all the animals and the Landry family, is one of my favorite things to do. Fletcher’s brothers are a total hoot, I can hardly wait to see how their love stories are going to play out. There are even glimpses into more storylines that pop up in this book and I’m so excited to read all of them. This whole series is whipping up to be so much fun.

He’s her best friend.
A reformed bad boy turned hot teacher.
And after one spur-of-the-moment Vegas wedding… her husband.

Jordan Benoit and Fletcher Landry have been best friends since they were six. He’s always been The Guy. When she needed picked up, cheered up, or lifted up — like literally, to see the stage at a concert — Fletcher was the guy.

So when her boyfriend dumps her — on national TV — Fletcher immediately gets on a plane and comes to her rescue.

And when she ends up in a Vegas wedding chapel and needs someone to say, “I do” …yep, Fletcher’s the guy. Of course.

But being The Guy 24/7 is a lot. He just wants everyone to give him a freaking minute to get this marriage thing right. Including his sexy, sweet new wife who he’s wanted for three years. Who is exasperatingly, temptingly all-in from minute one.

Jordan knows what she wants. A life in her hometown. A job with alpacas. And Fletcher. Not necessarily in that order.

They’ve said the vows. They’d told the world. They’ve told their grandmas. Forget taking things slow. Forget just heavy petting. Forget any chance of backing out when things get tough. They’re going to have to go all the way, in every way.

After all, friends becoming lovers should be the easiest thing in the world. Right?

Let Me Love You, the stunning conclusion to the All of Me Duet from USA Today bestselling author Siobhan Davis, is coming May 31st and we have the gorgeous cover!

My heart and soul forever belong to two men.
It’s an irrefutable truth that won’t ever change.
Reeve is the air I breathe.
Dillon is the fire that consumes me.
How am I expected to live without a part of my heart?

Siobhan’s family will tell you she’s a little bit obsessive when it comes to reading and writing, and they aren’t wrong. She can rarely be found without her trusty Kindle, a paperback book, or her laptop somewhere close at hand.

Prior to becoming a full-time writer, Siobhan forged a successful corporate career in human resource management.

She resides in the Garden County of Ireland with her husband and two sons.

I have to ask myself, what is more important- losing my virginity to a bad boy quarterback or keeping my perfect job?

I’ve got a big pro football contract, a big appetite for women, and a big mouth. It gets me into trouble more often than not… but this time it lands me with a nerdy little PR gatekeeper who is supposed to control me. But good luck with that.
Eloise and her kitten sweaters and adorable glasses have me thinking about her in a whole different way…

I’m not your typical nerd girl. Instead of video games, I love football. I’ve landed my dream job managing social media for my favorite team, but with Dakota North as quarterback it’s a 24/7 job. When I’m told I have to spend a week making sure Dak doesn’t tweet, he seems determined to use that time to flirt with me.

I have to ask myself, what is more important- losing my virginity to a bad boy quarterback or keeping my perfect job?

USA Today and New York Times bestselling author Erin McCarthy sold her first book in 2002 and has since written over seventy-five novels and novellas in the romance and mystery genres. Erin has a special weakness for high-heeled boots, martinis, and Frank Sinatra. She lives with her renovation-addicted husband (he built her a bar, so it’s all good!) and their blended family of kids and rescue dogs.