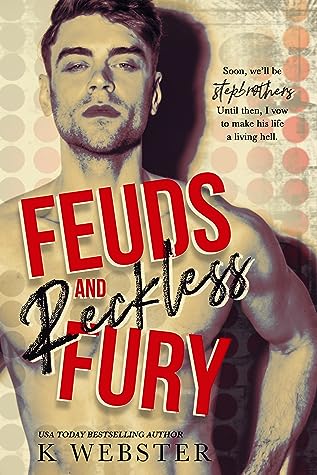 Feuds and Reckless Fury
(A standalone)

I need to start by gushing over just how excellent Webster’s writing truly is. The heartfelt tenderness, emotional agony, and overall angst that she brings out in her characters is so compelling it draws me in every single time that even though I burn through the pages, I never want to leave.

Feuds and Reckless Fury is about two boys who would appear to be complete opposites, but inside may be more alike than they think.

Canyon in the beginning has a girlfriend, is a football player and comes from a traditional family – his life falls apart before his senior year, when his father leaves – not for another woman, but for a man. Canyon’s angry. Pretty much beyond angry and lashes out in drastic measures. K. Webster is great at capturing all the normal teenage angst along with all the emotions of a devastating blow such as this. Canyon sets his sights on ripping apart his father’s new happiness and the closet target is the new fiance’s son, Alis. It isn’t long before Canyon’s traditional life falls apart and everything he thought he knew is shifting.

Alis is the total opposite of Canyon. He’s in the orchestra, he’s in AP classes, and he’s also gay. When Canyon begins targeting Alis, while Alis may be smaller in stature, he’s not a guy to back down. There’s a reason Alis is top of his class, first chair in the orchestra, the top runner on the track team, etc…If Canyon is going to bully Alis, then Alis is also going to bring his best game. His only fear in retaliation is not getting caught. There is a reason Alis is the best and he will never let Canyon mess that up.

Canyon and Alis may be brought together by circumstance, but their emotional bond grows through their trials, friendship, and exploration of one another. Yes,their steamy times are intense, but what I love about Webster’s writing is that it is always infused with so much feeling that every sensual scene is more than just pleasure. It is a full ride from start to finish full of emotions that are pleasing to all of the senses.

Canyon and Alis deal with a lot of intense emotions through this book, more than just their attraction to each other. Having that partner to rely on, someone to talk to, who understands you and is willing to listen is always so important. I love those moments between these two boys and it’s captured really beautifully on the page.

Feuds and Reckless Fury while it is an enemy to lover story it is just as much a beautiful story about family and mending fractured relationships. Another fantastic win for K. Webster! 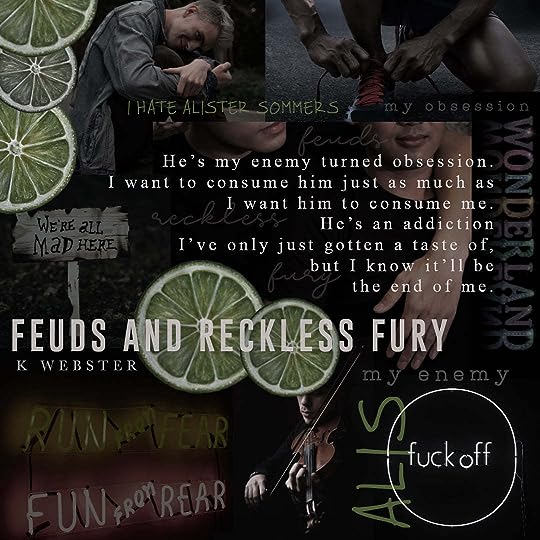 Now I’m on a quest for revenge against my father.
That means hitting him where it hurts—the new fiancé and the son he thinks so much of.
Alister Sommers.

Alis is a bleached blond perfectionist thorn in my side who’s used to everything going his way. Grades, money, track—he dominates it all despite his short, insignificant frame.

Was one dad not good enough that Alis had to take mine too?

Soon, we’ll be stepbrothers.
Until then, I vow to make his life a living hell.
Maybe Dad will regret his terrible mistakes.
Maybe he won’t.
I know I won’t regret wrecking their lives like they did mine.

I’ll give up everything, even my girlfriend and football, if it means I get a chance for retribution.

It’s reckless and risky, but I don’t have much to lose.
The havoc I wreak might ease some of the pain Dad caused my mother.
I’m willing to give it a shot.

What starts as a family feud will become a war…one I plan on winning no matter the cost.

There’s only one small problem.
I may have underestimated my opponent. 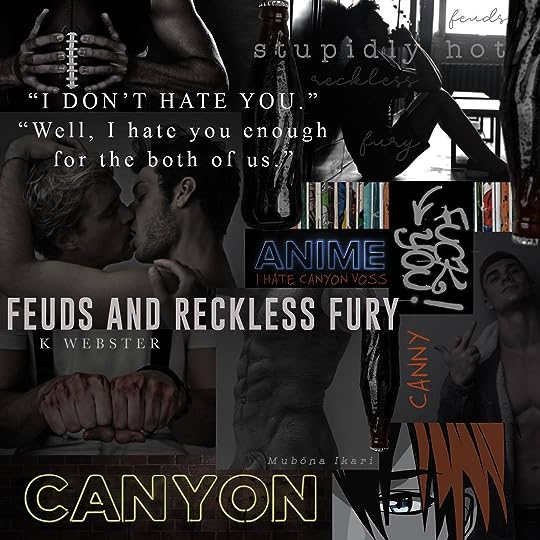 2 thoughts on “Review – Feuds and Reckless Fury by K. Webster”

“Whoa! This was intense!!! …This was a great collaboration between Sam Mariano and Laura Lovett.” – Goodreads reviewer
He's majoring in your desires…
My older brother can't, under any circumstances, find out I'm dating his rival…
An unlucky witch and her know-it-all nemesis must team up in the first of a new, spicy romantic comedy series from USA Today bestselling author Avery Flynn.