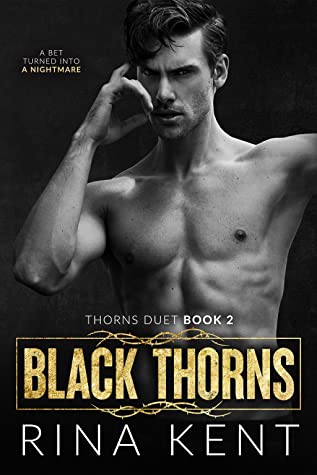 Rina Kent pushes dark boundaries I didn’t know I wanted or liked, but she makes me throw out my grabby hands and BEG for more. Black Thorns blew away everything I anticipated and left me once again I craving more of her dark words.

Black Thorns picks up right where we left Sebastian and Naomi. The first quarter of this book is brutally agonizing and I was gripping onto the edge of my seat while trying to turn pages fast enough to find out what happens.

Everything in this book is a blood pumping whirlwind! Once I started I couldn’t read it fast enough.

The first part of the duet was so steamy and taboo, well…you haven’t seen anything yet. Sebastian and Naomi are off the charts in this second half. Their story isn’t easy or pretty, but know that it is always consensual. Their darkness has always called to one another and at every point in their lives, that never waivers. Sebastian and Naomi are meant to be, no matter who or what stands in the way. The Beast will always get his Prey.

Also, keep a close eye on other players who appear in this book as Rina is fantastic at her layers upon layers in storytelling and keep in mind that she does mention triggers, if Rina’s books aren’t for you then don’t swim in the deep end.

A lie turned into a nightmare.

Black Thorns is a dark romance book that contains dubious situations some readers might find offensive and/or triggering.

This book is part of a duet and is not standalone.

This book is part of a duet and is not standalone. 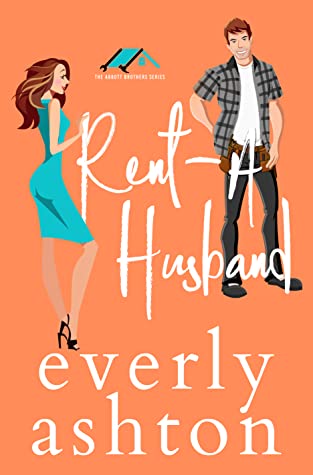 Rent-A Husband; The Abbott Brothers #1
(#1 within a series)

Everly Ashton is a new to me author and the blurb, the synopsis, the first chapter all sucked me in…unfortunately, the chemistry didn’t jump off the pages for Camila and Lucas like I’d hoped.

Lucas, Travis and Josh are brothers that run Rent-A Husband. It’s a small-job fix-it company that you would call for things like leaky pipes, a broken window, a clogged toilet home maintenance kind of thing. If you either didn’t know how to do it or have the time, these guys would be who you would call. The idea is cute and the book truly starts off with all of the perfect elements, but somehow it just fell a bit flat when the two main characters meet for the first time and their chemistry doesn’t pick up energy for most of the book.

If there is any consolation, the secondary characters were really excellent and added some great humor which kept the story flowing, but overall it was a tough read when the main characters didn’t seem to like each other on a personal level.

When Camila Wright hired me to fix a few things around her house I didn’t expect to find myself swindled into a fake relationship with her.

Sure, my company is called Rent-A Husband but that’s not what people actually hire me for.

But when I find her elbow deep in a tub of ice cream with tears running down her face how can I turn down her proposition?

Suddenly a fake relationship becomes a fake marriage that we have to keep up all summer. Which is all fine and good except for the part where we both agreed not to let anything ‘real’ creep into our arrangement.

But then certain parts of me start to crave certain parts of her and things become even more complicated because we both have our own reasons for wanting what we have to remain make-believe only. 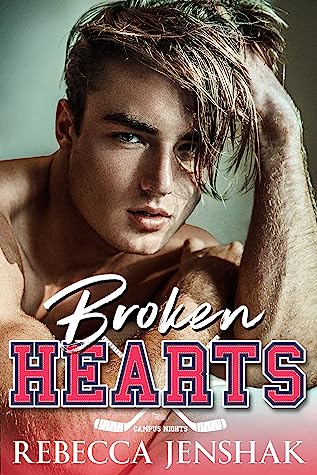 Broken Hearts; Campus Nights #3
(An interconnected standalone within a series)

ALL the heart emoji’s!! This new addition to the Campus Nights series is fall-in-love fun, completely adorable, and it has the perfect amount of emotion to push Rhett Rauthruss to the top of Jenshak’s best book boyfriend list!

How Rebecca Jenshak continues to top herself when writing these amazing men and then making me fall for each and every single one of them is a true artform and yet she has proven herself once again that she is a goddess of this art.

Rhett Rauthruss was a monogamous relationship man, who entered collage with a girlfriend (one absolutely none of his friends liked – more to how she treated him and his friends vs. who she was a person), but Rhett stayed with her for multiple reason, which we find out in this book and honestly, once you get to know Rhett, he is loyal, sweet, smart, pretty much everything you’d want in a long term partner and I can see why Carrie – his ex – didn’t want to give him up. From past books there was a sense that he didn’t want to let of his relationship, but now that we get a chance inside Rhett’s mind there was more going on and it only makes him a nicer guy. I’m telling you, Rhett is top shelf book boyfriend material.

Sienna Hale is in her last year of Valley U and aside from figure skating, which she loves, it won’t take her beyond competitions at school. She has to make a choice what she wants to do after college, but nothing really excites her, until she literally bumps into, or more correctly, a large brick wall of a hockey player plows her over on the ice rink. From the first time she meets Rhett he does and says everything wrong, but there is still something about the man that sets her heart thumping and not in the bad way that she knows she needs to keep a watch on. While she does have a heart condition, being with Rhett is exciting, but should she really get her hopes up and jump into something with school graduation looming?

Broken Hearts is probably more focused on Valley U sports than some of Jenshak’s more recent books which made for a really exciting plot along with the love story. Having both main characters involved on the ice was a brilliant twist and I loved that addition. Both Sierra and Rhett are supportive of each other’s sport and understand the physicality of what it takes to be a collegiate athlete. I enjoyed their competitive streak, but also their soft, intimate moments since they both knew rest was a huge part of recovery in staying healthy. They were a perfect match.

I also loved how Rhett handled everything revolving around his ex. From the beginning of this series Carrie was over the top and I liked that it didn’t stop cold turkey just because they were broken up. He may be a big, tough hockey player, but he’s also a sweet, vulnerable man and I really enjoyed that side of Rhett. It carried over in his new relationship with Sierra which showed that is just the type of man he is and it certainly made me fall harder for him.

Broken Hearts is truly a perfect addition to this series, but also a really good book read as a standalone.

She’s a figure skater. He’s a hockey player. Things are about to heat up on the ice.

Rhett Rauthruss is single for the first time in six years. He’s fresh off a long-term, long-distance relationship and ready to make the most of what’s left of college.
Party with his boys, get to the Frozen Four with his team, and maybe play the field for a change.

Sienna Hale knows a thing or two about heartbreak. She’s a college athlete about to skate for the last time, and nothing is going to throw her off course. Not her worries about finding a job after college, not the whispers of last year’s accident on the ice, and not the cute hockey player who keeps asking her out.

They think they want different things, but when it heats up between them, there’s no denying they have something in common–even if it’s just for a night.