A Carrera is a master of deception.
A Santiago never forgets. Santi Carrera is the war I never saw coming.A beautiful liar.Ruthless.Captivating…The architect of my own undoing.He twisted my loyalty into an ultimatum.He chained me to his side with a vow of deceit.I should despise him for all he’s done to me…But behind those dark eyes, I see his pain.I recognize his conflict because it’s ours to share.Now, I’m a pawn in a new war.Stolen by a stranger, I’ve been taken to a foreign land.My fate rests in the fragile truce between our families.They will tear this world apart to find me.But he’s the only man who can save me.*This is book 2 of a new dark romance duet. Bad Blood, book 1, is live.**Tainted Blood is set in the Santiago and Carrera worlds, but it is not necessary to have read either trilogy beforehand. 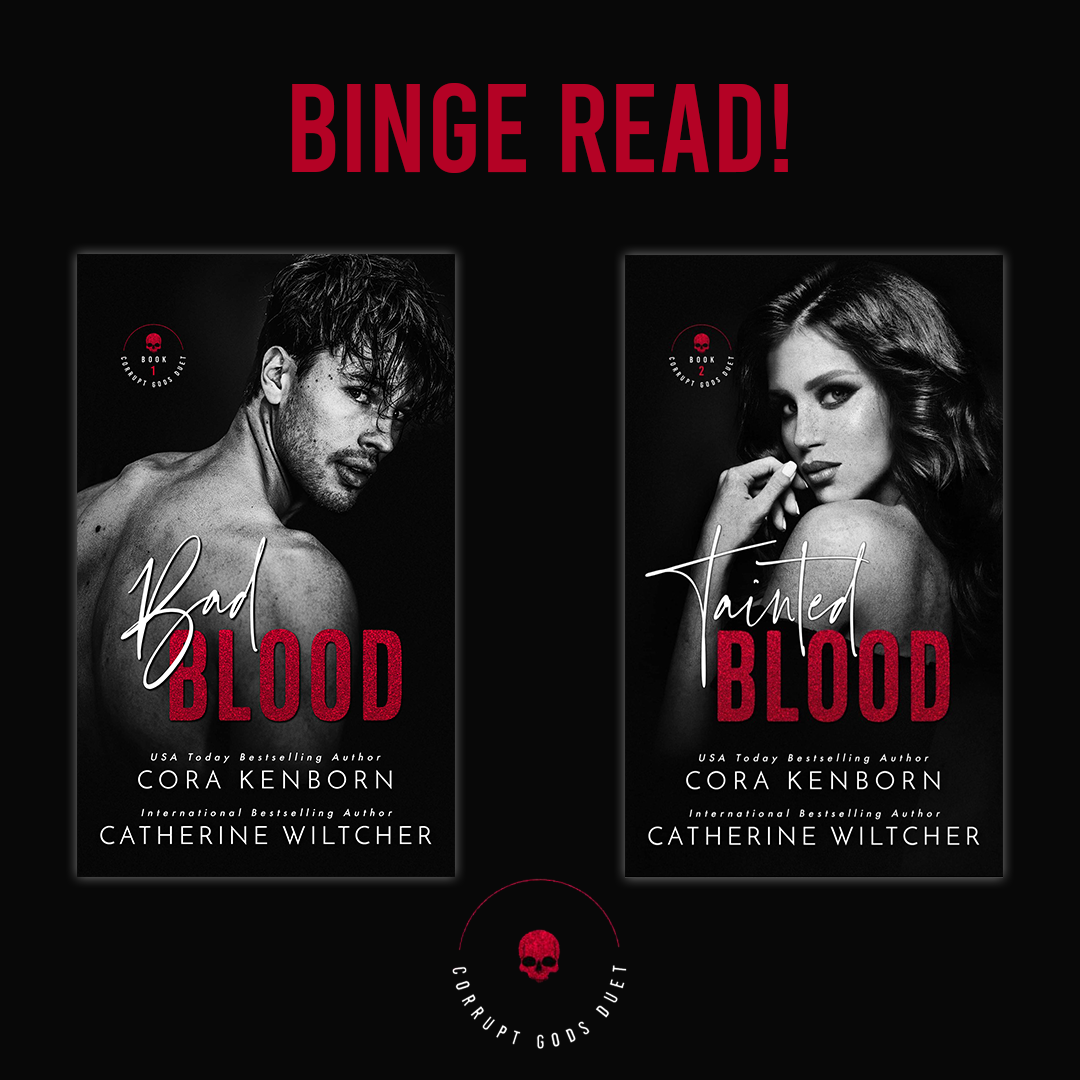 Cora Kenborn is a USA Today Bestselling author who writes in multiple genres from dark and gritty romantic suspense to laugh-out-loud romantic comedy.

Known for her sharp banter and shocking blindsides, Cora pushes her characters and readers out of their comfort zones and onto an emotional roller coaster before delivering a twisted happily ever after.
Cora believes there’s nothing better than a feisty heroine who keeps her alpha on his toes, and she draws inspiration from the sassy country women who raised her. However, since the domestic Southern Belle gene seems to have skipped a generation, she spends any free time convincing her family that microwaving Hot Pockets counts as cooking dinner.
Oh, and autocorrect thinks she’s obsessed with ducks.
Connect with Cora Kenborn
Newsletter | Website | Facebook | Facebook Reader Group | Twitter | Instagram | BookBub    Goodreads | Amazon Author Page
Meet Catherine Wiltcher

I’m an International Bestselling Author of ten dark romance novels, a stage 4 cancer thriver, and a self-confessed alpha addict! My writing is best described as sinfully sexy, and my characters always fall hard and deep for one another.

I live in the UK with my husband and two young daughters… But if I ever found myself stranded on a desert island, I’d like a large pink gin to keep me company. Cillian Murphy wouldn’t be a bad shout either…

Before I started writing, I worked for seventeen years in the TV and movie industry. I started my career on the hit UK ITV show ‘Blind Date’ before moving into Music TV (MTV, T4) and then movie and drama production, with a brief (three year) flirtation at the BBC’s Natural History Unit thrown in there as well.

I’ve been really lucky to travel all over the world with my former job, working with the BBC, ITV, Channel 4, Channel 5, MTV, Walden Media, Warner Bros & 20th Century Fox, amongst many others. All my experiences have helped shape my stories – from the amazing places I’ve visited to hanging out with some really fun A-listers.