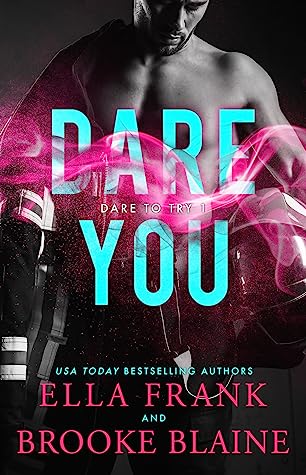 There is no denying that Ella and Brooke are an dynamic writing duo and Dare You is just another example of how AMAZING this author team is!

I was engaged and completely engrossed in Bash and Kieran’s story from start to finish and then left hanging and salivating from the cliffhanger. Sobbing, “NOOOOOOOO”, and flipping back and forth multiple times because how could that be the end. I need more of these two fantastic men and their story. Luckily, there will be more in the next part of the trilogy, but sadly I have to wait, along with everyone else, until that happens.

Kieran Bailey is no stranger to the queer community, although I should probably rephrase that to say, he is no stranger to the gay community. His brother’s are both gay, and while his middle brother has been out of the closet basically his entire life, he is your run of the mill average guy who wears khaki’s. His oldest brother is an entirely different story who only recently came out when he fell in love with everyone’s favorite news host, but Sean is still very much the same sports watching, beer drinking annoying big brother.

Now Kieran, one of Chicago’s finest firefighter’s, meets Bash while rescuing him from a burning building. Kieran honestly mistakes Bash for a gorgeous woman, an easy mistake given that Bash was in full drag, but with each encounter after that, it was Bash’s confident and easy going personality that continued to pull him back in. He’d never met a man like Bash in his entire life and while their time together may have begun as friendship, it soon blossomed into something more. The real trouble is Kieran doesn’t know how to feel about the budding and changing feelings swirling inside of him. Should he have looked to his family for help? Perhaps, but his work schedule and spending every free moment with Bash made that task nearly impossible.

Bash was smitten with Kieran from the moment the hot firefighter threw him over his broad shoulder. Bash wanted to thank the hero for saving his life, personally if he could, but even if he couldn’t make those wishes come true he wanted to extend his gratitude. (Their date-non-dates are simply the best). It could have been fate, but Bash and Kieran seemed to run into one another in the big city of Chicago and Bash never snubbed fate. He boldly pursued what he wanted, even if he knew Kieran wasn’t exactly achievable. You see, Kieran was straight. Working his way through the fine women of Chicago. So while Bash didn’t normally hit on straight men, he just couldn’t seem to help himself when it came to the fine firefighter. These two formed a friendship while Bash flirted unabashedly every single time they were together. Nothing would have happened if attraction wasn’t there, but sparks eventually lit a fire between them and wowza…what a fire!!!

However, with Bash only in town to close a deal and the underlying thoughts of where a relationship could really go…things were bound to get messy.

I desperately need more of Bash and Kieran, so I can hardly wait for more of this couple and to see what happens next.

Sebastian “Bash” Vogel, the magnetic, cross-dressing CEO of AnaVoge, has long been a lone island when it comes to his personal life. Self-assured and playful, he’s never left wanting for suitors—but Bash isn’t looking for something permanent. He’s more than fulfilled with his company and his closest friends, and no one is going to shake up the status quo.

That is, until he’s thrown over the shoulder of one of Chicago’s finest and hauled out of a burning building.

Kieran Bailey, a sexy, hardworking lieutenant at Station 73, has been reaping the rewards of being crowned the city’s hottest fireman, which his crew never lets him forget. So many ladies, so little time. So when he rescues the latest damsel in distress, no one is more shocked than him to realize he’s played prince charming to another … prince.

But Bash isn’t like anyone Kieran has ever met, and soon his world is turned upside down as he becomes more intrigued by the enigmatic man that he can’t stay away from.

They’re from two different worlds. This could never work. But what if … they dared to try?

Dare You is book one of the Dare to Try trilogy, an M/M romance, which must be read in order. Prior reading is not required, but is always a fantastic idea for maximum enjoyment. 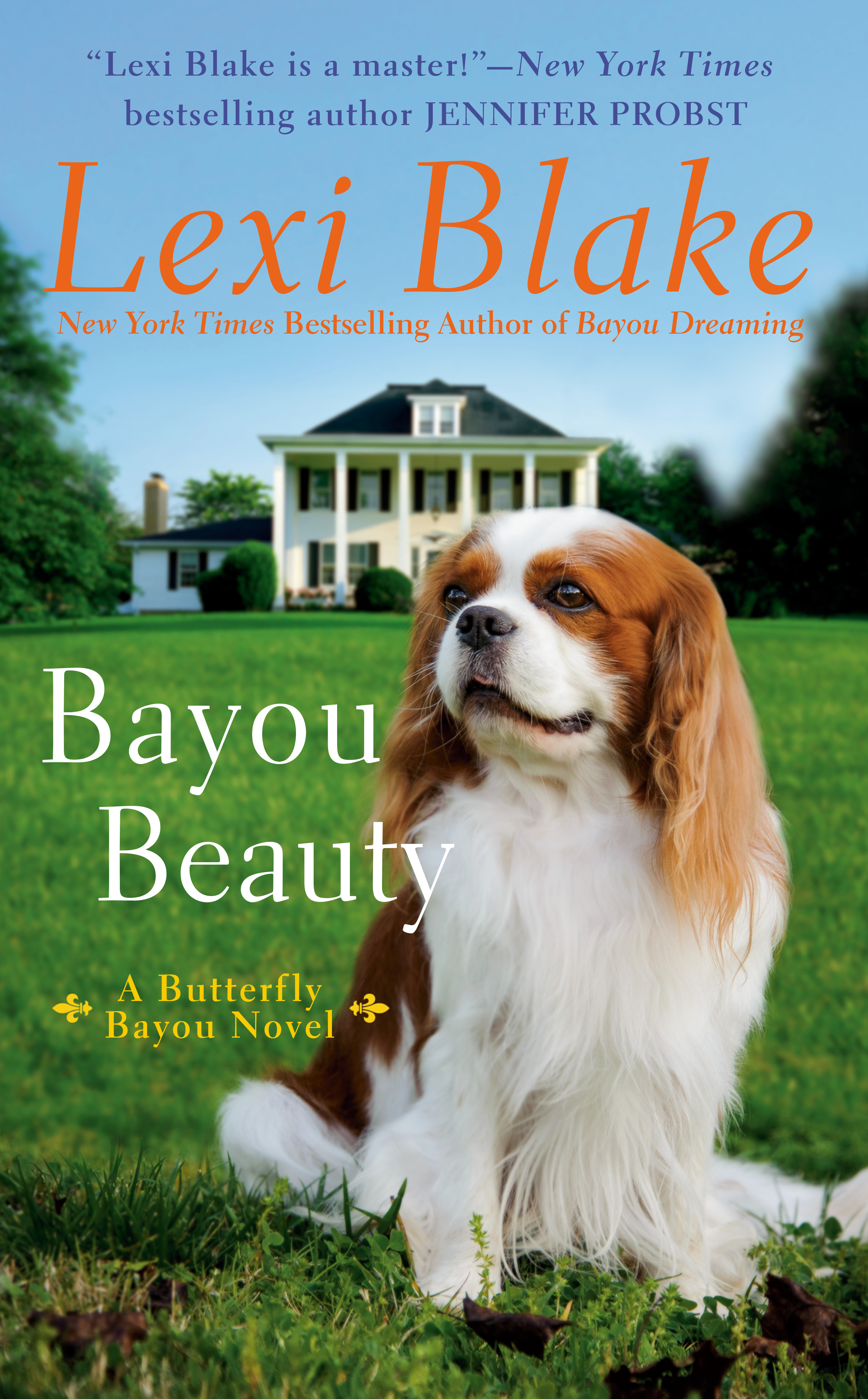 Bayou Beauty; Butterfly Bayou #4
(A standalone within a series)

A sweet return to the Bayou in Blake’s charming town of Papillon, LA.

Lexi Blake’s Bayou world is a slow stroll down charming neighborhoods and visits with old friends. It’s a vacation from the intense adventures of her Masters and Mercenaries world, but still just as enjoyable. The characters are well written and the entire plot is flushed out. It’s a place I enjoy revisiting time and again.

Papillon is a small town where everyone knows everyone, but in times of need they all rally together to lend a helping hand. It is certainly how Rene became so close to Sylvie’s family growing up even given their economic differences, in a town their size those differences didn’t matter in the eyes of children looking to play. As time wore on Sylvie developed a huge crush on Rene, but their age difference allowed them to grow apart, now with time and distance out of the way there is nothing holding them back aside from a cavern of years between them. They have to learn about each other all over again, but this time there is a ticking time clock working against them. Rene now has to marry to save his company and time is literally not on his side. When will they ever get a break?

It took a little bit to jump into the chemistry between Rene and Sylvie, but once they clicked the story really took off. I’m not talking about heat between the sheets either, I’m talking about their spark, their flirting, their mutual “I want you, but I can’t have you” vibe. It was like the zipper was off track at first, but it didn’t take long before they became unstuck and then zipped together, if that analogy makes sense.

There is a bit of a mystery that goes along with this story. The element of “who is behind the mask” is always fun to figure out while the characters are sorting out their feelings for one another. A sweet romance, with a bit of intrigue, to add to any summer reading.

Sylvie Martine was prepared to take Washington D.C. by storm, but she put that dream on hold when her beloved hometown of Papillon, Louisiana, needed her most. Now Sylvie’s the mayor of the tiny town on the bayou that holds her heart. But for Sylvie, this can only be a pit stop on the way to bigger and better things. The last thing she needs is an old love to resurface and threaten her goals.

Rene Darois’s whole life has been about serving his family–no matter how much it hurts. He’s used to sacrificing for his large extended family and the company his grandfather created. But he can’t believe the latest demand: he needs to find a wife and quick or he could lose it all. It would be a horrible situation. But he has just the solution: his high school sweetheart. Sylvie is everything he wants in a wife–smart, funny, and caring–and he planned to woo her anyway.

Now he just has to convince Sylvie that their love is worth it all, or he and the bayou will lose her forever.

𝐋𝐨𝐲𝐚𝐥 𝐋𝐚𝐰𝐲𝐞𝐫 is LIVE! Get ready to fall for this Leo! He’s ambitious, loyal and playful. 😉 I’m spitting mad when I get a call from my old landlord, saying I owe back rent because my ex stopped paying when I moved out.

Wanting to remove him from my life, I deleted his contact info from my phone. So, I text a number from memory, giving him a piece of my mind.

When my phone rings, imagine my surprise when I hear a voice on the other end of the line that sounds absolutely nothing like my ex.

It’s deep and sexy, and the best part is, he’s a lawyer. A very loyal lawyer named Sebastian Blake.

Sebastian is handsome, witty, and brilliant, which is everything my ex wasn’t. He wants to help my case, but our relationship goes much further than business. I think I’ve met the exact man I’ve always wanted in my life, but when an ex of his comes back with baby news, all future plans come to a screeching halt.

He wants to be a dad, and he wants me too. I want to be there for him, but when I uncover a secret that could ruin it all, I don’t know how to tell him that everything he’s excited about might not be what it seems.

Sebastian is the man of my dreams, so how can I be the one to destroy his?

Add it to your Goodreads TBR: https://www.goodreads.com/book/show/58430975-loyal-lawyer 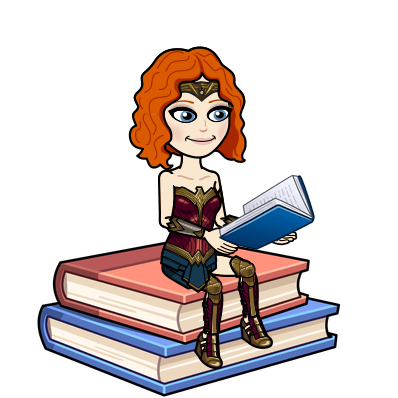 *Please note that the titles in this series do not have to be read in any particular order. Each story is unique and not interconnected. Zodiac Themed Stand Alone Novels.