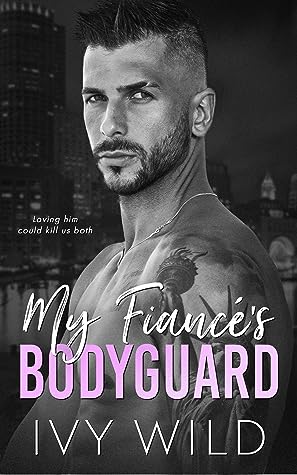 My Fiance’s Bodyguard
(A standalone)

A different take on the forbidden romance, with a grumpy hero that is easy to fall in love with and a sassy heroine with a ton of spirit.

Max and Madelyn are a slow to burn romance wrapped up in a mafia story that is unlike any other I’ve read before. Madelyn has basically been locked away for most of her life and her father has been unsuccessfully been trying to marry her off, that is until the big mafia boss asks for her hand and this time her greedy father doesn’t say no. The age difference is probably grandfather to granddaughter spread, but it’s what he does, his personality, etc…along with his age that has Maddie disgruntled with the decision and nothing will  stop her from halting the marriage, if it’s the last thing she ever does.

Max has worked for Johnny Maldonado for the past five years. He’s worked his way up in the organization garnering any information he can and he won’t let a wealthy princess get in his way of what he’s after.

Max was super grumpy about his job and Maddie was extremely oblivious about the world she grew up in…was this intentional? Knowing the beautiful style Ivy Wild typically writes, I’m going to say yes.

There were so many hints dropped along the way that there was a lot more depth to these characters than the shallowness they give off at first, it was certainly what kept me reading because I had to know what secrets Max was holding on to and I just knew Maddie was full of more than the princess cover she portrayed. I’ll just drop that yes, both characters grew in depth and the story was twisty and gave exactly what I was expecting from an Ivy Wild book.

These two, once they let their guards down, discovered they had more in common then they ever would have thought; a wealthy girl that Max calls Princess and a mafia thug with more than meets the eye. Perhaps with the same end goal, they could help one another, if they don’t get caught and end up dead in the process. 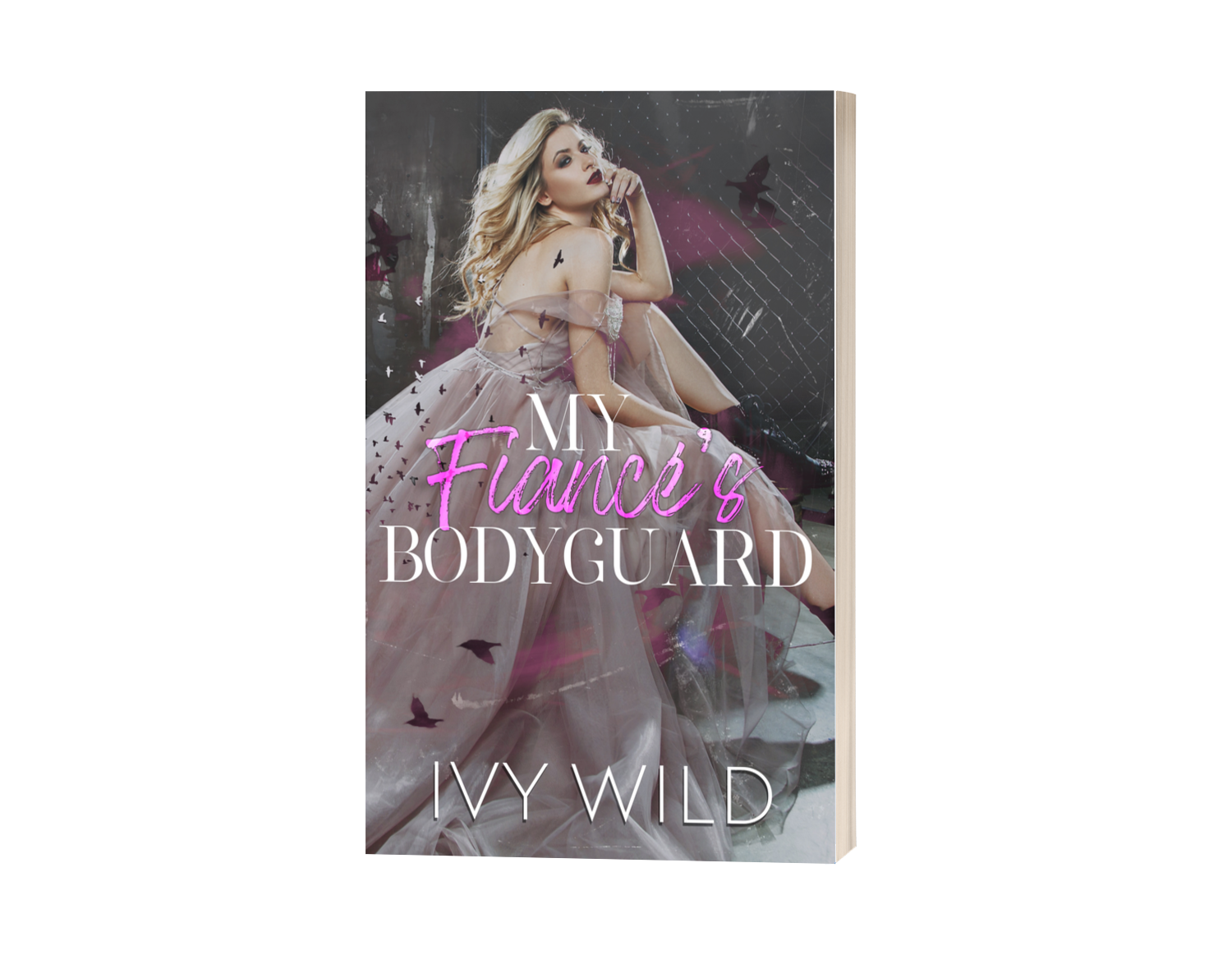 I thought the days of fathers selling their daughters were over.
Apparently, I thought wrong.
Because, in a few short months
I’m supposed to marry Johnny Maldonado.
His record is squeaky clean,
but anyone who’s been to Boston knows who he really is
and what he controls.
There’s only one problem:
I’m not interested in Johnny.
I’m interested in the man charged with his protection.
Maxon Holt. His Bodyguard.
When I ran away, he was the one to find me.
He’s not friendly and we don’t get along.
But, I find myself drawn to him.
Max is cold, dark, and distant.
And he’s harboring a secret.
One that could get us both killed. 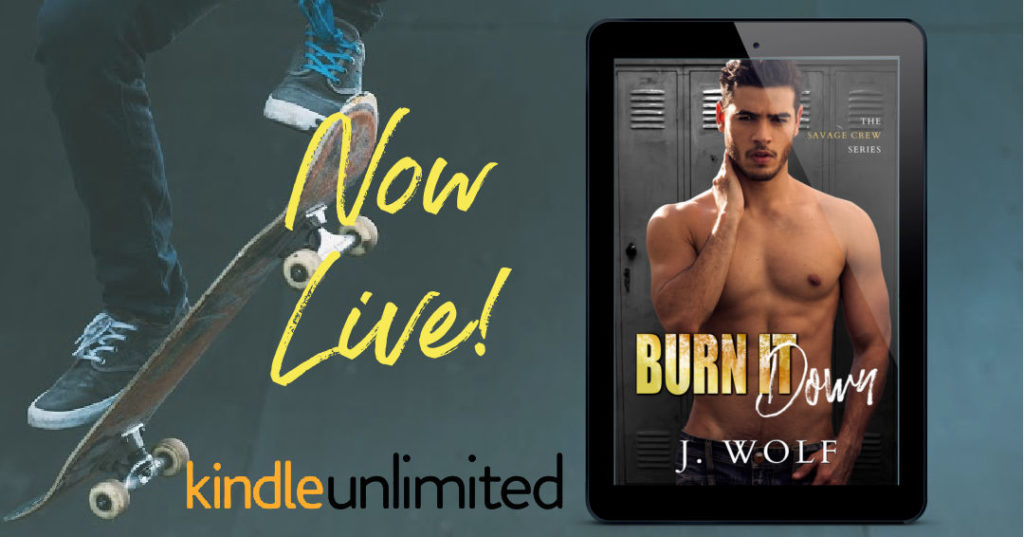 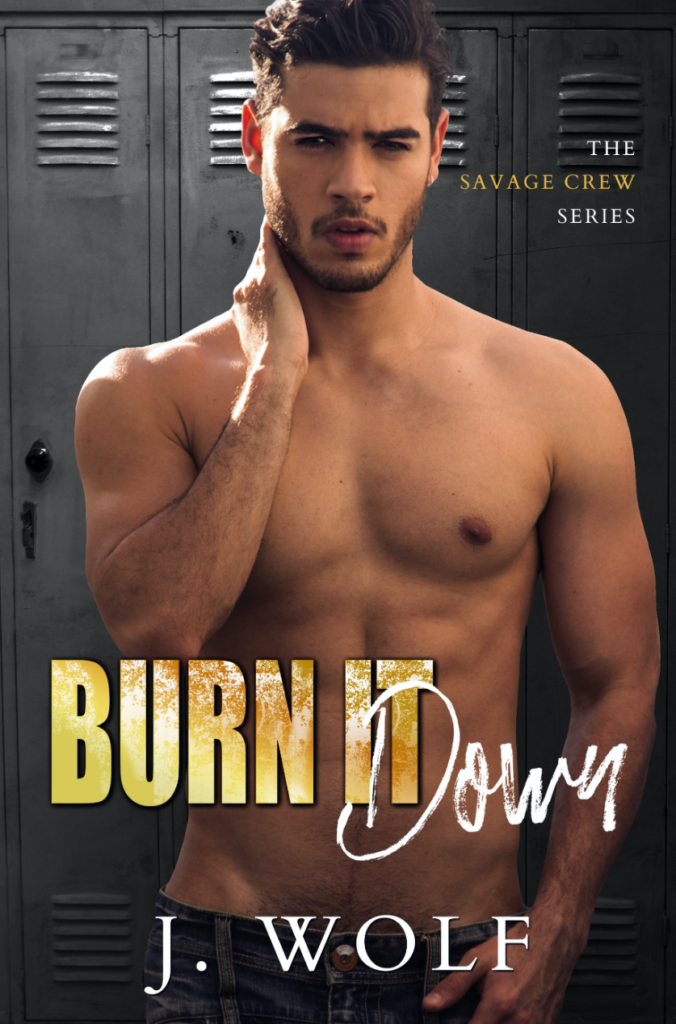 I’m the smart girl with my nose constantly in a book. The one with the level head who never breaks the rules…until I do.

And wouldn’t you know, the one person who knows about my case of 𝐭𝐞𝐦𝐩𝐨𝐫𝐚𝐫𝐲 𝐫𝐞𝐛𝐞𝐥𝐥𝐢𝐨𝐧 is the last one I’d ever want to find out.

Gabe Fuller might be Savage River High’s class clown, but as far as I’m concerned, he’s a 𝐯𝐢𝐥𝐥𝐚𝐢𝐧 𝐢𝐧 𝐝𝐢𝐬𝐠𝐮𝐢𝐬𝐞. Once upon a time, I gave him my heart, but our ending was no fairytale.

As the keeper of my 𝐝𝐚𝐫𝐤𝐞𝐬𝐭 𝐬𝐞𝐜𝐫𝐞𝐭, Gabe thinks he owns me. I’ll play along because I have no other choice, but I’ll never bow, and I definitely won’t fall…no matter how good his hands feel on my curves.

Add to your Goodreads TBR: http://bit.ly/BID-GR 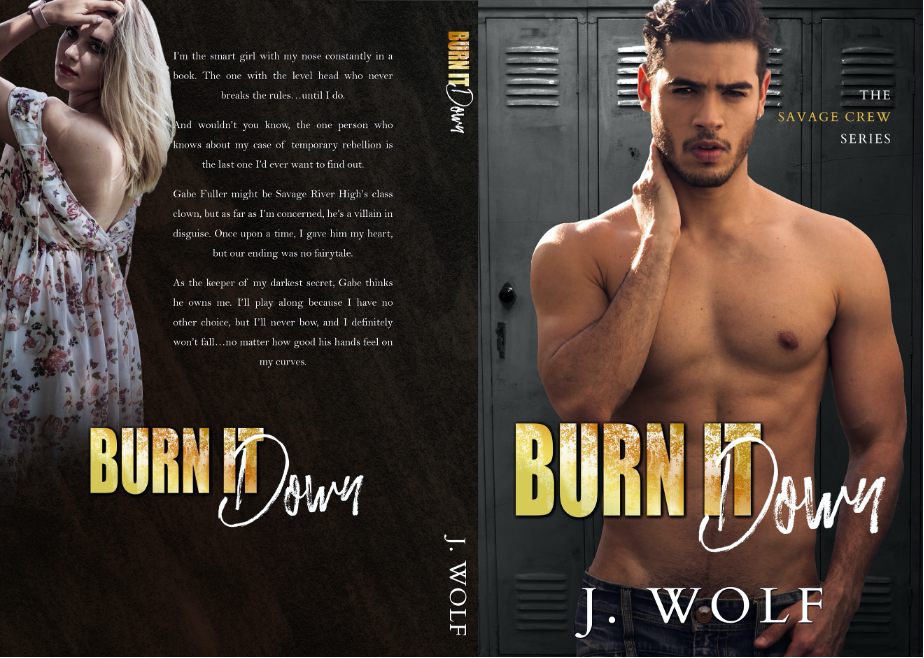 Read Kay’s Review: Burn It Down 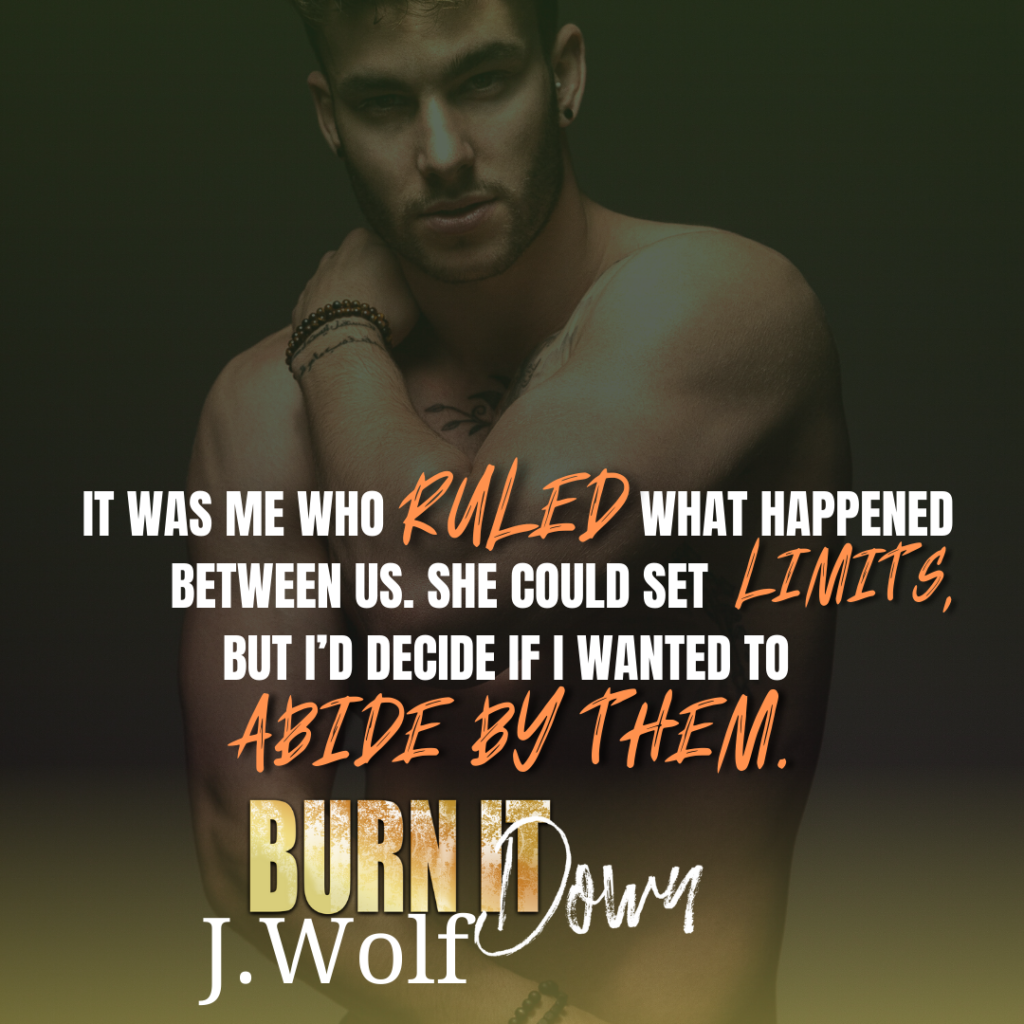 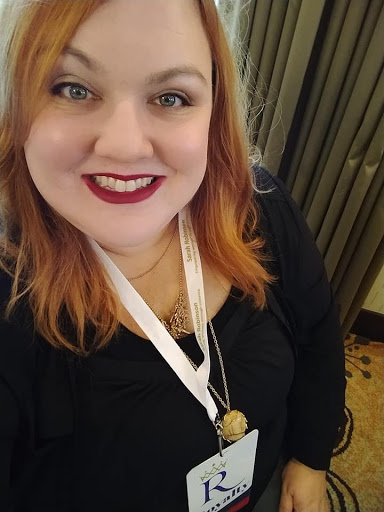 Julia Wolf is a lover of all things romance. From steamy, to sweet, to funny, to so dirty you’ll be blushing for days, she loves it all.

Formerly a hair stylist, she spent years collecting stories her clients couldn’t wait to spill. And now that she’s writing full time, she’s putting those stories to use, although all identifying characteristics have been changed to protect the not-so-innocent!

Julia lives in Maryland with her three crazy, beautiful kids and her patient husband who she’s slowly converting to a romance reader, one book at a time. 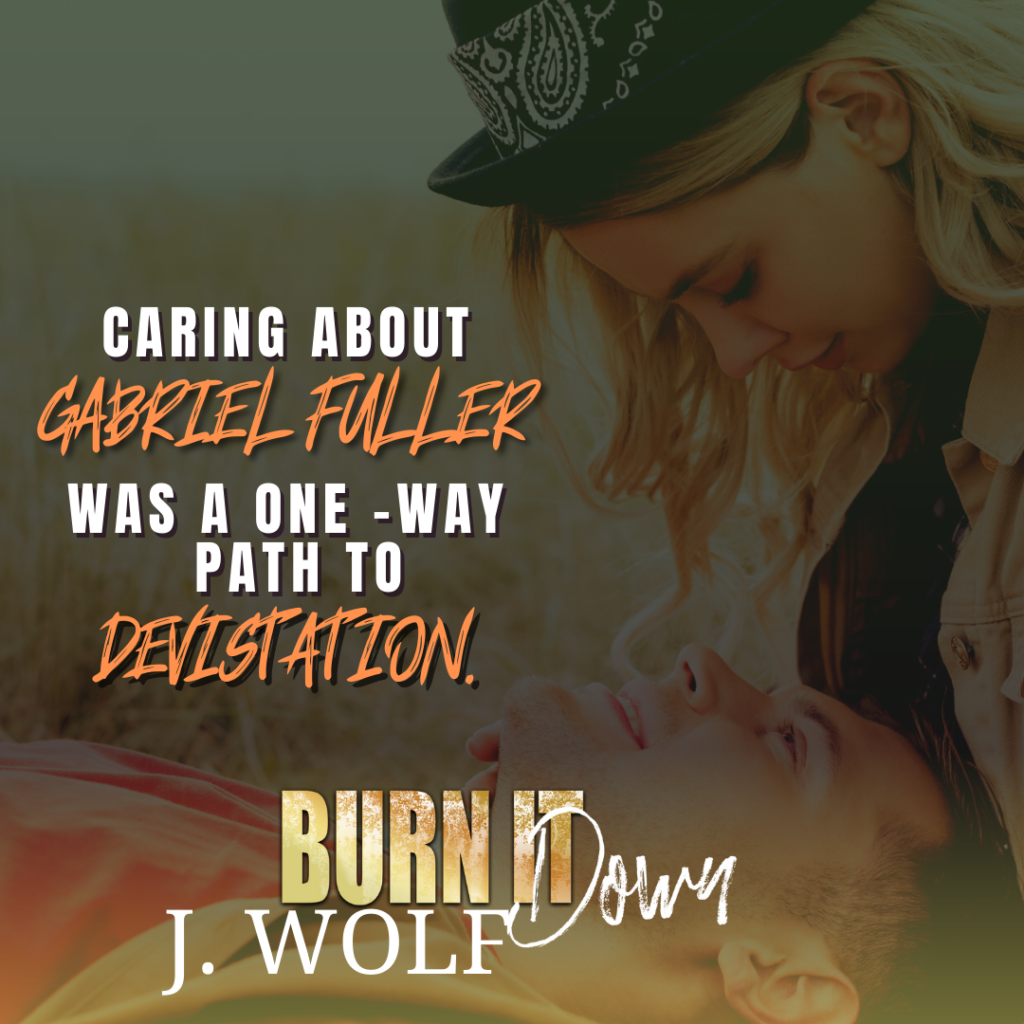