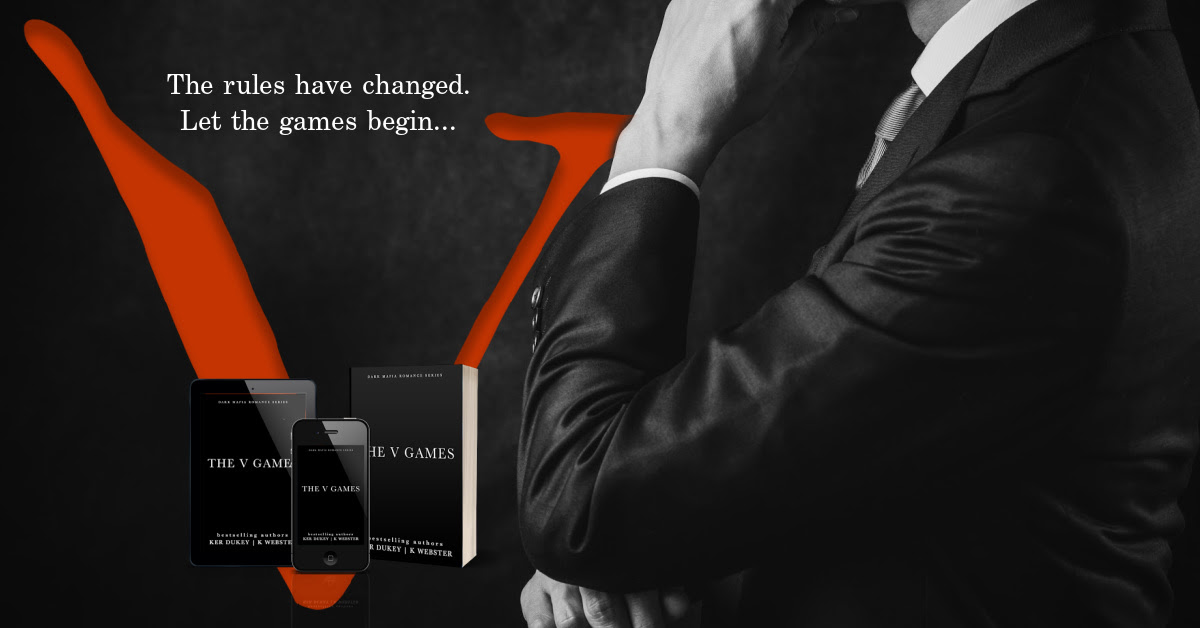 The V Games; The Complete Series 1-3
(A complete trilogy)

Welcome to the V Games…it’s dark and twisted and everything I love about diving into and reading this taboo trope.

Having all three books all in one collection so I could binge them was fantastic!! All three stories were epic and I was able to get my fix all at once, as each story flowed right into the next and built upon the other. I can’t imagine reading them as standalones because each story is truly interconnected and relies on the other.

The collection begins with Vlad. His family, Vasiliev, is one of the founding, First Families, that is bound by old rules like arranged marriages, gentleman agreements bound by handshakes and if broken you better be willing to die. Yeah, Vlad is also ruthless or should I say vicious and vindictive if you cross him.

Diana Volkov is also part of a First Family, but as a woman she is looked at as nothing more than a bargaining chip. She may be ruthless in her own way, but arranged to marry Vlad, she may never be more than a pretty trophy wife…but it’s not Diana that truly catches Vlad’s eye in this marriage agreement, it’s her sister Irina. It’s a good thing that Diana is always so busy running her own business it leaves plenty of time to distraction and Irina open for Vlad to plunder.

Oh…there are twists and turns and while there isn’t a lot to learn about the actual V Games in Vlad’s book, there is no escaping them in the next two.

Ven Vetrov has been in love with Diana Volkov for as long as he can remember, but it’s never been the right time to claim her. When circumstances literally throw her at his feet, he knows this is the time to finally tell her how he feels, but a deep and twisted game is at work and he may lose her before he really ever has her.

Welcome to the Vetrov family in Ven. His family is vile and sometimes Ven doesn’t seem to fit the mold of the Vetrov name, don’t let his affection fool you.

Diana is a formital queen in this dark kingdom. She’s been friends with everyone living in this world since she grew up with all of these men, but can she really come out of everything she’s been through and be a stronger version of herself? Can she reclaim everything or rebuild something new with the man who could be a better future than she ever dreamed?

Ven is a deeper look at the V Games. I loved this twisted place where champions duke it out with no apologies, but also if they live leave with huge spoils and forever nightmares. It was even better building upon Vlad’s book and made me salvate for what was coming next in Vas.

With each book building upon the next, Vas, was the dark horse within the family and the unknown factor overall.  He is a half sibling to Diana and Irina, only claiming his birthright upon reaching adulthood, which his father jumped all over since he’d only had daughters until Vas appeared. While Vas may not have grown up in the vicious cutthroat world like his sisters, he knows how to play dirty fighting for every scrap in the underground world. His heart may not be quite so hardened, but his fists are like steel.

Vas feels an instant connection to a slave girl held captive in the Vasiliev household. Darya is a special light having grown up in a convent until she was taken to be a mule used during the games. Vlad’s father keeps her for his own, but a shocking revelation changes everything and it doesn’t take long for Vas to take her under his wing.

Their story is perhaps the sweetest among the dark tales. Two tarnished souls who connect through a deep unspoken likeness. When the world around them is full of death, destruction, and depravity, they find the light within each other to pull each other out of the darkness.

What I also loved about Vas’ story is traveling to Moscow and training a new champion for the V Games. The champion choice isn’t a likely one, but it offers up great levity and insight into who Vas is and it’s an insight that shows Vas is very different from the other men in this series, but at the same time just as dedicated and family oriented too.

Each book is twisted together and shouldn’t be read as a standalone. Enjoy this dark collection while you can. 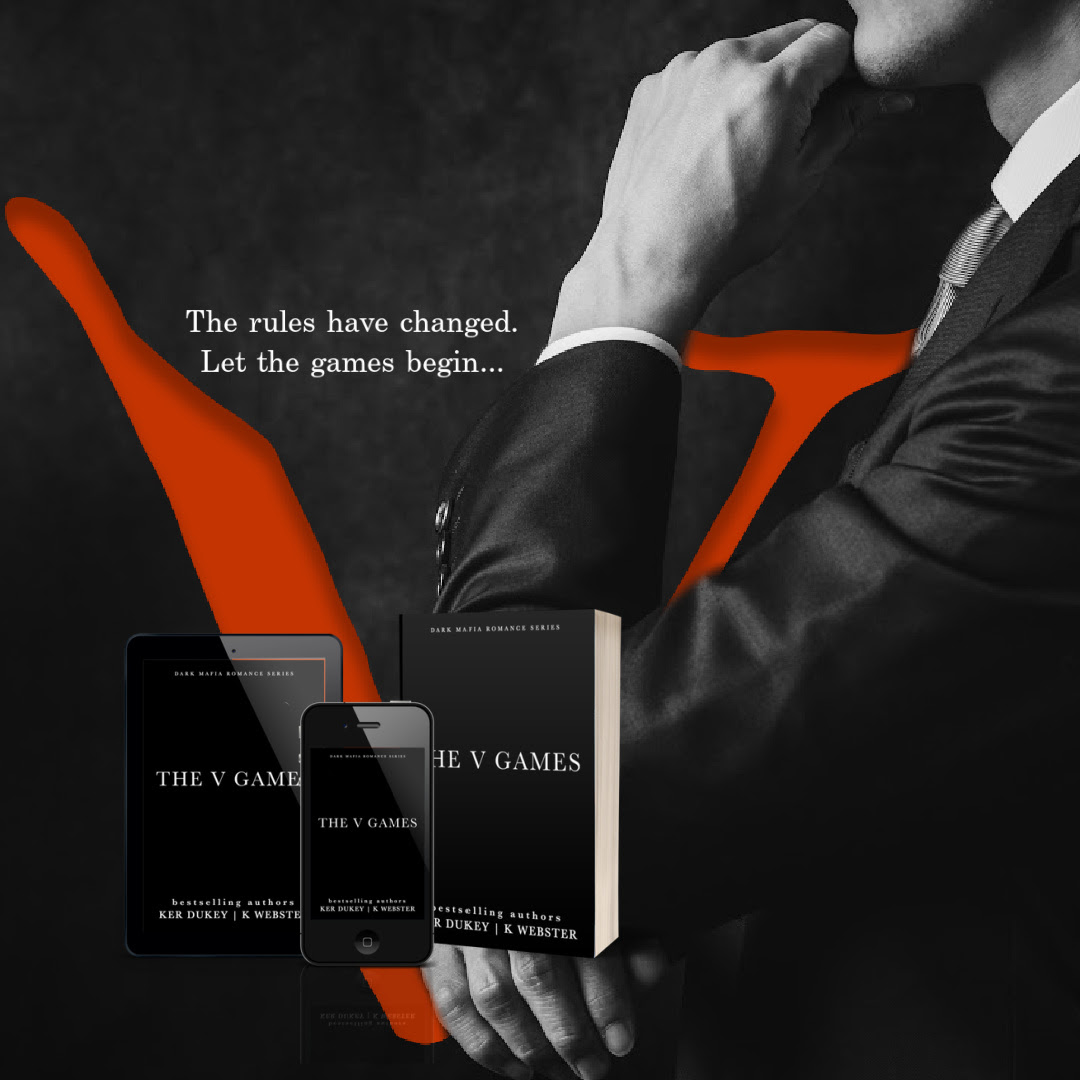 Power comes from money and fear and the men of The V Games have both in abundance.

They rule with an iron fist and do it well.

Their empires are built on blood and brutality and no one is immune to their wrath… or so they thought.

When love intervenes on their path to the top, it alters everything.

The rules have changed.

**The V Games series is a dark, crime steamy mafia romance series that might be triggering to some. It’s a complete fast-paced and page-flipping romantic suspense series that’ll keep you guessing at every turn. This series includes Vlad, Ven, and Vas.** 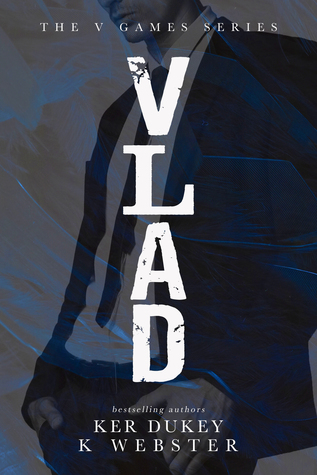 The Vasiliev name is a powerful one.
We rule with an iron fist and we do it well.
Being the eldest, I am Father’s best hope at keeping us at the top of the food chain.

The next move requires I marry and soon.
This will strengthen us and secure our position.
But I am not to marry her.

I am to wed the eldest Volkov.
Problem is, her younger sister is the one who awakens my dead heart.
It is her I want in my bed and by my side forever.
Her. Her. Her.

In this game, though, it’s not about what I want.
But maybe it can be about what she wants.

I am Vlad.
Vile. Vicious. Villainous. Vasiliev.
And I will win eventually. 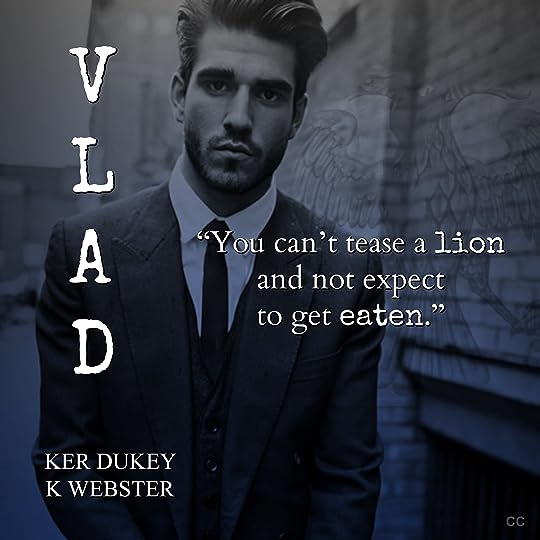 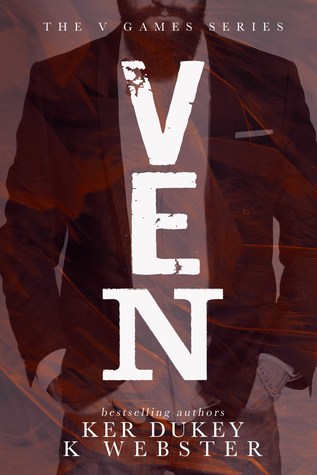 The Vetrov name comes with expectation.
My role in this world is simple: do as Father asks and live my life how he planned it.

My future is already written: run the empire.
Old Values. Old Rule. Old Money.
Until her.

When the Volkov rose showed up at my home a disgraced package, hand-delivered by a Vasiliev prince, I began paving my own path.
I vowed to make her bloom once more.

She consumed me.
Her. Her. Her.

But you can’t love a rose and expect not to be damaged by her thorns.
She cut me too deep.
And I bled out.
My soul fled.
All that’s left is a cold, calculating monster.

I am Veniamin.
Volcanic. Victorious. Valiant. Vetrov.
When you enter my world to play games, prepare to lose.
In the end, I always find the thorn in my side, and I pluck it right out. 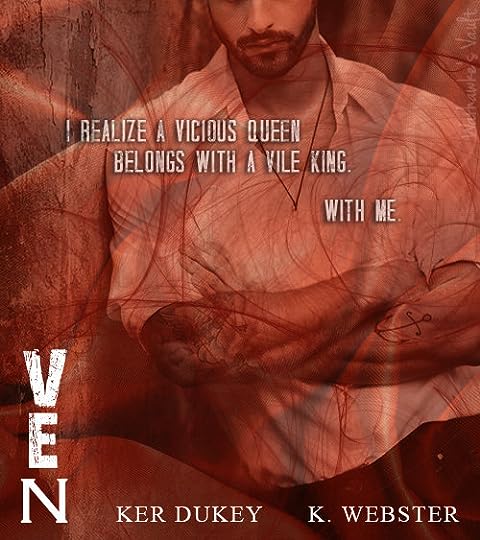 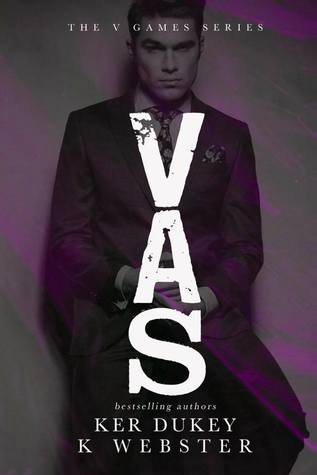 The Volkov name is one I longed for.
Their household is one I grew up in, but not as an equal—as a maid’s son.
This didn’t stop me from becoming a man to be reckoned with.
But even with my rightful name finally given to me, I still feel adrift.
Until her.

Everything I did was for acceptance.
Everything I lost brought me to my family.
To this life.
To her.

She has shown me there is light in our pitch-black world.
That the stars can’t shine without the darkness of night.
She is the stars, and I am the sky in which she shines.

There is evil lurking in the shadows we create.
The corruption and depravities of the First Families have become toxic and are infecting us all from within.
Games have been played, and now, they must end.

I am Vas.
Vocal. Voracious. Vindictive. Volkov.
A devil in love with an angel, and together, we’re going to rule Hell on Earth. 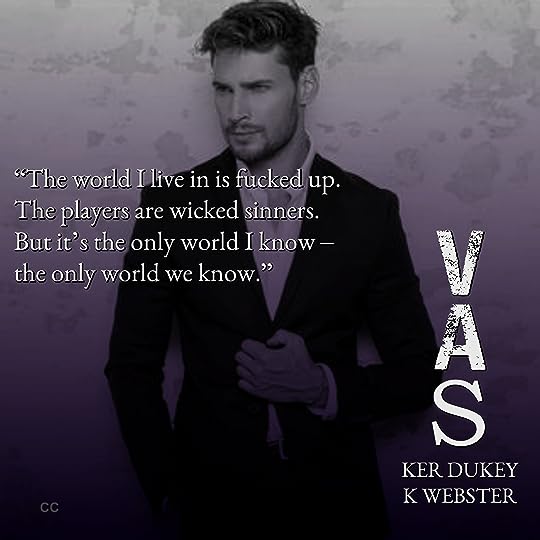 ***This is book three in The V Games series. Vlad and Ven must be read first in order to understand this story.*** 1 thought on “Review – The V Games by Ker Dukey and K. Webster”