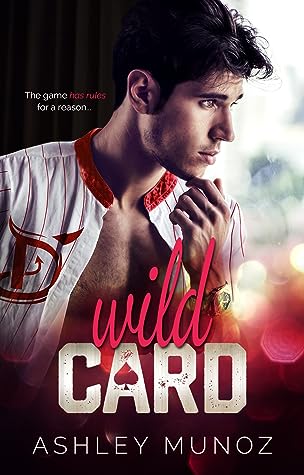 Wild Card; Rake Forge University #1
(A standalone within a series)

Angsty love, twists and turns, a big gesture, AND a deep soul connection…sigh…Wild Card brought it all and it was perfect. Ashley Munoz wrote fantastic characters that pulled me in and made me fall in love. Wild Card is a winner!!

Mallory needs a fantastic story for her journalism class to get a chance at an internship and when an idea lands in her lap she finds it hard to refuse the opportunity of a lifetime, but how far is she willing to go to get her story?

Decker wants revenge on the man who has ruined his future, but to do so he has to take something Elias covets. How low is Decker willing to lower his moral table in order to get his revenge?

She needs a big story, he needs a revenge move, they both lie to get what they want, but will it end in disaster?

Wild Card is soooo incredibly good, the entire story is angsty and twisty and plotted to perfection. Both Mallory and Decker have their reasons for achieving their goals and while they are both remain steadfast in obtaining their goals even when their emotions get involved neither give up.  I love that Ashley didn’t allow either character to drop their personality traits or change completely just because they began to catch the feels, it kept the story cohesive especially with the unexpected ending, but it made my heart race up until the very end.

This is the first book in the Rake Forge University world and I can hardly wait to return to read more about the other players and friends.

The game has rules for a reason…

This was it…I could see it in my editor’s eyes. This was the last straw. One more misstep and I was going to lose my coveted internship.

I decided right there in my room, lime-flavored tortilla chips in hand, that I would do whatever it took to write the story of the century.

And I had my target in sight—the undefeated Devil’s baseball team. They were RFU royalty, and completely untouchable.

Their parties were impossible to get into unless you were handpicked, and I was not.

Even still, I had a solid plan.

I would not get caught, definitely not seduced, and absolutely wouldn’t die.

That is until I was stopped and rendered totally speechless by a pair of mossy eyes.

He lured me in, close enough to feel the press of his mouth against my skin and the heat of his hands on my body. Undoubtedly, I was a sheep headed straight for the slaughter, which only proved true when he called my bluff.

With him holding all the cards for my future success, and in order to salvage what remained of my dream, I did the only thing I could.

I made a deal with a devil.