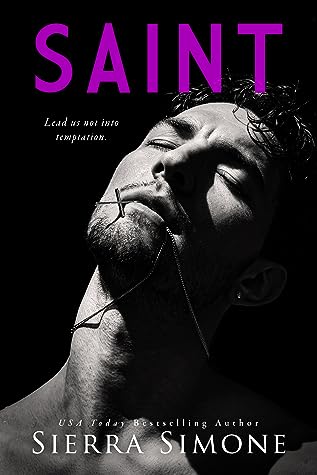 Saint; Priest #3
(A standalone within a series)

Once again, Sierra Simone has blown me away with a deeply touching story. Saint is spiritual, it’s emotional, it’s loving, it’s family, it’s moving, it’s so many feels the goosebumps just kept coming over and over.

Elijah and Aiden were boyfriends until Aiden walked away and joined an Abbey to become a monk. What makes it hard for Elijah to understand, there wasn’t closure, there wasn’t discussion about Aiden’s decision, and there wasn’t a goodbye before Aiden left. There was nothing, just one fateful night that changed Aiden forever…that night brought tears to my eyes and still brings goosebumps running through my entire body right down to my soul everytime I think about it.

If Aiden hadn’t left and broken Elijah’s heart, Aiden might not have survived to even be there five years later for Elijah to be angry at. Yes, five years, but it was necessary and this is one story not to miss.

Aiden is no longer Aiden, he is now Brother Patrick and structure, prayers and the simple life is how he now lives his life. No more jet setting all over the world, making millions, partying, and especially no more loving Elijah. Well, he may still be working on the last one, but that is one sin he can’t seem to let go of. Aiden is lost when he arrives at the Abbey and the only way he feels he can help himself is with a strong hand in faith. He’s stepped so far off the path of his life, he needs guidance. He’s in the dark and the Abbey is his light. He didn’t leave with the intention to hurt anyone, he didn’t leave his past behind in spite. Aiden is at his lowest. Aiden is lost.

This is only the second book I’ve read by Sierra and I already know I can’t get enough. Her books make me think, they make me feel, and they touch on topics that are relevant, but also a tad taboo. Sierra is able to combine faith, hope, and love in a way that isn’t casting a shadow on any one road or path to what is right or wrong in religion. What works for someone doesn’t necessarily work for someone else, but that doesn’t make it wrong, it just doesn’t fit for that particular person. For example, there is a beautiful part where Aiden is praying while out in the field, the sun beating down on his skin, it’s just him, nature, his prayers and God. There is nothing more pure in that moment than what is between you and the god you pray to and it was a revelation to even Aiden after almost five years in the Abbey that no matter where he was that was the relationship he was seeking. That was a true awakening for him. He released he didn’t need a building, people surrounding him, etc…God was everywhere.

Through the journey, Aiden may have been working on his relationship with the man upstairs and with Elijah, but he struggled with combining the two. How could he still have feelings for Elijah and still keep his vows as a monk?

I will come back and pick up a Sierra Simone book again, for sure, as I adore and appreciate the time and research she puts into her books.  I get goosebumps over and over again with her divine like writing. 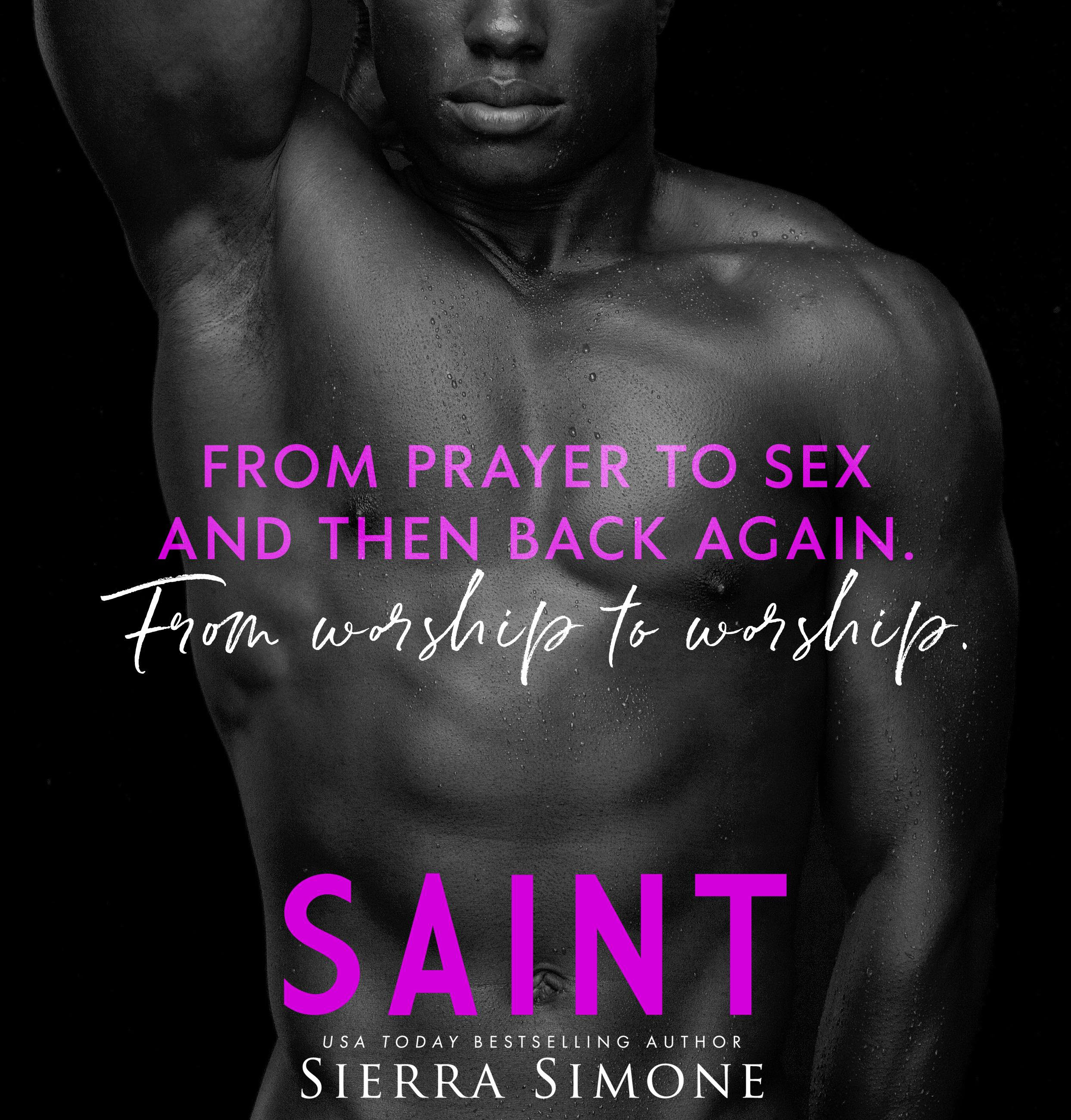 I can’t have Elijah Iverson.

I can’t have Elijah because I’ve chosen God instead.

The Bell brothers, though . . . well, we don’t exactly have the greatest track record with vows. But I’m determined to do this monk thing right—to pledge myself to a cloistered life and spend the rest of my years in chastity and prayer. But now Elijah’s here. He’s here and he’s coming with me on my European monastery road trip, and between the whispered confessions and the stolen kisses and the moments bent over an ancient altar, my vows are feeling flimsier by the day.

And vows or not, I know in my heart that it would take more than a good and holy monk to resist Elijah Iverson right now. It would take a saint.

And we all know that I’m no saint.

**This is the third full-length standalone in the Priest Collection, featuring Father Bell’s brother, Aiden Bell. You do not have to read Priest or Sinner to read Saint.)This is Aiden Bell’s story**

***Saint is a standalone companion to Priest about Father Bell’s brother Aiden. You do not have to read Priest or Midnight Mass to read Saint***

Part of the standalone-series in the Priest Collection: