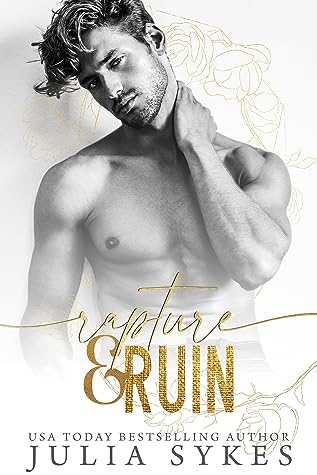 I  loved how this book began. Max, was looking for justice by kidnapping the mayor’s daughter, Allie, but when that ran south he actually let her go. Max believed the mayor was behind sending his family to jail. While he believes his family is guilty of the crimes, he also believes the mayor isn’t the saint he portrays to the world either. I wasn’t quite sure what Max wanted, but I still liked the concept that he wanted to take some form of justice out on Allie, but one thing leads to another and soon these two become more entangled and feelings get involved.

Allie wants to prove that her father is innocent so when she tracks down Max she only seems to dive deeper into his world and as these two spend more time together she sees the man behind his beastly mask. His gentleness with her is so different to what he wants to portray, it draws her in, but how could it ever work between them?

If there was one thing that bothered me, it was Allie, Max pointed it out plain as day to her over and over again that she is horribly naive. I understand that her father sheltered her, but in this day and age she lives in a world with social media and she clearly has a phone and her best friend is an influencer, so coming off as clueless as she does is a hard pill to swallow, at least as often as she does.

Aside from that, there is a lot of chemistry between Max and Allie, which helps move the book right along. Also, perhaps it’s in Allie’s naivety that helps keep blinders on to Max and the mafia world he comes from which keeps that chemistry brewing.  Although it doesn’t help their budding romance for the big cliffhanger and now we all wait…what’s going to happen?? Will Allie find the truth or will Max become the monster he claims to be?

“I am a monster out of your worst nightmares.”

Max Ferrara is a madman and a monster, but it’s not his scarred face that makes him a beast. He kidnapped me and tied me to a chair in his basement. He asked me crazy questions about my father, the mayor—insane ramblings about how my dad worked with the Russian Bratva to destroy his Italian Mafia family over a decade ago. Max thinks I know something about this conspiracy, but he’s wrong; my dad is a good person.

Once he lets me go, I’m determined to prove to him that my father is innocent. I have to put a stop to his misguided vendetta. But the deeper I dig for evidence, the more dangerous my life becomes.

Max tells me there are other monsters lurking in the dark, and he intends to protect me from them. Whether I want him to or not.

The scariest thing? I’m starting to think that Max Ferrara might not be so monstrous, after all…

2 thoughts on “Review – Rapture and Ruin by Julia Sykes”