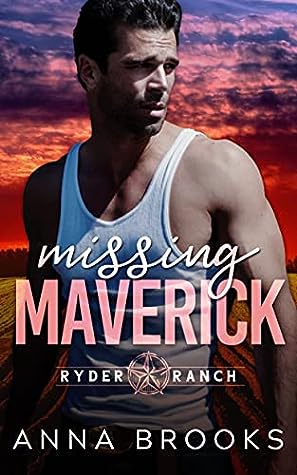 Missing Maverick; Ryder Ranch #3
(A standalone within a series)

Full of angst, second chances, and lots of family. There is a ton of emotion in this third Ryder Ranch book, so get a box of tissues ready.

There were so many people affected when Cricket McBride left town over a decade ago. She not only was Mavericks girlfriend, she was woven into the very town, the very Ryder family. When Cricket left she left Maverick, his brothers, his sister and other people in their small town. Moving back wouldn’t be easy, but Cricket is returning after nearly fifteen years without a word. While making amends won’t be easy she doesn’t plan to stay hidden and she’ll start with apologizing to the man she hurt the most.

Cricket had no idea Maverick was a father, two times over. While she was living in New York, married to another man, she never envisioned that he would have children with someone else, but the truth is, Maverick hasn’t been living his best life. He’s been wallowing in misery since Cricket left. While he loves his daughters, he doesn’t exactly love the women he fathered them with. Does he picture his life differently…every day. He pictures living with Cricket and raising his children with the woman who still holds his heart, but does he trust Cricket….not a chance.

Can these two pick up the pieces after so much time, so much pain, so much water under the bridge?

Missing Maverick is full of emotions. Cricket played an integral part in so many peoples lives that this book weaves through a lot of the Ryder family as she makes amends. It’s a story about redemption, forgiveness, and second chances.

I was going to love her until my last breath, and she promised to do the same… but she lied.

Cricket McBride packed up without warning, ditching our small town and the life we were going to build together. She left me with tears in her eyes, a kiss on my cheek, and an empty heart that had done nothing but hardened over the years.
My life wasn’t what I thought it would be, but I’d long since accepted it for what it was. I was content with working on my family ranch and being the best father I could. And I was fine with that.

Or so I thought.

When Cricket returned, one look was all it took for me to admit I still cared, but it wasn’t until I saw the marks on her skin and the pain in her soul that I realized just how deep that love went. Because the same hands that held her tight also promised to protect her… and I never broke a promise.