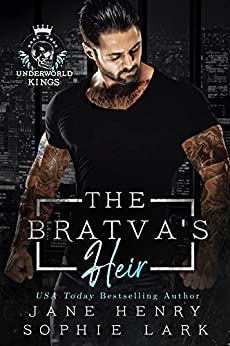 The Bratva’s Heir; Underworld Kings
(A standalone within a series)

A very powerful personality mixed with a soft submissive….the dynamic in this bratva novel was quite fascinating and while D/s isn’t a new trope for me, the thrill of an escaped convict pursing his innocence while his normal life isn’t exactly innocent per say, The Bratva’s Heir turned out to be quite the page turner.

Constantine Rogov is heir to the US Russian mafia. He lives a life of corruption and crime, so the fact that he’s in jail shouldn’t be a surprise. It’s actually the conviction itself that has Constantine upset and wanting to clear his name. When Claire Nightingale is sent to psychoanalyze him Constantine takes matters into his own hands, turns the tables on the young doctor, and basically “Harley Quinns” her over to the Dark side of thinking.

Claire Nightingale is a correctional Psychologist who is still learning and building her psychiatry business. Working at the prison is her way of giving back to a broken society, but she never thought her patient, Constantine, would be quite the trouble he ended up being.

I don’t know if Stockholm Syndrome is quite the right term, considering they didn’t spend a ton of time together before Claire became fascinated with Constantine, but this is the road they fall down together.  Attraction to an abductor and the abductee taking full advantage of it.

Constantine wants to find retribution for being wrongfully locked up and having Claire by his side is his ace in the hole, but he also begins falling for the woman who should just be a pawn.

Claire should know better than to fall for a patient. As a doctor of the mind, she knows all the pitfalls and tricks, but she can’t stop the landslide into the madness. Constantine interrogates her mind, her body, her soul and she’s weak when it comes to him. However, when the facts begin building up she no longer believes he’s mad and instead begins helping him. What began as madness might not be madness afterall.

The Bratva’s Heir is thrilling, intoxicating, and very steamy.

Worlds collide in a brand-new mafia romance by Sophie Lark and Jane Henry.

A stand-alone novel in the Underworld Kings series

But Clare brings me light.

My sweet little bird will be my ticket to freedom.

The first time I saw her, I had to have her.

From her big, dark eyes, to the curves she can’t conceal…

The way she can only hold my gaze so long.

The way she shivers every time I move inside these chains.

And most of all, the way she’ll bend the rules when I order her to…

I know a natural submissive when I see one.

Her degrees and titles don’t change who she is: a woman who will bend to my will.

She doesn’t know it yet, but Clare is mine.

Mine to train. Mine to protect. And mine to control… 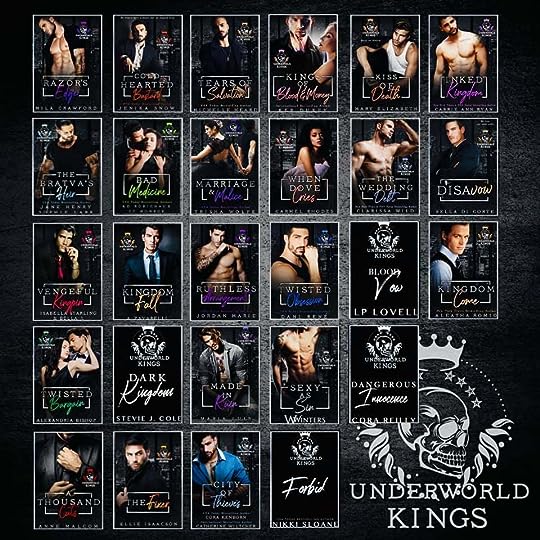