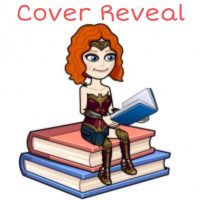 The Man from Sanctum, the all new must read standalone in the Masters and Mercenaries: Reloaded from New York Times bestselling author Lexi Blake is coming March 8th, 2022 and we have the stunning cover!

Add The Man from Sanctum to Goodreads: https://bit.ly/3FqNcLV

About Lexi Blake
New York Times bestselling author Lexi Blake lives in North Texas with her husband and three kids. Since starting her publishing journey in 2010, she’s sold over three million copies of her books. She began writing at a young age, concentrating on plays and journalism. It wasn’t until she started writing romance that she found success. She likes to find humor in the strangest places and believes in happy endings.

Bianca has finally found her rightful place amid the powerful Constantines. But all is not what it seems in this glittering new world. And Tiernan Morelli refuses to give her up...
All that's forgotten isn't always gone...
🎄🔥HOT NEW RELEASE🎄🔥
🔥🔥COVER REVEAL🔥🔥