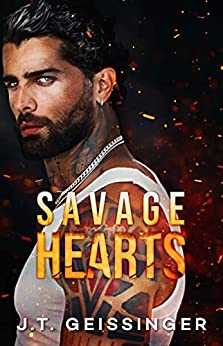 Savage Hearts; Queens and Monsters #3
(An interconnected standalone within a series)

Dark and steamy while filled with laughter, this is totally my kink…yessssss! Savage Hearts is mafia romance with a humorous twist. It’s funny from beginning to end and filled with delicious men the entire way.

Oh my gosh Riley is funny. I snickered through so many chapters, okay, every chapter Riley appeared in, especially with her inner thoughts, but seriously, this is a mafia romance front and center, but I love how Geissinger weaves so much comedy through her stories. It’s truly my favorite thing.

Riley gets a call from her estranged sister, Sloane who is getting married to Declan O’Donnell (two characters front and center from her last book). These two sisters are snarky 1000% and while they are funny together, just wait until Riley gets her eyes set upon Malek Antonov. I don’t think this girl takes anything in her life seriously and I love her more for it.

Malek is an assassin for the Russian Bratva and he’s set his sights on taking out Declan. He gets a tad distracted by Riley and considering his job normally involves murder Mal ends up padding his resume with a few extra job skills by the time he’s back in Russia.

Every chapter in Savage Hearts is funny and this couple has a unique beginning for sure. I’d also say that even if the first books in this series haven’t been read there is enough information added to catch up without being lost.

When my older sister calls out of the blue to announce she’s getting married, it’s a shock. She’s not the settling-down kind, and we haven’t spoken in almost three years.

Even more of a shock? Sloane wants me to visit her and meet her new fiancé. Curious, I decide to take her up on the offer.

I should’ve known something was wrong when she wouldn’t tell me where I’d be going. I should’ve known things were odd when she sent a private jet to pick me up. But there’s no way in hell I could’ve ever guessed what would happen when I finally meet her fiancé.

Declan O’Donnell.
Head of the Irish Mob.
Target of a savage Bratva assassin who wants revenge for the murder of his brother.

Now, I’m thousands of miles from home, I’m smack in the middle of a mafia war, and I’ve got a Russian assassin who’s decided he likes the looks of me.

Author’s Note
This book features Sloane’s little sister, Riley, and Malek, the Russian assassin who wants revenge on Declan for killing his brother, Mikhail, in Carnal Urges. They’re both new characters. There will be appearances from everyone in the two prior books, including Kage/Nat, Sloane/Declan, and your favorite side characters.

Diego’s fate remains undetermined. He’s in Savage Hearts as well, but I’m not sure if I’ll give him his own book or not. 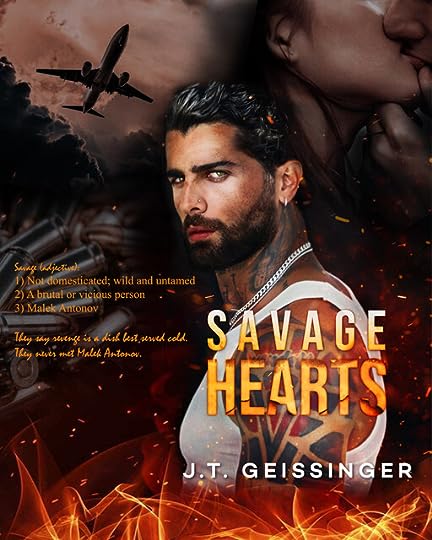