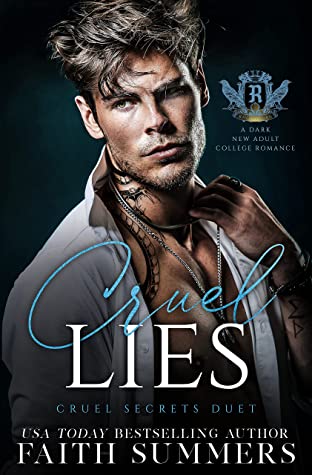 Full of suspense, mystery, and tons of angry chemistry (enemy-to-lovers boiling over passion kind of chemistry).

Cruel Lies is a mix of mafia, secret society, intrigue, forbidden love, dark secrets, dark moments, basically it had all my favorites mixed into one story. It’s an attention grabber from the very beginning and this is just first half of the duet.

Willow loses her entire family at a young age, but is burdened with a huge secret that tears apart the one relationship she holds dear, Caspian her best friend and first love. Her life ends up tailspinning and catapulting into unknowns she never saw coming, but to make matters worse, her ex-best friend isn’t done ruining her life.

Caspian is used to living under the rule of unrealistic expectations under his father’s unloving hand, but when his father specifically tells him to stay away from Willow, it’s like dangling the forbidden fruit before his eyes. Caspian may have missed his best friend for years, but when she begins at Raventhorn she becomes his forbidden obsession.

At first Caspian only wants Willow for the forbidden passion, but soon long hidden secrets come to light and the old Caspian he thought he’d buried comes out and he suddenly needs to protect the woman Willow has become.

Cruel Lies has so much mystery, passion, and forbidden darkness at every turn. Yum.

He’s my villain, my monster, my forbidden path…
Caspian Ivanov and I come from the same dark world.
One where the Bratva and the secret society reign.
And, he’s the son of their ruthless leader.
“I’ll destroy you.”
That’s the last thing he said to me.
It was on the night of the Reaping.
Hard to believe we were ever best friends.
His vengeance is, however, the price I pay for keeping a secret I shouldn’t have kept.
A secret that ripped our families apart.
It made us forbidden to each other.
That’s when he became the viperous devil.
Breathtakingly beautiful but with a cold black heart.
Like any snake, he wanted to poison me.
When our paths collide at Raventhorn University, I stay away from him.
What I don’t expect is to become his obsession.
Or to be forced to become his wife.
Except, we might not get to say I do.
Because someone wants me dead.

Cruel Lies is the first part of the Cruel Secrets Duet and is NOT standalone.

It is a dark mafia/ secret society college bully romance filled with mystery, suspense, and plenty of sizzling hot steamy scenes.
Please be warned this book is DARK. It contains dubious and other triggering situations that some readers might find offensive or be sensitive to. Please don’t read if any of that bothers you.
The Cruel Secrets Duet is set in the Raventhorn world. 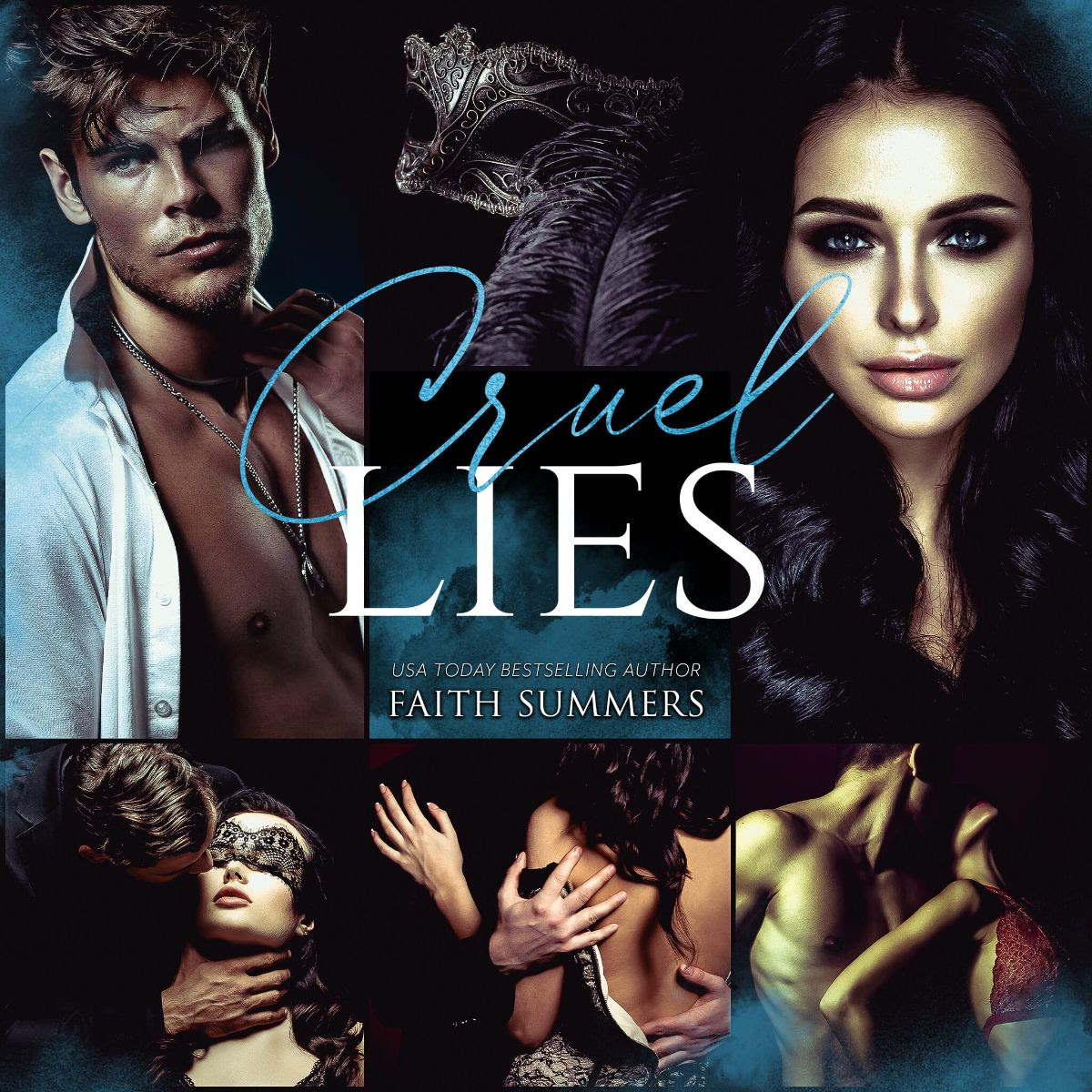