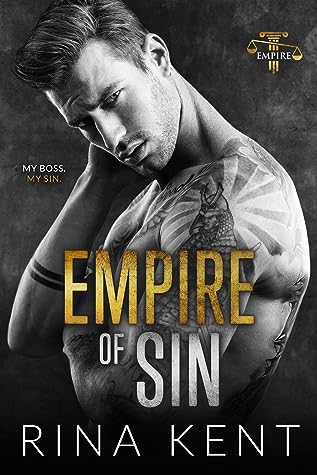 Worlds merging, stars alining, and secrets uncovered…plus, hotness everywhere…Empire of Sin is pure epicness!! I sat down and this beautiful baby was read cover to cover in one fantastic sitting. I loved, loved, loved it!

Knox Van Doren and Anastasia Sokolov are two characters that pure reading gold. Not only are they plucked from two of Rina’s amazing other series, but on their own they are just brilliantly fantastic together.

Anastasia is escaping from the dark world she was raised in. The bratva leaves little room for hugs and kisses, especially when she is the only daughter of the bratva leader. Taking matters into her own hands she transforms herself and creates a new identity – Jane – and escapes. Somehow destiny put her in the path of Knox Van Doren and she is weak to say no to his tempting allure even when she knows it’s the last place she should be.

Knox doesn’t take kindly to lying. He especially doesn’t like when he’s been duped. When he realizes his last one night stand is working in his building and has completely transformed her appearance, he’s already angry about her lies. This time his little liar won’t escape his warpath. Jane or whoever she says she is is about to learn a lesson.

Is it wrong to say I was giddy excited through this entire book? First of all, Knox and Ana are raging hot right from the start and their chemistry never lets up – that can sometimes be hard to do when characters start off full steam, where do you go-right, but Knox and Ana only seemed to get hotter as the story progressed, their passion burned brighter as their emotions grew. That is truly the best kind of reading.

Next, the cameo appearances had me squealing over and over again. Rina stuck to this book being a standalone and she did a great job of it, you didn’t have to be an expert on Rina’s books to understand who the characters are, but personally, having read her other books it totally made me excited to view these glimpses and have a brief catch up into past character lives.

Lastly, the pure adrenaline of how these two, from completely different worlds could ever make it work. End of day, Ana is a mafia princess and Knox is a lawyer who is used to bringing bad men to justice. How can these two worlds really work? I will not give away one iota on this topic, because I was on the edge of my seat until the very end and that is how it should be.

Everything about this story is page turning magic!!

I’m not the type who has one-night stands.
It wasn’t supposed to happen, okay?
A couple of drinks and a sinful British accent later and I’m in bed with a stranger.
Of course, I left first thing in the morning because I’m a responsible adult.
An adult who has a new job that I need in order to keep my double life a secret.
Little did I know I’m not, in fact, responsible.
Because the stranger I left in bed? Yeah, he’s not a stranger after all.
He’s my new boss.
Knox Van Doren might have a charming smile, but a true villain lurks beneath it all.
And like any villain, he’ll use my sin against me…

No other books need to be read prior to this.

EMPIRE OF SIN IS A COMPLETE STANDALONE IN THE EMPIRE WORLD!
Coming January 2022 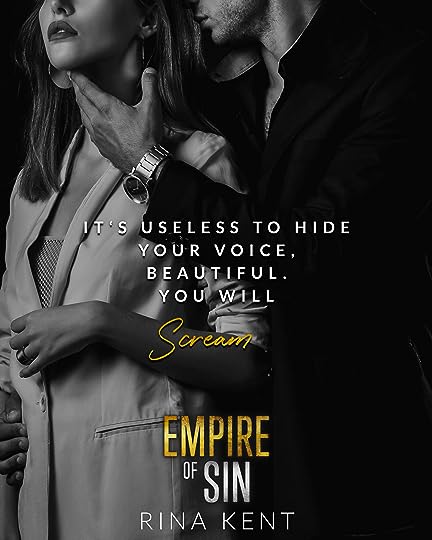 2 thoughts on “Review – Empire of Sin by Rina Kent”