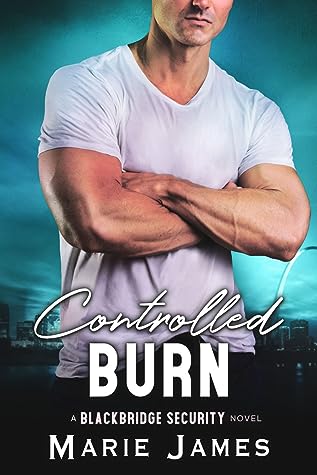 Controlled Burn; Blackbridge Security #8
(A standalone within a series)

Super cute, close proximity, single mom romance. Every few books Marie James writes a story that contains adorable children and this happens to be one of them. Actually this book contains three super cute kids and it only enhanced the story making it that much better. I loved the kids and I loved the Irish man and I just loved this book!

Kendall is a single mom, trying her best to raise her three small kids on her own, but after losing her home, she had to move in with her brother. When the neighbor complained about the noise, they were suddenly served with their second eviction notice and Kendall didn’t know what to do. They didn’t have any family left and she was soon going to be homeless. She thought about apologizing to the neighbor, but since they were already being evicted, that thought went right out the door, so instead Kendall went with giving him a piece of her mind…especially since he’d been flirting with her for weeks.

Finnegan seriously had no idea that the woman he’d been flirting with in the apartment building gym was the same woman who lived on his floor and was responsible for all the recent noise. He might have reconsidered making the complaint, or reconsidered flirting, he wasn’t exactly sure, but either way he felt bad. He felt so bad that he made an offer for her to move in with him since she had nowhere else to go. The fact that she came with baggage….um….He was only half serious about the offer, so he shouldn’t have been surprised when she took him up on it. He really liked her, her kids…um….how long were they staying again?

This story is all kinds of adorable, with a bit of intrigue mixed in. After all this is a Blackbridge Security novel. Of course there are character favorites who make appearances, my personal favorites are Wren and Whitney who add some extra spice, and extra, extra spice…Puff Daddy gets a girlfriend. It’s hilarious.

While Finn hangs out with some of the single guys (there don’t seem like there are too many of those left) there are a few hints of what’s to come and there are brief catch ups for fans of past characters. I love both of these scenarios sooooo much and Marie James did the perfect amount of each while keeping the plot moving right along.

Kendall’s kiddos had the perfect blend of sassy and cuteness without being terrors or taking away from the time that Finn and Kendall needed to get to know one another. Could we be seeing more Blackbridge children in the future? If Wren has his way…yes. LOL!

As the mechanic for Blackbridge Security, when I make a mistake things don’t work properly.
Correcting that mistake is the only way to get things operational.
I meet issues in my personal life with the same mindset.
How was I to know the woman I’ve been flirting with at the gym is the same woman I called a noise complaint on?
I got her kicked out of her condo.
My first response: Move in with me.
When she confessed to having three kids, it was too late to back down.
I thought keeping my hands off of her was going to be a problem, but the tiny terrors she brought along with her are extremely effective at solving that problem for me. 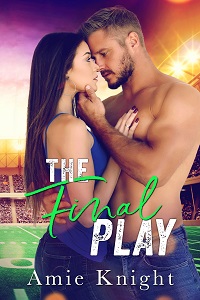 The Final Play; Summerville Sports #3
(A standalone within a series)

ALL THE FEELS!!!! Laughter, tears, major heartstrings being pulled, The Final Play has it all!

Amie Knight made my heart race from the very beginning of this book while I was blinking back tears. Then it wasn’t long until I was laughing maniacally from one chapter to the next. Amie brought out all my feelings while reading the journey of Mason, Glory and even Max through this final book in the Summerville series.

Mason and Max are identical twins, but like a lot of siblings, they are complete opposites in personality. Mason is an NFL linebacker whereas Max is just beginning a two year stint in jail. It truly pains Mason that Max is taking such a hard road though his life. Mason is a protector, a nurturer and has sort of a hero complex by nature. So when a tiny little tornado lands on his doorstep claiming to be pregnant with Max’s baby, Mason’s inner instinct takes over.

Glory is tiny, but mighty in spirit. She has no family, no job and it took her months to try and track down any information on the man who left her with the present from a weekend of fun. Asking Max’s brother for help was her last hope, but she never expected to find more when she landed on his doorstep. Friends, family, and a purpose for after the baby is born.

Glory and Mason’s story is full of every emotion that overflowed and spilled out of my heart. It’s such a wonderful look at family, whether it’s the one you are related to or the one you create through life’s experiences.

It’s almost hard to describe how great this book is, but it truly touched my heart. Yes, it was full of a ton of laughter, which I love, but the emotional depth of this book is what will stay with me for a long time to come.

The Final Play isn’t always the end. Sometimes, it’s the beginning of something far more beautiful.
As a professional linebacker, I lived and breathed football.
The only thing I loved as much as the game was my twin brother, Max, who kept me almost as busy cleaning up his messes.
The most recent of which landed him behind bars.
So, it shouldn’t have surprised me when a beautiful woman showed up on my doorstep, claiming to be pregnant with Max’s baby.
Glory was unexpected, infuriating, and flat-out crazy most of the time.
But no matter how hard I tried to deny it, that tiny spitfire slammed into my boring life with the strength of a Category 5 hurricane, blowing through my defenses until she’d carved her name in my heart—permanently.
I feared we would never work. She was a single mom, my brother’s ex, and one more chance for me to fail yet another person I loved.
But if football was my church, then Glory was my heaven. 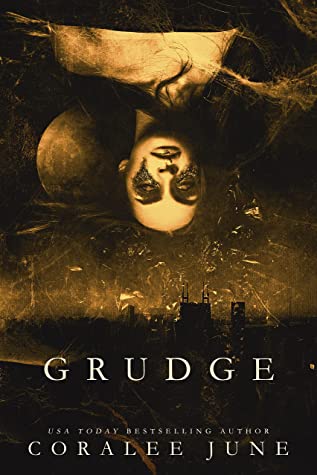 Coralee June has created a wicked, dark trilogy legacy with Malice, Wrath, and Grudge. I could live in this world and never tire of reading about the Civella family ever!

Each character has changed since the beginning of this wild journey and yet the underlying dark monster that lives right underneath their skin still radiates like a beacon and swirled right off the page drawing readers, like myself, to devour page after page. Coralee’s writing is truly addicting and this story, especially, is pure perfection.

Anthony Civella is still my favorite character in this series. His madness is wrapped up in comedic genius and softer undertones. His underbelly has been on display since the beginning, making him the vulnerable, but also the most volatile never knowing how loose his cannon actually is. This time around he is Juliet’s most stable partner. I know right!! My love for Anthony grew even more, by leaps and bounds, everytime he came on the page. He’s her rock when things get tough, giving her a laugh when she needs it, a kind word, a push, or even darkness when the moment warrants it. He understands her vulnerabilities, he’s been where she’s at and he will always fall with her or rise to where she’s at to be right by her side. Anthony may always be a little mad, but the best people know they are and know how to deal with their madness. Lord, I love that man.

Juliet and Nick, or Malice as a lot of people know him, could have been the king and queen, but Nick realized he didn’t need an entire kingdom to still have his queen by his side. Nick just needed Juliet to be happy. At the end of Wrath, he faced his own mortality, and now he’s facing his own mistakes. There are consequences for a lot of what he’d done and Nick is dealing…almost losing everything has changed a lot in Nick’s life. He’s grown a lot from the first book from the empty shell of Malice, into Nick the man. He’s still possessive and dark and completely alpha, which is super hot…but he’s also a softer Nick which is also super hot!! I love this new version of Nick.

Then we get to William, the man with a grudge. The boy who grew up in the shadow of his older brother, yet also protecting his younger one. Never feeling quite adequate, William now wants it all. The kingdom, Juliet, everything. Can William finally pull out from the shadow of his brother and run things his way or will this motive finally destroy the foundation of everything he’s ever believed? Will every move he makes break Juliet’s heart and destroy his family?  William, William, William…come on work with your brothers!!

Malice was a broken man. A leader with a cracked crown.

Guilt was eroding his throne.

William was an opportunist. A man with a grudge.

Ambition dressed in an iron suit.

Anthony was a survivor. A lover with hope.

I’m a pawn, and it’s up to me to remind these men that they’re stronger together.

I just pray that this fight for power won’t tear us all apart.