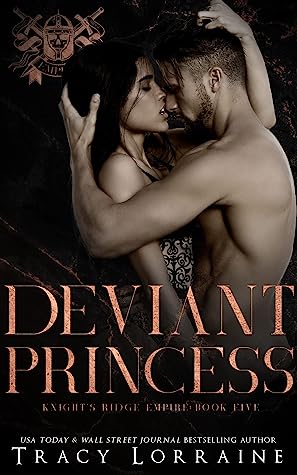 Deviant Princess; Knight’s Ridge Empire #5
(#2 within a trilogy and #5 within a series)

Review:
Deviant Princess has me torn in two!! Tracy Lorraine what have you done to me!?!

I’m super melty for Theo Cirillo. That man is all kinds of crazy, which I love, but in this book, we get a deeper look under the tough armor exterior that makes up the heir to the Cirillo mafia. Theo is so much more than he lets others view. While I love his dark, twisted, totally kinky side something fierce, this vulnerable Theo is overy-popping, lickable and delicious. He wants to keep Emmie by his side, for lots of reasons, but therein lies the torn in two part of my problem…Emmie is not a girl to be locked away and kept on a shelf. That man needs to learn to compromise and I’m not sure he knows the definition of the word.

Emmie Ramsey-Cirillo is one fierce girl. If anyone should know that it’s Theo, Her legally wed husband. Emmie is furious in this book. Rightfully so. She’s been lied to, basically kidnapped, locked up, or at the very least, held against her will, and she’s had no say about what’s been happening in her life whatsoever. It doesn’t matter that her va-jay-jay wants Theo, her mind is screaming to be let out and to have her freedom. I can totally see both sides…my clitty wants to be petted by Theo too. LOL!

Theo and Emmie are by far Tracy’s hottest couple to date and that is saying a lot, especially after Seb and Stella. I love Theo and Emmie’s spicy-hate filled passion. Their push and pull is super swoony and you never know when it’s going to explode ramping up the anticipation by tenfold.

In this book we get more action and secrets uncovered, while the couple struggles with the definition of their new relationship status. Will there still be a Theo and Stella when all is said and done? I’m on the edge of my seat biting my nails with anticipation. Emotions run high, action is nonstop, and family really shines in this part of the trilogy and there is still more to come. I can hardly wait. As all my fears about Theo come crashing down around me, all I want to do is run.

But that’s not how this mafia prince works and I find myself bound to him even more than I was before.

Do I have the strength left to fight, or will he get his own way in the end?

Will I let him win? 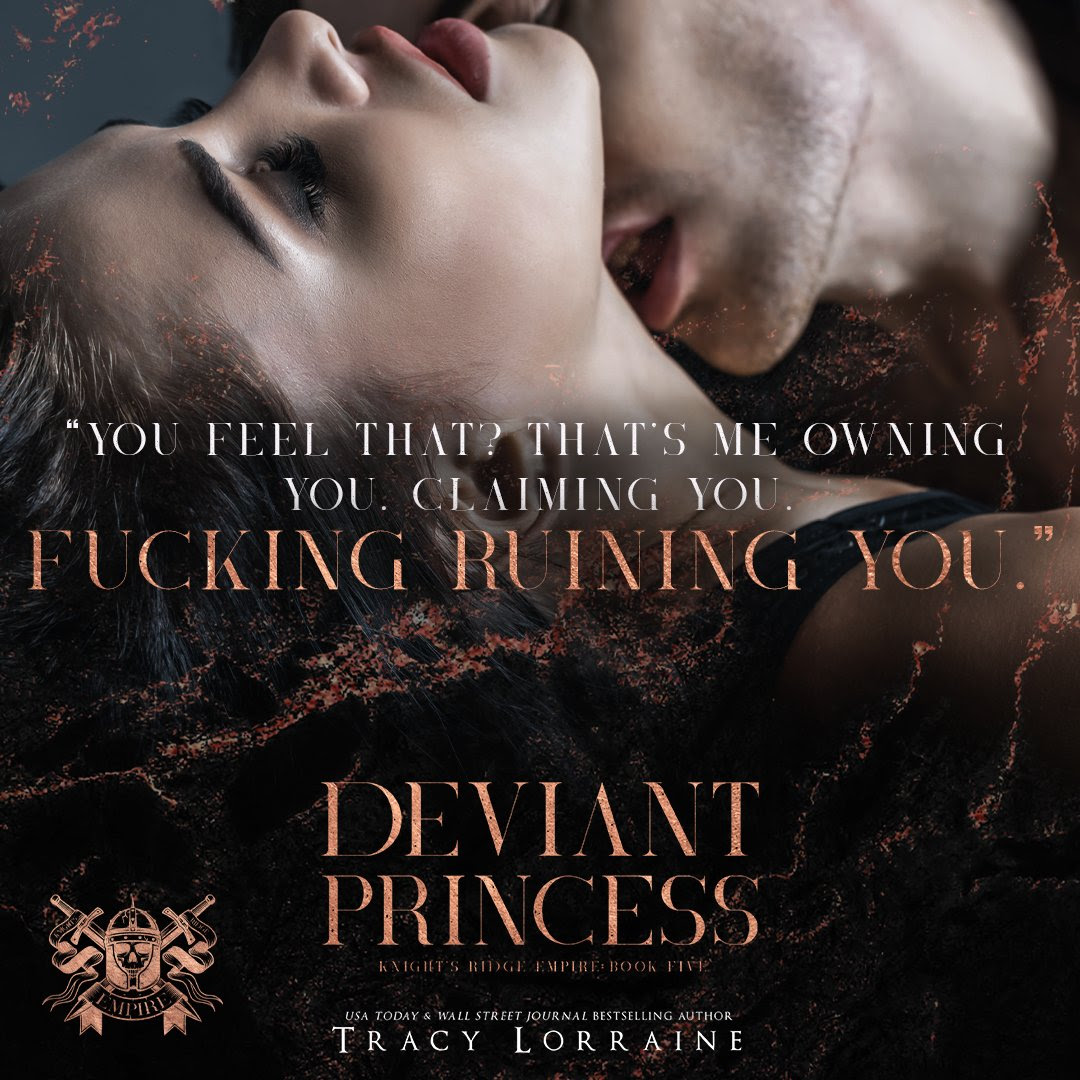