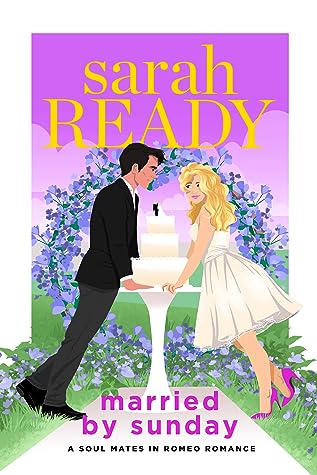 Married by Sunday; Soul Mates in Romeo #5
(A standalone within a series)

Hilarious opposites attract romance! This giggle-worthy story is adorableness wrapped up in a snuggly warm blanket kind of book. It’s lighthearted, sweet, full of laughter and chemistry, it’s the perfect romantic comedy to lift your soul.

Sarah Ready did it again. She made the perfect opposites attract fall in love in the most hilarious way. Nathaniel and Izzy are polar opposites. He’s Mr. Wallstreet and she’s scraping by with twenty-cents left in her pocket. She’s traveling the world without an address tied to her name and he’s planning his future down to the minute. So you see where they would have nothing in common, except….when Izzy decides to help Nate – he really doesn’t like to be called Nate BTW – without his asking for help. It’s adorable and hilarious and so darn cute his insistence in trying to walk away from her brand of help, but in the end who can say no to Izzy? No one. No one can say no. Thus begins their adventure.

Nate is on his way to stop his girlfriend, that’s right his girlfriend, from marrying another man. It’s tangled and this is why Izzy decides to help. Nate obviously needs it. They set off on a roadtrip to Romeo, the capitol of love, with some harrowing side adventures and lessons in love, so Nathaniel can win back his girlfriend.

The whole time there is building chemistry between Nate and Izzy, but the entire goal in the end is for Nathaniel to win back his girlfriend before she marries another by Sunday, so this is a slow building romance, but it’s sweet and endearing and contains so much more than just the end goal that this might just be my favorite in the Soul Mate series.

Opposites clash in this wild, unpredictable rom com, where two strangers team up to stop a wedding at all costs.

Nathaniel Barry is monochromatic, meticulous, and uptight. Izzy Harris is wild, unpredictable, and free-spirited. Nathaniel has a trendy apartment, a successful career, and a girlfriend he’s about to propose to. Izzy has no home, no career, and nobody special to hold her down.

They’re polar-opposites in every way.

So when they sit next to each other on the train to Romeo, New York they clash from the very start. Naturally, Nathaniel decides he wants nothing to do with Izzy. And Izzy…well, she has a different opinion.

No matter how much Nathaniel protests, Izzy knows it was fate that brought them together. Nathaniel’s girlfriend just ran off to marry another man, and Izzy swears she’ll help Nathaniel win her back. They have three days to stop the ill-advised wedding. It should be easy. It should be simple. But when two polar opposites team-up to stop a wedding, there’s only one guarantee – that nothing will go as planned. 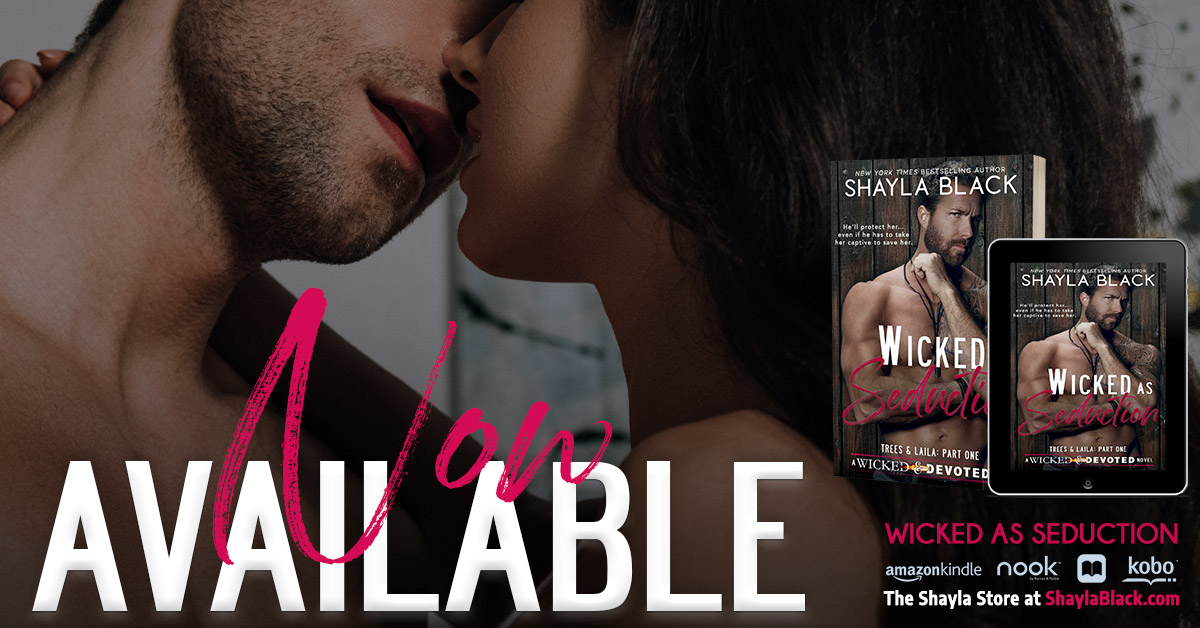 Wicked as Seduction, part of the Wicked & Devoted world, is now available! It’s the first half of an all new steamy duet by New York Times bestselling author Shayla Black! 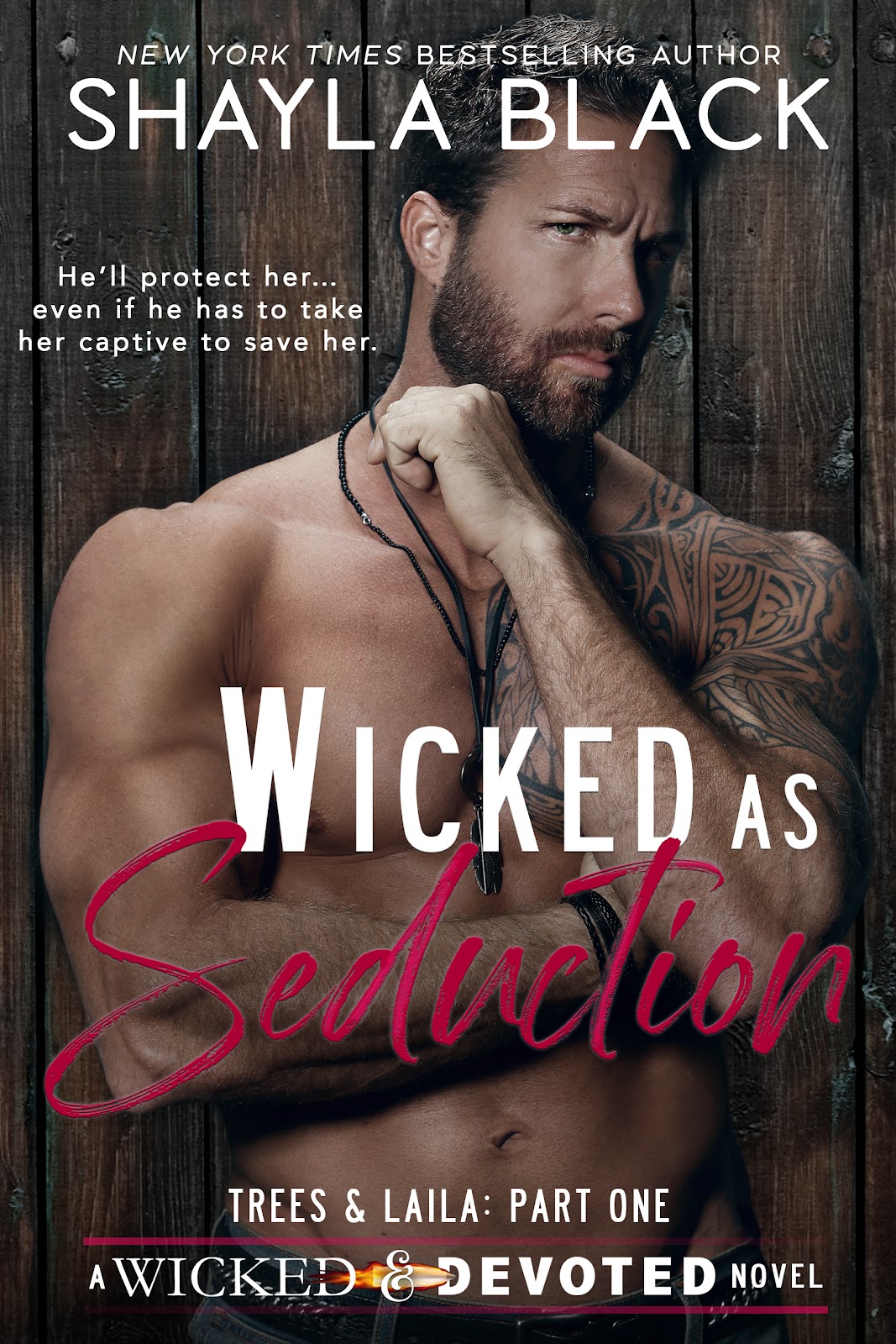 Wicked as Seduction by Shayla Black is now live!

He’ll protect her…even if he has to take her captive to save her.

Tech wiz and former elite soldier Forest “Trees” Scott had one mission: Rescue the woman being hunted by a vicious cartel and get her to safety. It should have been simple…but the minute he sees the wary beauty with haunted eyes, his desire for her complicates everything. So does her stubborn refusal to trust him. When Trees is forced to abduct her, she vows to hate him–even as he finds himself falling in love…

For six years, Laila Torres has known nothing but brutality at the hands of men, so when the massive stranger with the forbidding mien kidnaps her, she’s frightened–and furious. But the giant’s protective care shocks her. With every word, he proves steadfast. With every forbidden touch, he awakens the woman in her. Soon, she’s facing the terrifying realization that he’s also dangerously close to capturing her heart.

But their ruthless enemies are closing in, threatening everything Laila holds dear. When she’s forced to make an unthinkable sacrifice, will she trust Trees and their love to save her? 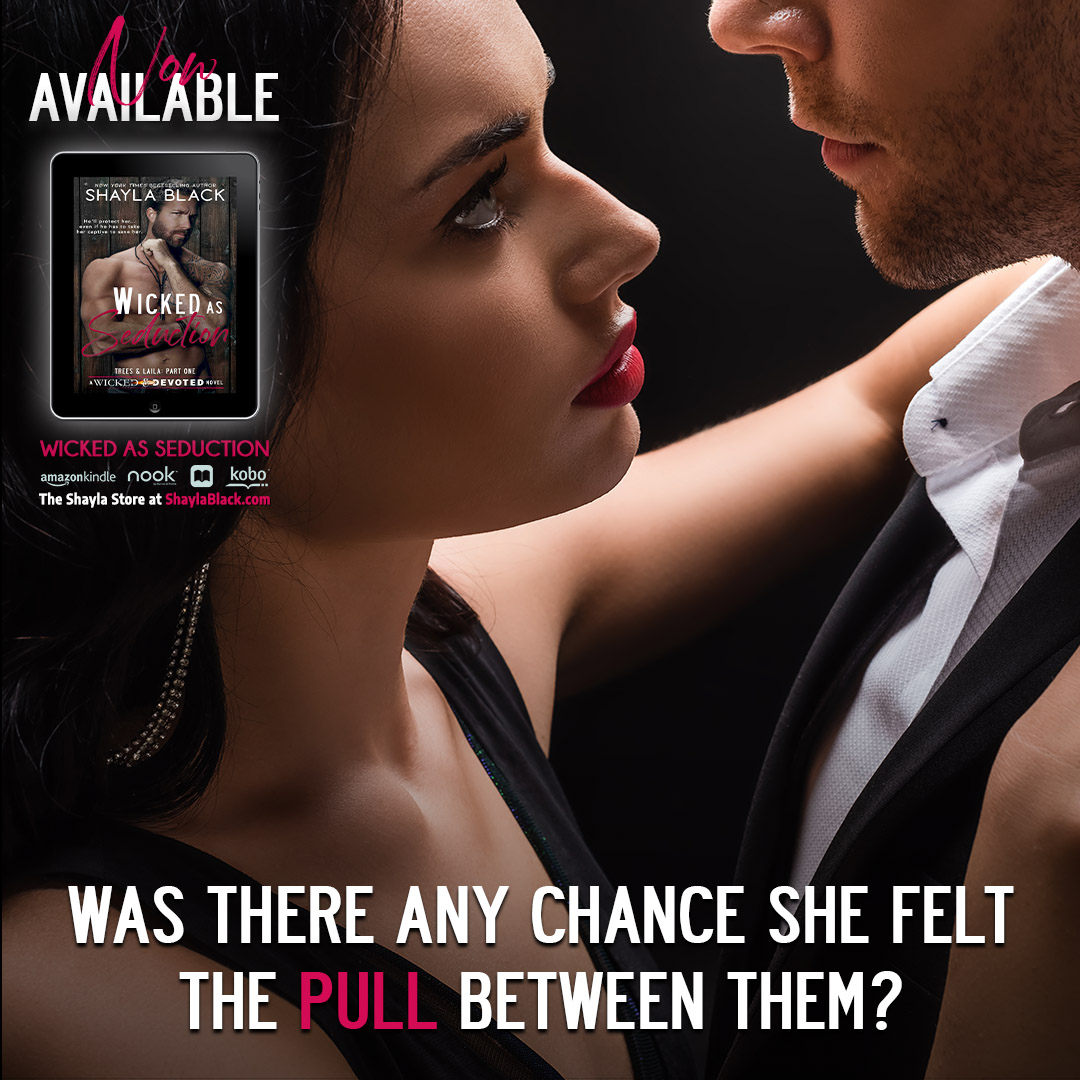 Have you started the Wicked series yet, begin with One-Mile and Brea’s story, don’t wait… Start the binge today! 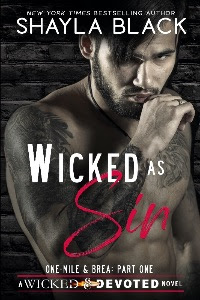 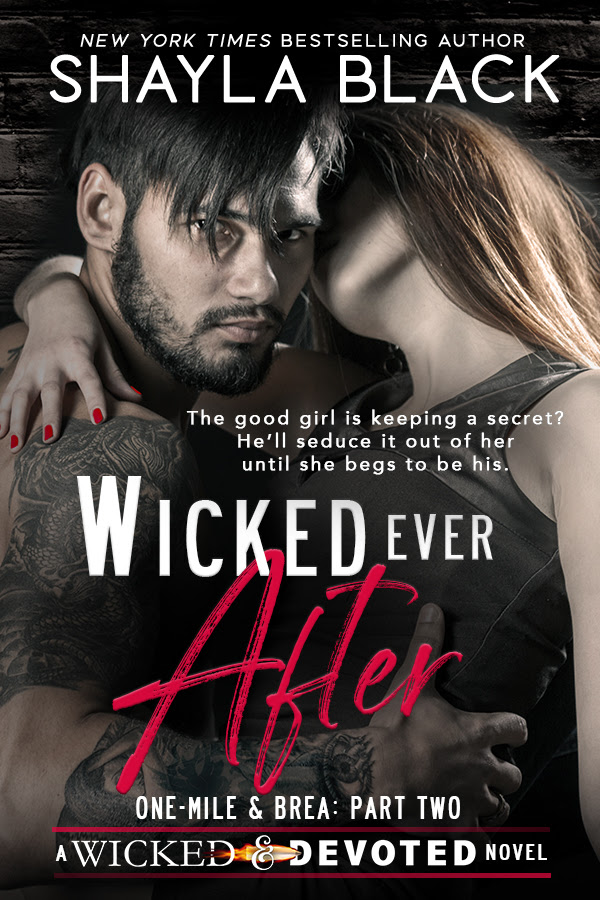 One-Mile & Brea: Part One
The good girl wants a favor? She’ll pay in his bed.

One-Mile & Brea: Part Two
The good girl is keeping a secret? He’ll seduce it out of her until she begs to be his.

I Think Knot by Sinclair Kelly is now LIVE!

One Click I Think Knot by Sinclair Kelly now!

About I Think Knot

No. Nope. Knot going to happen.

I may be an omega, but I’ve got dreams and goals of my own, and none of them include shacking up with a pack of raging alphas just because biology says I have to. Sure, that time will come and I’ll welcome it with open arms, but for now, I’m doing me.

I’ve managed to make a name for myself on the PackChat App, unintentionally starting a movement that has earned me millions of followers, along with plenty of enemies. Namely, a rival group known as RideAnAlpha. They drive me crazy with their constant lewd and rude comments, and, admittedly, their thirst traps showing off their hot bodies and abs for days. What? I’m in self-isolation, not dead, after all. They’re the bane of my existence, but I’m a pro at being oblivious.

As my birthday looms, my bestie convinces me to attend a major influencer conference where my rivals and I are keynote speakers. I’m determined to prove the real Bexley Carter is not the evil omega they portray me as. I’ll get in, get out, and stay just long enough to figuratively give them the finger…or maybe literally, time will tell. No thoughts of claiming or bonds or heats since, you know, they hate me and all. I should be safe, right?

I Think Knot is book one in the Knot Yours Omegaverse, a series of fast-burn reverse harem romance standalones. Each book will end in an HEA and lead into the next book with a new reluctant omega and her own possessive, purring alphas.

Sinclair Kelly is a paranormal & contemporary romance author who writes to give all of the feral characters in her head a voice. She’s fluent in sarcasm and dry humor. She lives in sunny Arizona with her loving husband, three adorably exhausting kids, a cranky old chihuahua named Sam, and a feisty Australian shepherd puppy named Havoc. She loves reading, writing, coffee, vodka, tattoos, wine, donuts, broody asshole book boyfriends, badass FMCs, sangria, and all of the friendships she’s made since she began her writing journey.

From the moment I laid eyes on her, I had to have her.

How Do You Tame A Savage?

Sabrina Gallo is an animal.

From the moment I laid eyes on her, I had to have her.

But Sabrina won’t be taken by anyone. She’s wild and reckless – downright dangerous.

Lucky for me, I’ve always loved a challenge… I want to hunt.

Even if I capture her, caging a tiger doesn’t mean it’s tamed.

The harder she fights, the more ruthless I become.

She needs to learn how savage I can be.

Add The Savage to Goodreads: https://bit.ly/3njhGZ9

About Sophie
Sophie Lark is an Amazon Bestselling author who writes intense, intelligent romance, with heroines who are strong and capable, and men who will do anything to capture their hearts. She lives with her husband, two boys, and baby girl in the Rocky Mountain West.

She has a slight obsession with hiking, bodybuilding, and live comedy shows. Her perfect day would be taking the kids to Harry Potter World, going dancing with Mr. Lark, then relaxing with a good book and a monster bag of salt and vinegar chips.