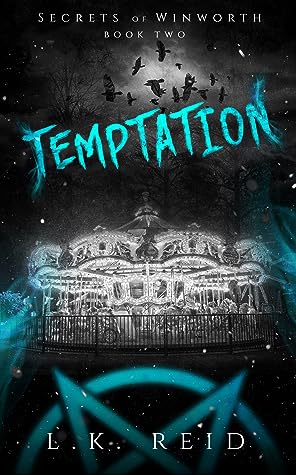 Temptation; Secrets of Winworth #2
(#2 within a series)

A twisted, dark, monstrous story that completely blew my mind!

What a lusty, dark tale this was. Skyler is torn between two men, a man she’s known her entire life, a man she now knows is a monster, but how does she separate the man from the monster?

A man who came to town, made her fall for him, only to find out she’s been used as a pawn in his own wicked games, but tell that to her traitorous heart.

The two men also have demons whispering in their ears and it’s delicious and wonderful and who knew these two guys would be so smoking hot, especially when they both love Skyler so very much. (fanning myself)

This book is still full of Winworth secrets, but it focuses more on the three main characters; Skyler, Dylan, and Asher and their evolving relationship. I loved delving deeper into how they came to this dark point in their current lives and how they move forward as a tortured triangle.

Why tortured? Well, try growing up with all the secrets and lies like these three did, each with different monsters whispering in their ears. Think of Winworth like living on a giant chessboard, each of them a pawn being moved around, but instead of finally being moved by someone else, their circumstances brought them all together and they are finally taking back control.

Temptation is super dark, which has been a central theme since the beginning of this series, but this story delves into a complicated relationship revolving around three people. Three monsters who have an extra layer of want and need rolling between them with an ever evolving plot and showing that even monsters need love.

There will be no spilling secrets from my lips, as a lot comes out in this book and there is still more to come. I’m excited for more darkness and what Reid will bring as this plot continues to unfold. 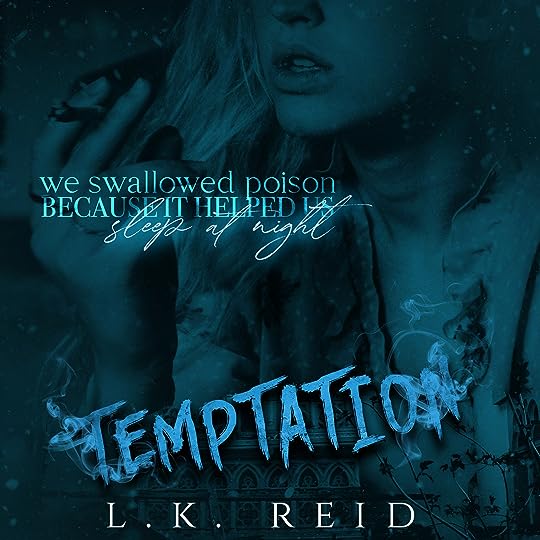 A cold heart and a vicious touch
Who is a monster, and who is not?

Skylar thought she had seen it all—monsters with pretty faces, friends with terrible secrets and lives filled with beautiful lies.
But she was wrong.

In Winworth, nothing was as it seemed.

Not The Order ruling over the sleepy little town she grew up in.
Not the wicked strangers that began pouring into Winworth out of nowhere.
And certainly not the people she thought she knew.

As the masks started falling, she could now see the true depravity crawling through the streets.

Or was she going to let monsters decide her destiny?

TEMPTATION is Book Two in the Secrets of Winworth series, dealing with dark themes that might not be suitable for all readers. It is recommended only for readers above the age of 18. 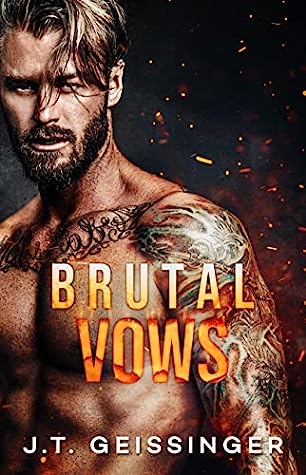 Brutal Vows; Queens and Monsters #4
(A standalone within a series)

An enemies-to-lovers story with the best verbal sparring EVER and a wicked, hot chemistry that boils to an incensinerary inferno! I continue to love everything about this witty and blazing hot series.

The Irish Mob and the Italian Mafia are looking to merge and what better way to do it than the age old method of marriage. Spider Quinn is second in command in the Irish Mob and willing to step up to the plate of an arranged marriage. He’s not looking for love, actually the less he’s attracted to the woman the better. He doesn’t need the distraction of love and the messiness of feelings to get in the way of his job or his life, but when he goes to meet his betrothed, he doesn’t count on the very hot, very mouthy, very perfect woman of his dreams – Reyna, the aunt of his future wife stirring something to life. As much as he tries to ignore her, he can’t seem to look away.

While these two never cross lines during any pending marriage moments, it’s hot and intense anytime they are in one another’s vicinity. Aside from Spider being highly unavailable, because he’s engaged to her niece, Reyna has promised never to get involved with another man ever again. She was in abusive marriage and barely survived so Spider is forbidden on lots of levels. However, Spider ignites her desires, stirs her blood, and makes her want. Things she thought long dead, right alongside her husband’s corpse. She shouldn’t want her nieces’ future husband and she will do everything to push aside those longing feelings.

These two circle one another denying that they may also be each other’s perfect match. If only there weren’t so many obstacles in their way – fanning myself. Brutal Vows is hot, witty, and full of the perfect angst. Another great addition to Queens and Monsters series, but can be read as a complete standalone.