The One Month Boyfriend, an all-new fake-relationship rom-com full of heat and laughs from bestselling author Roxie Noir, is available now!

It’s a simple enough agreement: for one month, Silas Flynn is my boyfriend of convenience.

He needs his old-fashioned boss to think he’s ready to settle down.

I need some arm candy to prove to my jerk ex-fiancé that I’ve moved on.

Perfect, right? Except for one minor detail: we can’t stand each other.

Everybody thinks he’s this perfect guy, but I know the real Silas. He’s a cocky, obnoxious jerk who thinks he can charm his way out of trouble and get anything he wants.

I know once this is over, we’ll go our separate ways. No matter the smoldering looks he gives me, the possessive way he touches me, or the dirty things he whispers in my ear, Silas isn’t falling for me.

That’s fine. No matter how good being with him feels, I’m not falling for him, either.

One month. That’s it.

“Okay,” Kat says, reading from her document, and suddenly she sounds nervous. “The acceptable romantic actions.”
I settle in a little more against the desk, getting comfortable.
“Hand holding,” she starts, her voice low, not looking up. “Putting our arms around each other. Touching on the back. Touching on the shoulders and arms. Sitting close together. Quietly talking to one another. Hair caresses within reason. Non-mouth kisses in non-risque regions. Moderate cuddling while clothed.”
The list comes out rapid-fire and staccato, and I’m not sure she pauses for a breath until it’s over. I grab a pen..
“I’d like a definition of within reason,” I say, making a quick note.
“I mean don’t pet me or something, I’m not a cat. Are you going to make me define moderate as it pertains to cuddling, or can we both agree to a mutual understanding of the word and move on?” she asks, giving me a pointed look.
“If I were your attorney I’d advise a completely new draft of this document five times longer and a hundred times more specific,” I say. “You don’t even have a breach of contract clause in here.”
Now she’s pinching the bridge of her nose, glasses hoisted up.
“I’m sorry that I wrote things down because I wanted to be sure we were on the same page about whatever the fuck it is we’re even doing,” she says, voice muffled by her hand but sarcastic. “Is there any chance we can just get through this and move on?”
Something about the way she says it hits me right below the sternum, in that soft, susceptible spot: Kat with her shields briefly down, human for once instead of the stony, spiky creature who saw me at my worst and drove me down instead of having some mercy. Suddenly there’s a bend, some give, an acknowledgement of being made of flesh and blood, same as everyone.
“We can move on to the second article,” I concede, and then the glasses are back. “Entitled ‘Acceptable actions when circumstances require’?”
“Thank you,” she says, and reads. “Touching on the leg. Intense cuddles. Full-trunk embraces. Romantic-style face touching. Any sort of stroking. Mouth kisses. Verbal declarations of attraction. Kisses in moderately risqué locations.”
She finishes, and I don’t hate hearing her say moderately risque locations.
“When, exactly, do circumstances require?” I finally ask.
I get a look, and hold up my free hand.
“Honest question.”
“When the situation calls for us to… need to demonstrate our attraction,” she says, quickly. I think she’s blushing, the faintest of pinks under light gold skin.
“You mean when he’s around,” I say. “This is a list of things you want me to do in front of your ex.”
She holds my gaze for a long time: three seconds, then five.
“The things that’ll get him fired up,” I go on.
Kat takes one deep breath, her chest rising, then falling under her shirt.
“Yes,” she finally says, voice hushed. “This is what he’s gonna hate.”
“When I hold you close and whisper something dirty in your ear,” I say, rephrasing the words in front of me. I say it to get a reaction from her, and her lips twitch like maybe she’s trying not to smile.
“I think whispering would defeat the purpose,” she says.
“Then I’ll hold you close and holler something dirty.”
“As long as it works.”
I don’t hate the thought quite as much as I might like. I wonder how she’d react, whether she’d blush or recoil. Maybe both. Kat seems complicated.
“Home stretch,” I say, making myself relax back against the desk, banishing all thoughts of whispers. “The never list.”
“No touching in the swimsuit zone,” she says. “No weird PDA. No entering one another’s domiciles. No bed sharing.”
“That’s it?”
“I’m concise,” she says, and that glimmer of amusement is back. “And don’t ask for a definition of weird.”

About Roxie
I love writing sexy, alpha men and the headstrong women they fall for.

I live in California with my very own sexy, bearded, whiskey-loving husband and two hell-raising cats. Although I take my job very seriously—being the resident charmer, the man responsible for helping clients with security, all the while making it look like I’m the newest love interest of insanely gorgeous women—it looks like it’s all fun and games.
I’m getting paid to go on dates to some of the most glamourous places all around the world after all, but at the end of the day, it’s still work.
When the assignment is over, I walk away—usually with a smile and another notch in my bedpost, but who am I to turn down the perks?
This new assignment should be no different. I can play any role handed to me.
Hell, I love a new challenge.
Only Archer Bremen is different… and not just for the obvious reasons.
His British accent hits me in a way I never expected.
The scowl on his face makes me think of a million things I could do to make it fade.
His smile tells me that this new assignment is going to change everything… 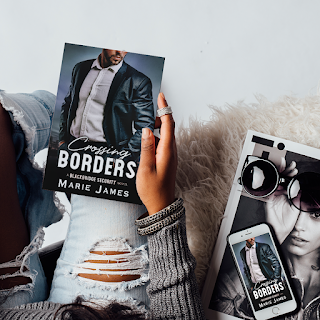 She was the complete opposite of me in every way; sweet, spontaneous, and full of sunshine… she was also half my age.

The world was her playground, and Nova Skye spent every breath fearlessly exploring it. Her passion for adventure was contrary to the solitude I loved, yet somehow, I couldn’t get enough.

Her innocence sparked a flame in my empty soul, burning down every defense I had. By the time I started to believe in the us she said we could be, it was too late. My free-spirited rebel was gone, taking what was left of me with her.

Without her, I learned that home wasn’t just a place, it was Nova… and it was finally time to come home.

Pre-Order Your Copy Here!
Add to your Goodreads TBR List! 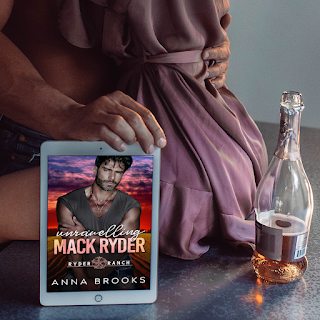