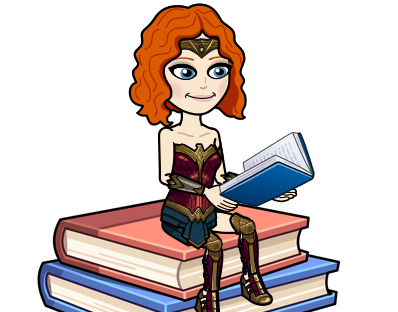 Dating the guy he hates the most could backfire.
But I’ve always been good at playing with matches.

The first time I met Tyson Stone, he gave me a bloody nose.
He didn’t mean to hit me, he was fighting this other kid, but let’s just say I’d take the pain of his fist over his cruelness any day of the week.
Five years after this incident, and I’m in his shark tank.
His domain. His kingdom. His prep school.
Freefalling for him is a recipe for disaster, but that’s what happens nonetheless.
Then he starts pushing me away for no reason, but there’s one thing he forgets.
I’m not one of his disposable flings. I’m worthy, I’m a catch, and if he doesn’t realize it…well, then his arch-enemy will.
Dating the guy he hates the most could backfire.
But I’ve always been good at playing with matches.

My life is a series of calamities strung together by blood and bad press.
Wherever I go, trouble follows.
Now, normally I’m not a charitable guy, but when I pass on Lily White’s delectable body, it is entirely for her own good.
Call me an altruistic jerk, but I just don’t want to see her hurt.
That’s until she starts dating the guy I loathe more than anything else in the world.
That’s when all bets are off.
We’re playing a dangerous game, she and I.
The rumors are starting to swirl, and so are some dangerous thoughts about what I can do to her.
Lily White is out of my league,
but apparently, that’s not going to stop me.

Without a second thought, I jumped up and followed her. It was almost dark outside now, but the hallway lights hadn’t been turned on. I put my hand out to the wall to feel my way along, waiting for my eyes to adjust. I hadn’t seen which way she’d gone or if she’d gone into one of the bedrooms. Then, about two doors down on the right, I heard a door open and then shut.

Three big steps had me standing in front of the door and I opened it without hesitating. The door was heavy and closed behind me with a big of a bang that I wasn’t expecting.

“Who’s there?” a timid voice called out from the bathroom.

I paused for a second, not sure if I should just turn back around or answer. I wasn’t even sure what I was doing here. Before I had a chance to decide on an answer, the light to the bathroom flipped on, letting me make out my surroundings. I was clearly in a girl’s room. By the things that were hung here and there, it was likely Lily’s.

There’s was a dream catcher above the bed, a few plants next to the windows, and some pictures of her and her mom on the dresser. She was standing just out of arm’s reach, her blue eyes wide. I hated all the makeup she had taken to wearing lately. I missed seeing her just as she was.

“Tyson? What are you doing here?” she asked in a timid voice.

I scoffed at the irony of the question. What was I doing here? I still, to this day, could not figure out what she was doing here, at Scissors’ house. It all still didn’t make sense.

Two steps and I was in front of her. A grab of her arm and she gasped. A hand behind her neck and she was melting into me. All of it gave me the answers I needed, but I was still going to ask the question.

“What. Are. You. Doing. Here?” I said, enunciating each word.

“I live here,” she said breathlessly, not moving in closer but not making any attempt to pull away.

“How?” I asked. The hand resting behind her neck squeezed slightly. I was so close to her now. I could feel the heat rising off of her body. I could remember just how good her skin felt pressing into mine. How good her breasts felt in my palms. I wanted it all again. I wanted her again, and I wanted to know that no one else was going to fucking touch her but me.

“Scholarship,” she said quietly, knowing I was catching her in a lie.

“I wasn’t aware there was a scholarship to live at the King’s mansion,” I whispered into her ear. She shivered, but didn’t move. “So, what’s the story, Tiger Lily? Hm?” I said, my lips ghosting over the shell of her ear. “You fucking him to get free room and board? Is that it? Like a common whore?”

The words were out of my mouth before I could stop myself. But, I was angry, and I wanted her angry. I wanted her on edge as much as I was on edge. I wanted to see what she would do, if she felt the same emotions that I felt. If she brushed me off, I’d have my answer. It’d mean she didn’t care about me or what I said.

If she reacted, then I knew I had her.

And she did. Because when the word “whore” left my lips, she pulled back and slapped me as hard as she could across the face, which wasn’t very hard. It stung just the slightest, and I smiled.

She was still in love with me.

I’d been right all along. This thing with Scissors, it was a rouse.

I grabbed her wrist and pushed her back against the wall. My knee came between her legs, spreading them so that she was off balance. I put her wrist up above her head and pushed it to the wall. Her eyes widened as she looked at me.

I moved in close, pressing my cheek to hers so I could whisper in her ear.

“Tell me to stop at any time and I will. Just say the word, ‘stop,’ and I’ll walk out of this room. But,” I chuckled darkly, “we both know you’re not going to say it.”

About Ivy
Writer of all things untamed, romantic and free, Ivy Wild never planned on becoming a romance novelist. In fact, she hated romance as a kid and was quite proud of that fact. Basically, life is weird.

Married to her own alpha hero, she currently lives in various places of the world at various times thanks to his military career.

Her current side hustle is being a lawyer.