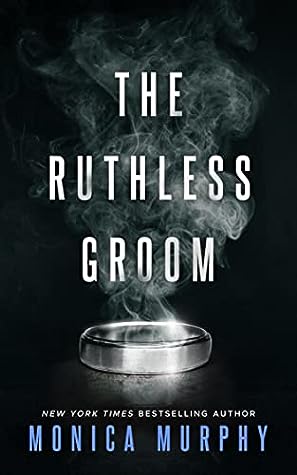 The Ruthless Groom; Arranged Marriage #2
(#2 within a series)

That fine line between love and hate, oh my fresh panties!!! Perry Constantine wants his new bride, but he doesn’t trust her. When Charlotte’s ex appears on their wedding day, all feelings Perry may have been building up to that point disintegrates, but it doesn’t shatter the lust and chemistry that sizzles between them. Perry still desires his wife, but he will call himself a fool before he opens up to her again.

Charlotte is hurt by Perry’s cold demoner, but also confused by his passion. His mixed signals have her confused, but also blazing hot with lust which means she isn’t willing to give up just yet. Not only is she free from her father, but she’s happier than she’s ever been. If this is how her life going forward, it’s still better than what she left behind and maybe given enough time Perry will grow as fond of her as she is of him.

This book is steamy, steamy, and did I mention steamy. I adore this couple and how they have made the best of their arranged marriage situation. Perry is so easy to like even when he’s growly and grumpy. Charlotte is really coming into her own and I’m excited to see what happens in the next book to bring these two closer together.

Synopsis:
I didn’t plan to marry a reclusive heiress. Lucky for me, I find myself attracted to my beautiful new bride. Our arranged marriage connects two powerful companies. That we’re compatible between the sheets is a bonus, but I didn’t bargain on her ex showing up at the wedding reception uninvited.

That pushed me right over the edge.

I protect what’s mine, and Charlotte is now mine, whether she likes it or not. Our honeymoon is a disaster in paradise. I’m angry. She’s resentful. All those swirling emotions explode in the most physical ways.

But even as I’m drawn closer to my new wife, there’s still a threat looming out there. Seamus McTiernan is determined to destroy what we’ve created.

I won’t let anything tear us apart.

He has no idea who he’s dealing with. I will end him.

Welcome to the Midnight Dynasty… The warring Morelli and Constantine families have enough bad blood to fill an ocean, and their brand new stories will be told by your favorite dangerous romance authors.

WARNING: This book is intended for readers eighteen years old and over. It contains material that some readers could find disturbing. Enter at your own risk.. 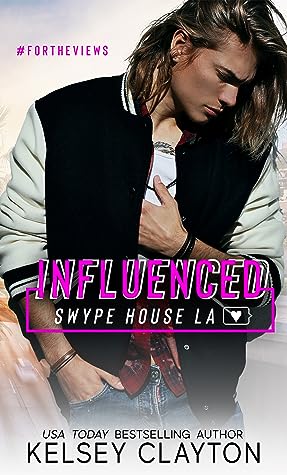 Influenced; Influenced #1
(A standalone within a series)

Review:
Influenced is a whopper of a book and there was a lot to cover and at the center of the story it revolves around…influencers. Yes, the very thing that drives our society on what’s hot, what’s not and what will get you cancelled faster than the latest tanking TV drama.

I loved the idea, the plot, and ALL the characters!!!!

Influenced is set in an entirely new world, with new characters and a whole new plot development. Set in LA, the perfect backdrop to the rich and famous and living in the public eye, the book’s main characters are Kaia and Declan, but we are also introduced to all of the other members of Swype house. Perhaps adding more girth to this first book in a new series, we get to know the other cast personalities while diving deep into the MC’s romance story.

Kaia is a newer influencer who is invited to live in Swype house, a house inhabited only by other influencers. They each have their own unique niche so they don’t step on toes, but they also collab to boost each other up. It’s a positive environment, or should be. The very first day Kaia arrives Declan makes it very well known he doesn’t like her and does everything to make her feel unwelcome, to the point that he starts losing followers and could end up getting cancelled.

What is the solution? Since Kaia has only gained support and love since moving into Swype house, why not show everyone the stunts Declan has pulled were equivalent to pulling a girl’s pigtails in elementary school, right? Let the fake dating begin.

Declan has a hard time admitting his faults, but underneath all of his swagger and bullheadedness he’s not a bad guy. Kaia and Declan actually are a sweet couple and their chemistry, especially after all the enemy type build up, is explosive, but what happens when the fake dating turns into more?

Neither expected to feel…well, more, but it’s only fake…right?

The premise of this series and the new world that has now been established makes me giddy with anticipation to read each character as they get their own book. It’s going to be great as this series continues to build and each character falls. I can hardly wait.

Synopsis:
Welcome to the Swype House,
where the secrets are bigger than the…

The rules are simple:
Fake it for the cameras.
Do it for the views.
Don’t kill each other.

It felt like an easy yes when I was invited to change my bio from, “Kaia Blakely, college student,” to “Kaia Blakely, newest influencer at the Swype House.”

Then I met Declan Royce. His profile highlights his looks and his humor, but it ought to read, “Owner of an ego so large, it was given its own zip code.”

Suddenly, not killing each other feels like an impossible task.

So yes, it was death threats we were whispering in the background of that viral video, not sweet nothings. So no, there’s zero reason to keep the #Kailan hashtag trending.

Don’t let anyone find out the truth.

He’s good at faking it.
But it’s starting to feel real.

On a scale of one to ten, how bad is it that I want to see my fake boyfriend naked?

What’s worse than being left at the altar? Becoming a meme because one of your nearest and dearest took a video of you running—and falling—down the aisle and made it internet famous.

Yup, I’m that Marnie Jones. My sister is for-real famous, which only makes people more interested in my predicament. Is it any wonder I’m feeling down?

My best friends will try anything to cheer me up…including setting me up with the Fairy Godmother Agency, a maybe-crazy husband and wife private investigator-slash-life coach team who promise to find the person who sold me out. Better yet, they lend me a fake boyfriend to make my ex jealous and appease my sister.

Griffin is gorgeous, attentive, and a very convincing actor. He’s perfect for the job.

After a lifetime of practice, I’m good at pretending. But the more time I spend with Marnie Jones, the less I have to feign my interest in her.

She may be down, but she’s not out. She’s beautiful, funny, and just the right amount of weird. All she needs is someone to remind her of that.

If I weren’t such a screw up, I’d have half a mind to do it myself.

Keep reading for a look inside A Borrowed Boyfriend!

“Aw, you two are staring into each other’s eyes like you’re teenagers,” Sinclair says, slicing her way into the moment. I shift my attention to my sister’s face on the iPad. Her words are sweet, but she’s obviously not appeased. To be fair, she’s spoken to me nearly every day for the last month, and I’ve been feeling down for a while. Now, I’m suddenly in a relationship with a man who looks like this, wearing a nighty that could have been stolen from the set of her Netflix show. She probably has whiplash.
Then again, maybe she thinks I could never find a man like this without bribing him. It stings, even more so because she’s right.
“What can I say? Mitchell makes me feel like I’m a teenager again,” I tell her, my tone tight.
“The same age you were when you pretended you had a boyfriend?” She grins at “Mitchell,” that thousand-dollar grin that’s on dozens of posters. “See? I have my reasons for suspicion.”
Old hurt wells up inside of me. My sister was a beautiful TV star, and I was an awkward teenager who couldn’t attract a second glance from a guy unless he was teasing me. So, yes, when she asked if I had a date to prom, I claimed I did. Rupert Wrightman.
Crap. I’m really bad at coming up with off-the-cuff names. Actually, considering I told her this handsome stranger next to me is called “Mitchell Mountainbottom,” I’ve probably gotten worse at it.
I look down, but suddenly strong fingers are touching my jaw, tipping my face up. Then I’m looking into Mitchell’s eyes, which look hot, like caramel starting to boil in a pan, and he shocks me by leaning in for a soft kiss. It would have lasted for only a few second, just long enough for me to register his soft but firm lips, the brush of his short beard, and his spicy scent, but my mouth parts in surprise, and then I find myself pressing into him, electricity arcing between us and gluing us together. He’s the one who pulls back, a slight smile on his face as he lifts his hand to my jaw and softly traces it.
“Seems to me there must’ve been plenty of guys half in love with her,” he says, still looking at me, and my pulse is galloping in my chest, so alarmingly fast I think I might actually die. “If she did pretend to have a boyfriend, it was probably because she wanted to let them down easy.” He lifts a hand to my jaw again, tracing it. “She’s thoughtful like that.”
I’m at a loss for words. Actually, I can’t do anything but gape at him. Should I be pissed at him? Probably. Maybe I would be if I could form a single coherent thought.
It’s for the best that Sinclair takes over. “You guys are too cute.” There’s a bit of an edge to her voice. She’s still suspicious, although I’ll bet she’s not altogether sure why she’s suspicious.
“Yes, we are,” Mitchell says with a smirk. He’s still looking at me, though.
I’m the one who finally breaks the stare. Glancing back at my sister, I clear my throat. “We have to go. Talk to you later?”
“Where do you have to go?” she asks. “You haven’t even finished your breakfast.”
Mitchell gives her a suggestive grin. “Isn’t it obvious? It was nice meeting you, Scarlett.”
Then he reaches over and ends the call.