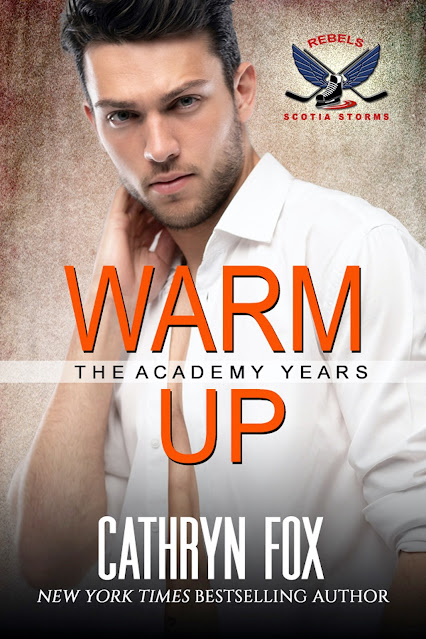 Title: Warm Up
Series: Nova Scotia Storms #2
Author: Cathryn Fox
Genre: New Adult Sports Romance
Release Date: July 5, 2022
BLURB
He’s a defenseman on the academy’s hockey team – a well-known player on and off the ice.
It’s a reputation he wears proudly…flaunts, even. The only one he has to look out for is himself. No one expects anything else.
Thanks to past mistakes, I have a whole lot of responsibilities outside of the academy, and have no choice but to put others in my life first. They count on me, but you know what? I’m lonely.
I guess that’s why I got all tangled up in the guy whose only focus is on hockey – and fun.
What I hadn’t meant to do, however, was fall head over heels for the player who only wanted one thing from me. Can you say been there done that?
But I think, underneath it all, there’s a lot more to him than even he knows and maybe his choices aren’t his own. Maybe someone else is pulling the strings.
Either way, when past mistakes catch up with me again, the team’s biggest player must decide whether to follow the path carved out for him and walk away from me, or shape his own future, and become the man he keeps well hidden.
ADD TO GOODREADS 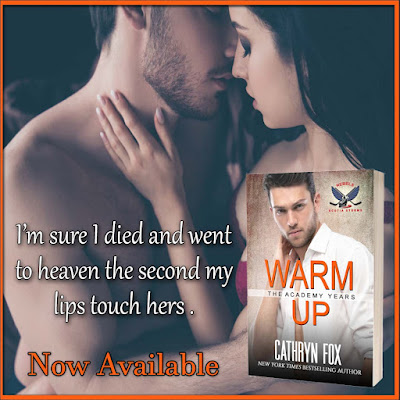 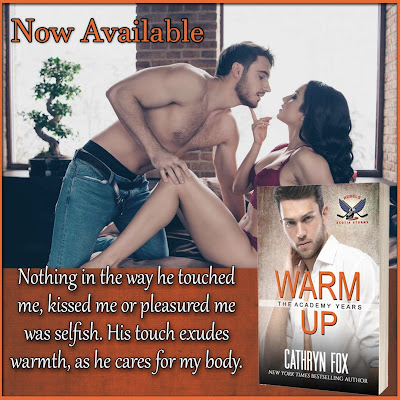 EXCERPT
“You drive a truck?”
“You can take the boy out of the farm, but you can’t take the farm out of the boy. Come on, let me drive you the rest of the way.”
She hesitates for a brief second. “It’s not that far.”
“You’re not the one lugging this thing around,” I tease and lift her guitar.
She grins. “I’m quite capable of carrying my own guitar.”
“I have no doubt,” I say and mean it. I get the sense that Kennedy is the kind of girl who takes care of herself and everyone around her. “But come on, hop in.”
She nods and we walk to my truck. I click my fob to unlock the doors and place her guitar on the back bench seat. She slides into the front, and I circle the vehicle and get into the driver’s seat.
“Ohmigod, Matt,” she shrieks and picks a pair of my boxer shorts up off the floor, holds them up using two fingers, wrinkles her nose and asks. “Do I want to know?” I snatch them from her and toss them into the back. “Is your room this bad? Was Daisy right?”
“No and no and no.” She blinks and one eye half closes as she tries to piece that together. “You probably don’t want to know, but I’m going to tell you.” I start the truck and back out of my spot. “They probably fell out of my hockey bag after our Wednesday night game in Cape Breton. No, my room isn’t that bad.” I toss her an apologetic look, because it’s not that good either. “And no, Daisy was not right. Daisy is never right.” She’s still giving me the side eye as I pull onto the road. “What?” I ask.
“Nothing.”
“Are you telling me I won’t find your panties in the passenger seat of your car? Like it’s not a thing?” 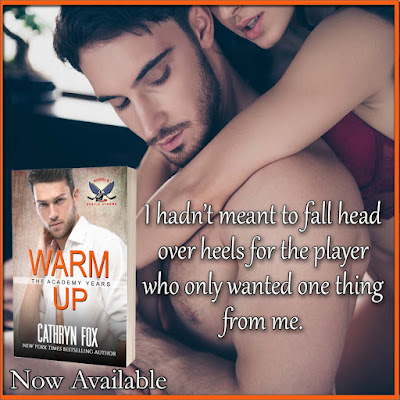 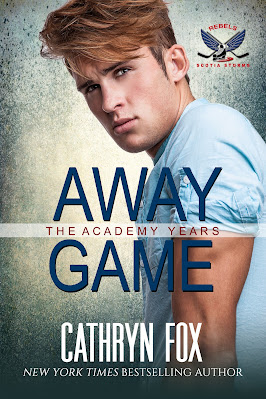 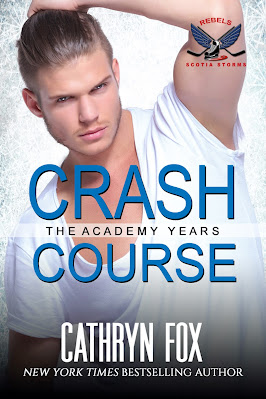 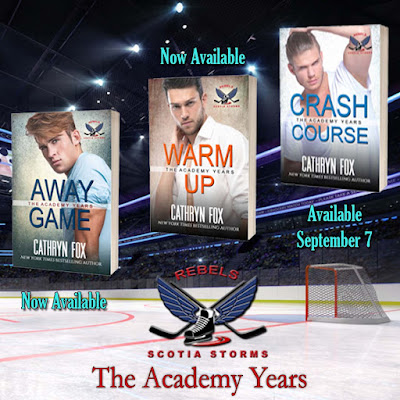 AUTHOR BIO
New York Times and USA Today bestselling author Cathryn Fox is a wife, mom, sister, daughter, aunt and friend. She loves dogs, sunny weather, anything chocolate (she never says no to a brownie) pizza and red wine. Cathryn lives in beautiful Nova Scotia with her husband, who is convinced he can turn her into a mixed martial arts fan. When not writing, Cathryn can be found Skyping with her son living in Seattle (could he have moved any farther away?) shopping with her daughter in the city, watching a big action flick with her husband, or hanging out and laughing with friends.
AUTHOR LINKS
TIKTOK
NEWSLETTER
INSTAGRAM
FACEBOOK 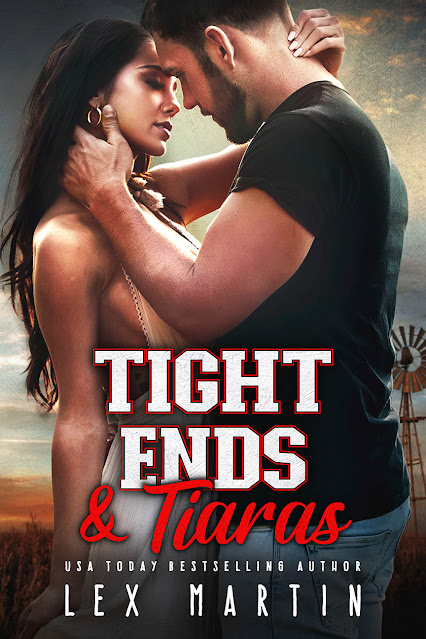 Title: Tight Ends & Tiaras
Author: Lex Martin
Genre: Contemporary Romance
Release Date: July 5, 2022
BLURB
USA Today bestselling author Lex Martin delivers a swoony, single dad romance about a college football player and the fake girlfriend he knows he should resist.
Football is one hundred percent the focus of my life—until a squawking toddler, with a temper to rival my own, lands in my lap and flips my life upside down.
I’ll never be Dad of the Year. Anyone will tell you that. Except maybe Sienna, my sister’s former roommate, who somehow manages to make my broody ass laugh and sees something in me no one else does.
When Sienna offers to let me and my little princess move in with her, I’m not sure if it’s to help or because she wants revenge on my teammate and long-time rival, who broke her heart.
Either way, I’m game. Because I need to get my ex off my back, and Sienna doesn’t mind pretending to be my girlfriend.
Only neither of us is ready for the sparks that fly between us or the consequences when they do.
★ What you can expect:
– sexy single dad
– fake dating
– sports romance
– slow burn but steamy
– opposites attract
– college football
– small town
ADD TO GOODREADS 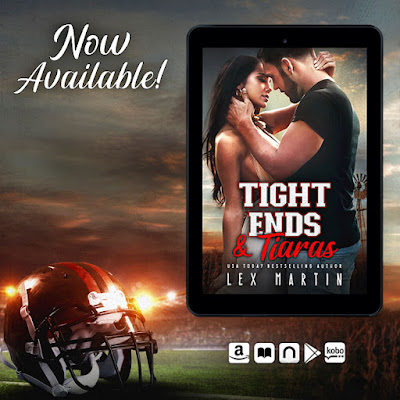 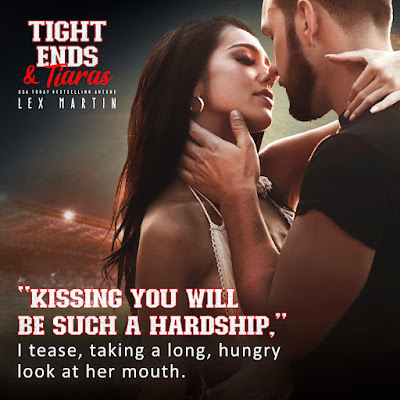 AUTHOR BIO
Lex Martin is the USA Today bestselling author of the Texas Nights series (Reckless/Shameless) and the Dearest series. She writes contemporary romances, the sexy kind with lotsa angst, a whole lotta kissing, and the hot happily ever afters. A former high school English teacher and freelance journalist, she’s lived all over the country but currently resides in her hometown of San Antonio with her husband and twin daughters.
AUTHOR LINKS
NEWSLETTER
WEBSITE
FACEBOOK
FACEBOOK GROUP
BOOKBUB
INSTAGRAM
GOODREADS
AMAZON
TIKTOK 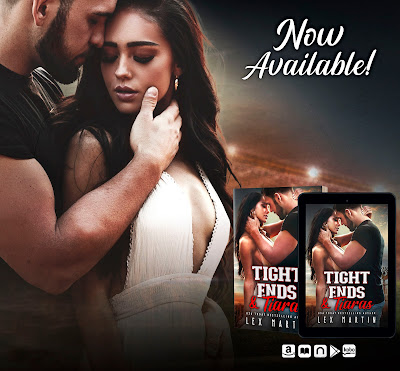