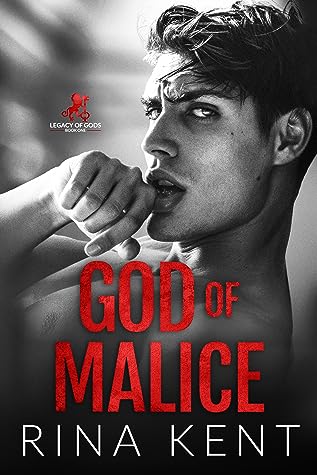 God of Malice; Legacy of Gods #1
(A standalone within a series)

Review:
Have you ever wondered what happens when the villain and their queen have children? Wonder no more. Step into a brand new world that is dark and full of monsters and the princesses caught in their sights.

The Legacy of Gods series is a new world that brings us the children from the Royal Elite and Mafia World villain’s and their queens. Characters we’ve already fallen in love with, or for some readers they may never have met, either way, this world is brand new and the perfect place to meet brand new characters who are unapologetic for who they are and a place for us to fall in love with all the dark romance that their actions take us on. It’s a wild ride and one I’m still in complete awe over even hours after finishing the book. I have a feeling this entire series is going to involve lots of book hangovers.

Killian Carson doesn’t process emotions like the rest of the world. He has no empathy for others or remorse for his actions. He also becomes fixated on certain things, becoming obsessive about them to the point of destruction and right now his current fixation has become Glyndon King. Like the prey trying to escape the hunter he loves the chase, the struggle and especially the color red or should I say blood.

Glyndon King is familiar with someone like Killian. Her brother, Landon, is very similar in their personalities. While she recognizes the traits within Killian, she certainly doesn’t like being the center of his obsessive world. She does everything to escape him, fearing he’ll see deeper into her own secrets and darkness and Killian for all of his lack of emotions seems to see all of hers and knows her better than even she does.

These two are one of Rina’s most explosive couples’ yet. I feel like all I can say is Wow, Wow, Wow! Killian was like opening a box inside another box inside another box, etc….His character was fascinating and yet, also kept me on the edge of my seat never knowing exactly what he was going to do. I loved him for what would seem like a hollow shell on the outside, but he was truly a kaleidoscope of color on the inside. Glyndon grew in her strength, but it was more of an uncovering, something she always had inside of her, but Killian helped to bring it out. Their story was turbulent and dark with a splash of mystery that I’ve come to love with Kent’s books, but I was also transfixed and loved every moment of it.

The secondary characters, I almost hate to call them that only because I know many of them will be getting their own books, but for now that’s where they were cast. Each and everyone was fascinating in their own rights. I truly couldn’t decide who I would want to read next because they all have their strengths and deserve a chance in the spotlight. There were also great moments with family and of course when they are gathered together with their friends it checked off everyone of my boxes for a truly great beginning to this new series!

Synopsis:
Royal Elite & Mafia World Spinoff Dark New Adult Series. This is a standalone.
I caught the attention of a monster.
I didn’t ask for it.
Didn’t even see it coming.
But the moment I do, it’s too late.
Killian Carson is a predator wrapped in sophisticated charm.
He’s cold-blooded, manipulative, and savage.
The worst part is that no one sees his devil side.
I do.
And that will cost me everything.
I run, but the thing about monsters?
They always chase.

This book is not a conventional romance and contains themes that aren’t to everyone’s liking. Please check the author’s note before reading. 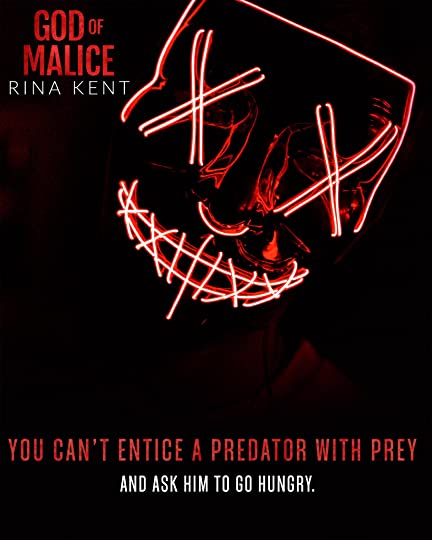 1 thought on “Review – God of Malice by Rina Kent”