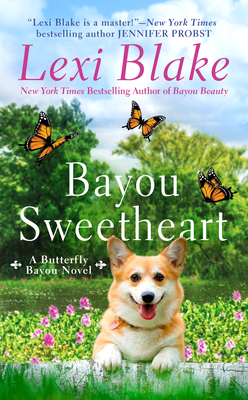 Review:
Serious tears and a whole lot of laughs while reading Bayou Sweetheart. Lexi Blake wrapped me up in all the southern comfort of revisiting Butterfly Bayou while sending my emotions on a ride.

Bayou Sweetheart brings instant chemistry with a slow burn romance and family drama that is a binge worthy kind of reading.

Major Blanchard is losing his dad to early onset dementia. A sad reality that is hitting him hard as he’s the only one left in his family now that his dad is slipping away from him little by little. This part of the story is heartbreaking and also heartwarming. How could it be both? Well….Major’s dad is a sweetheart with a kind soul and in his lucid moments I wept for the big hearted love he had for his son and the tough decisions that they both knew were coming. I’m still tearing up while trying to write what I was feeling, if that helps in conveying the big sway of emotions that Lexi brought forth in this wonderfully crafted book.

Brynn Pearson has never had the chance to be free to be herself. She’s been working as an actress since the age of five and never once took a break. Now, twenty years later, on the preprice of breaking out as a serious adult actress she experiences a taste of being herself. A taste of happiness that doesn’t stem from being a known actress. A taste of hope in being free from the poison of LA and tabloids. A taste of peace. It’s all wrapped up in the small town of Papillon and somewhat in the grumpy deputy who sees her and not her fame. Could this be her chance to walk away from her career or take this small taste of happiness and then return to her life of neverending work?

Lexi’s writing slayed me in all the best ways. I laughed, I cried and fell in love all over again with this small town. This story resonated with me in ways I will always treasure.

While this book is interconnected to others in a series, Bayou Sweetheart can be enjoyed as a standalone.

After leaving the military, Major Blanchard moved to Papillon, Louisiana, to be with his aging father, where he’s taken a deputy position with the sheriff’s department. Now that he’s settling into life on the bayou, he’s trying out the dating scene. Every single woman in town seems to be pining after the handsome newcomer. But so far, nothing’s worked out, and he’s had some spectacularly bad dates. Major’s getting ready to give up on love when a new lady roars into town to film a movie and turns his world upside down.

Actress Brynn Pearson is trying to make a successful transition from child star to leading lady. Now that she’s landed her first lead in a major film, nothing can stop her. She’s committed to focusing solely on her work, so romance is the last thing she needs–too bad she can’t get her mind off the dreamy deputy she keeps running into. He’s gorgeous, and something about him makes her feel safe. As Brynn’s feelings for Major deepen, she starts to wonder if maybe there’s more to life than her career.

When a family crisis throws Major’s life into a tailspin, he turns to Brynn for support, and hopes their budding relationship will shine brighter than Hollywood lights.

The Godparent Trap by Rachel Van Dyken is now live!

Life’s Too Short meets The Unhoneymooners in this sparkling, steamy, and swoon-worthy novel from #1 New York Times bestselling author Rachel Van Dyken, in which two sworn enemies must share house, home—and maybe their hearts—when they become co-parents after a sudden loss.

Colby’s living her best life: as a popular food blogger, she gets to fulfill her dreams of exploring the globe. But her world comes crashing down when a tragic accident leaves her co-guardian of her best friend’s two adorable children. Not only does she need to put down roots—fast—but she’ll be sharing custody with the one man she can’t stand sharing a continent with, let alone a house.

Accountant-extraordinaire Rip values rules and plans. But when he loses his sister and his best friend and becomes an insta-guardian all in one night, Rip sees his organized life imploding. What he really doesn’t need is his sister’s irresponsible, flighty—albeit kind and gorgeous—best friend making it worse.

Rip doesn’t trust Colby to take their new responsibilities seriously, while Colby can’t believe Rip thinks children will thrive under his rigid control. Yet soon Rip and Colby discover they need each other more than they hate each other. Could it be possible that following their hearts is just what their new little family needs?

Rachel Van Dyken is the #1 New York Times Bestselling, Wall Street Journal, and USA Today bestselling author of over 90 books ranging from contemporary romance to paranormal. With over four million copies sold, she’s been featured in Forbes, US Weekly, and USA Today. Her books have been translated in more than 15 countries. She was one of the first romance authors to have a Kindle in Motion book through Amazon publishing and continues to strive to be on the cutting edge of the reader experience. She keeps her home in the Pacific Northwest with her husband, adorable sons, naked cat, and two dogs. For more information about her books and upcoming events, visit www.RachelVanDykenauthor.com 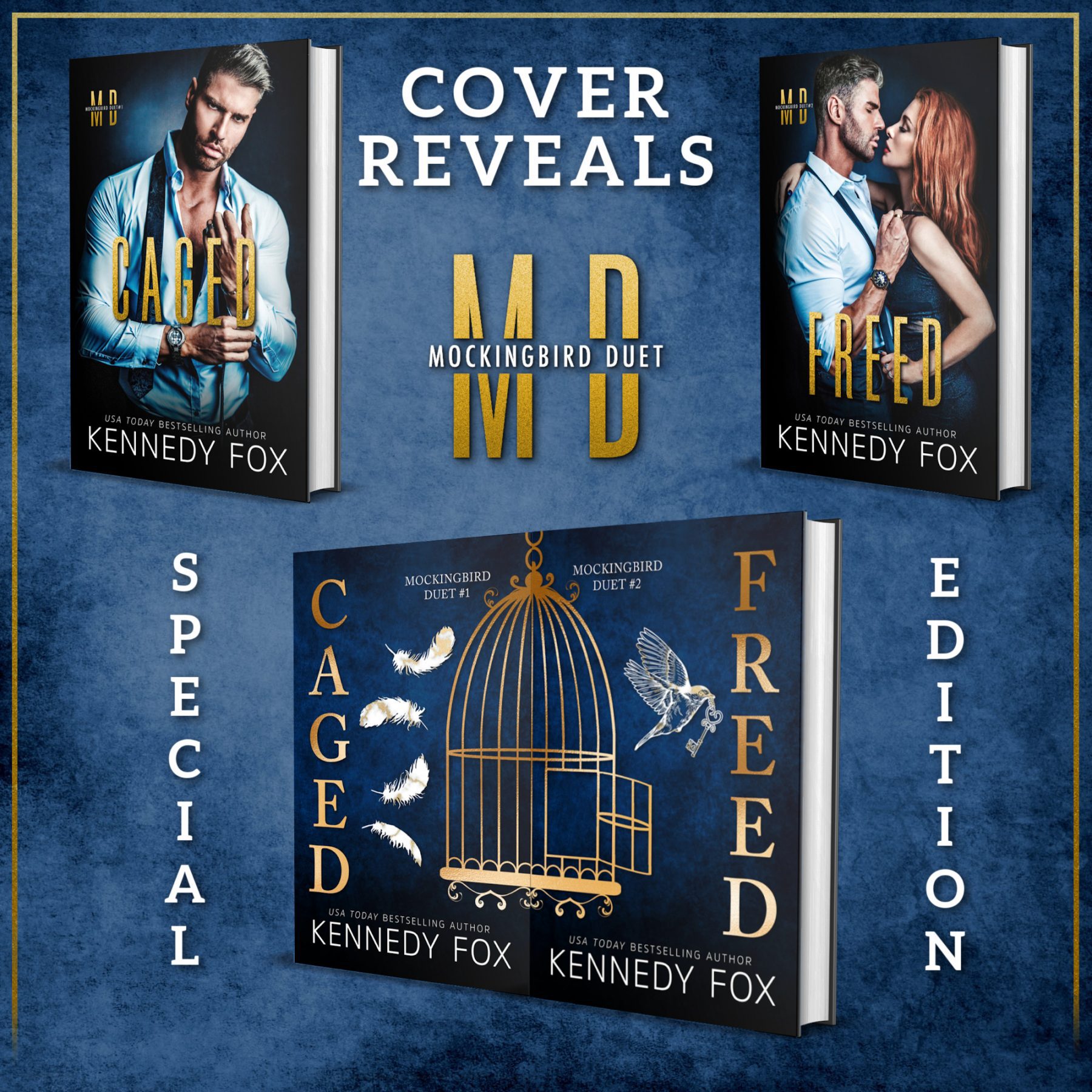 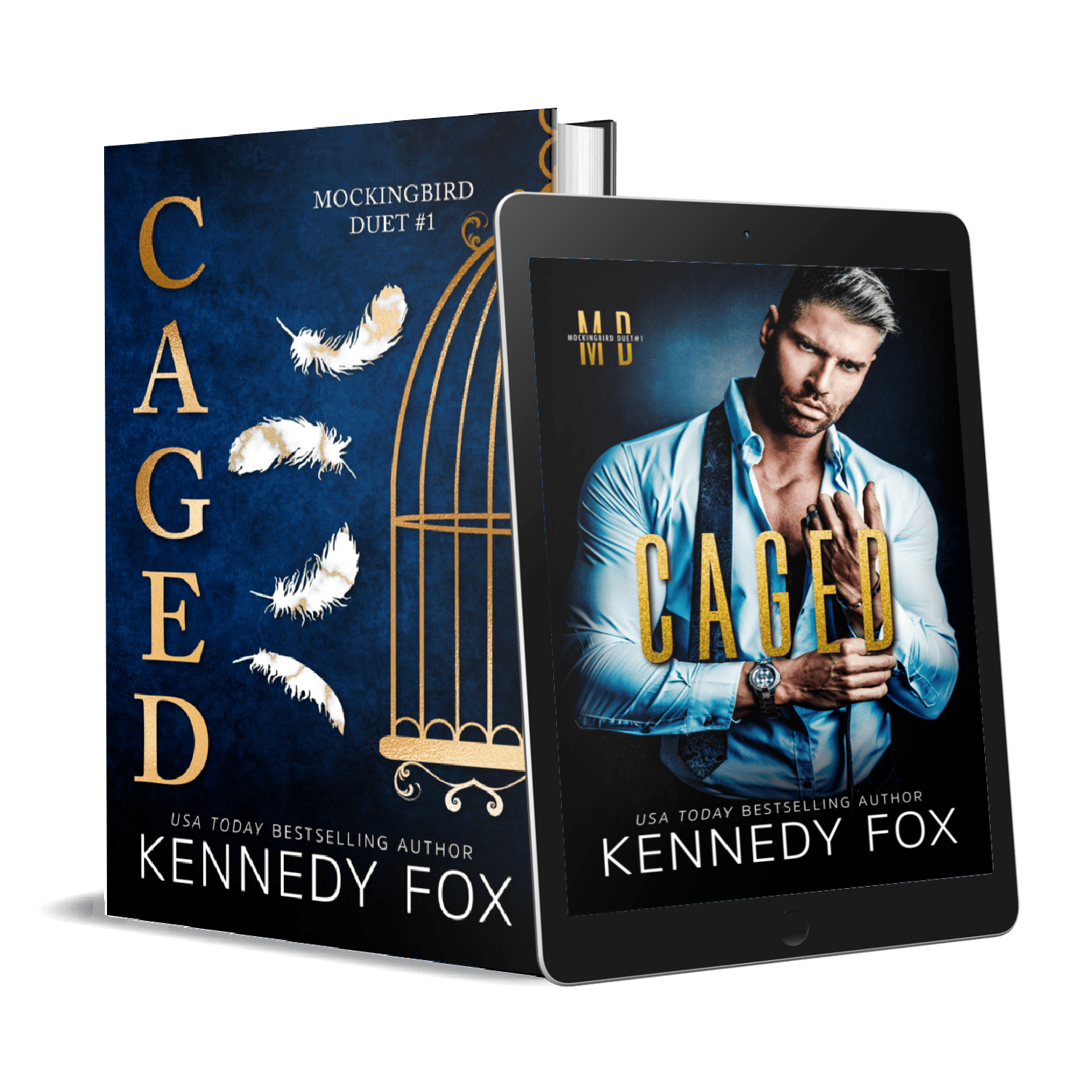 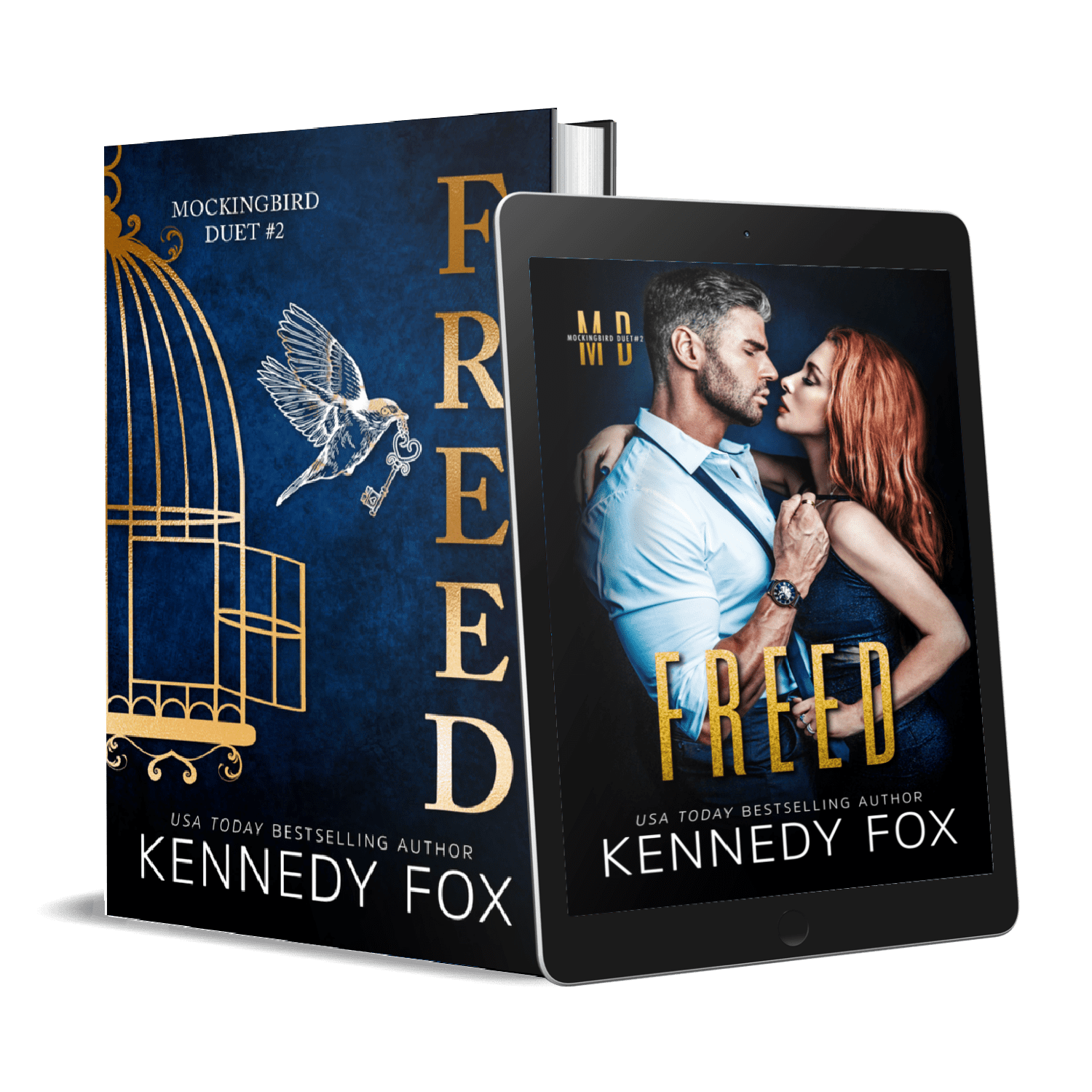 To the public, he’s a charming philanthropist and noble billionaire.

In reality, he’s a cruel liar full of greed and manipulation.

A man no one dares to cross.

Except me—the one woman he can’t have.

I’m a pawn in his toxic game of wealth, power, and privilege.

And while everyone knows Jarek Warner gets what he wants, I’m the one thing his money can’t buy.

Inspired by Daddy Warbucks & Orphan Annie, Kennedy Fox brings you their first dark romance duet in a new twisted world between a billionaire guardian and his ward. All characters are of legal adult age. 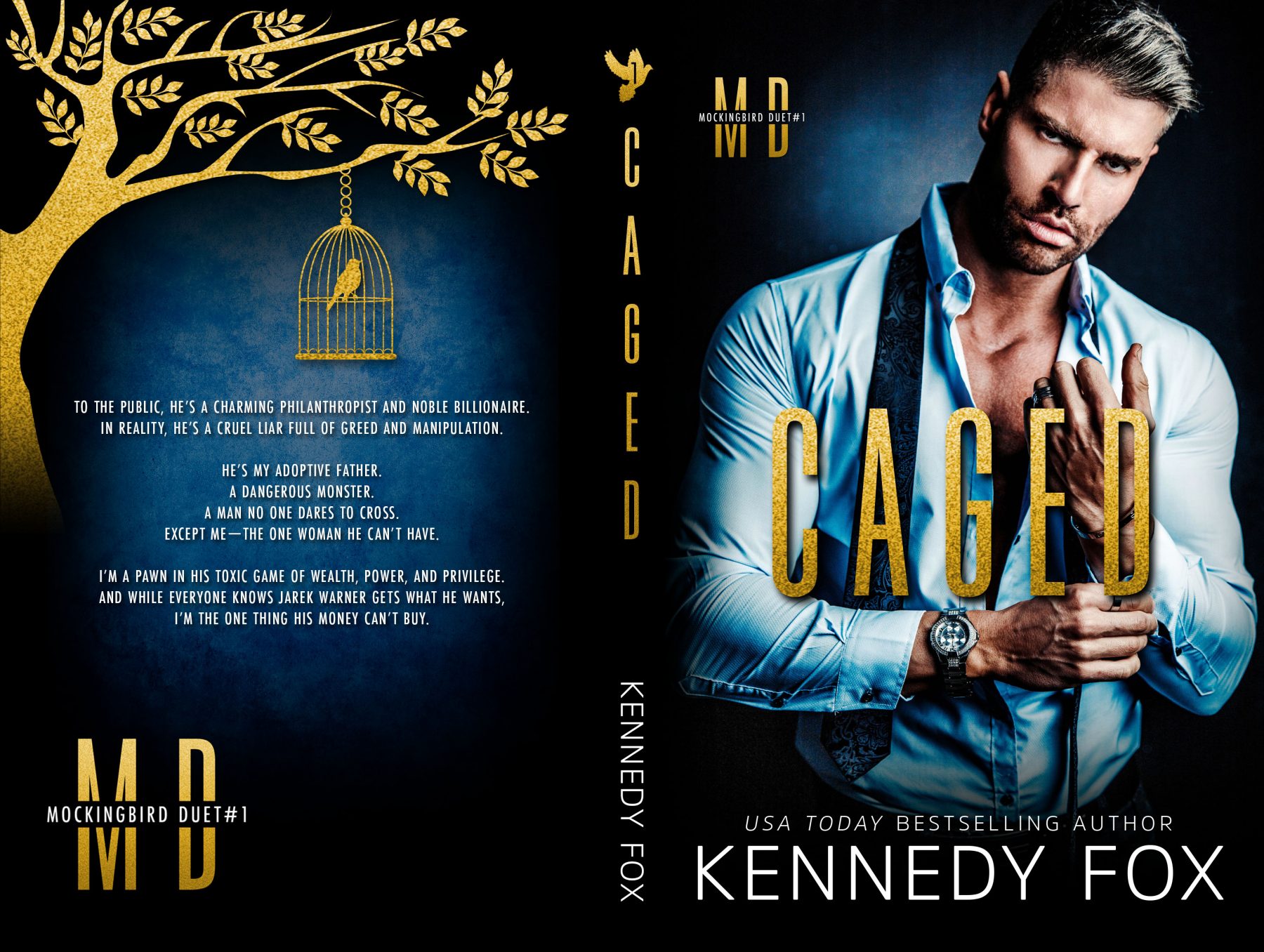 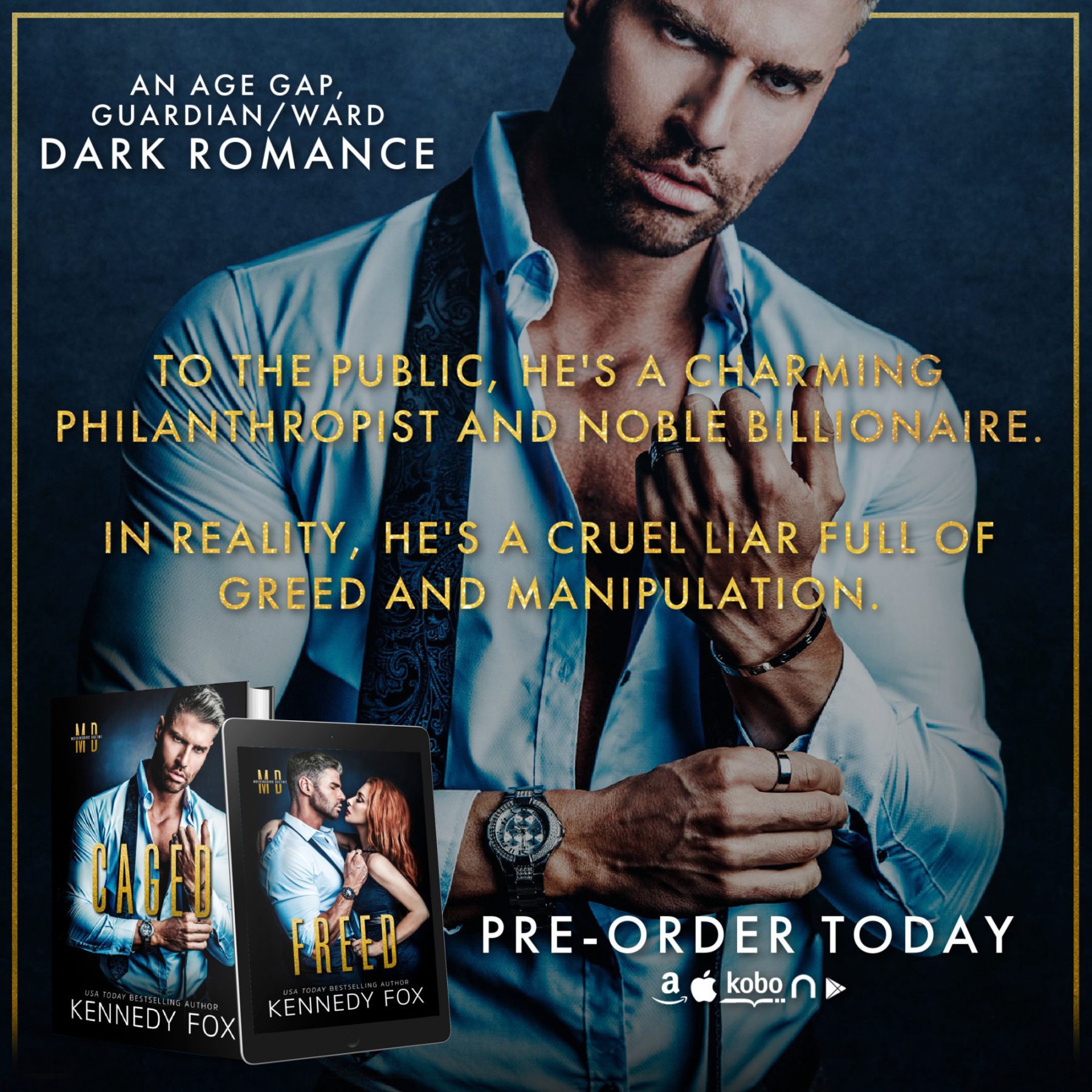 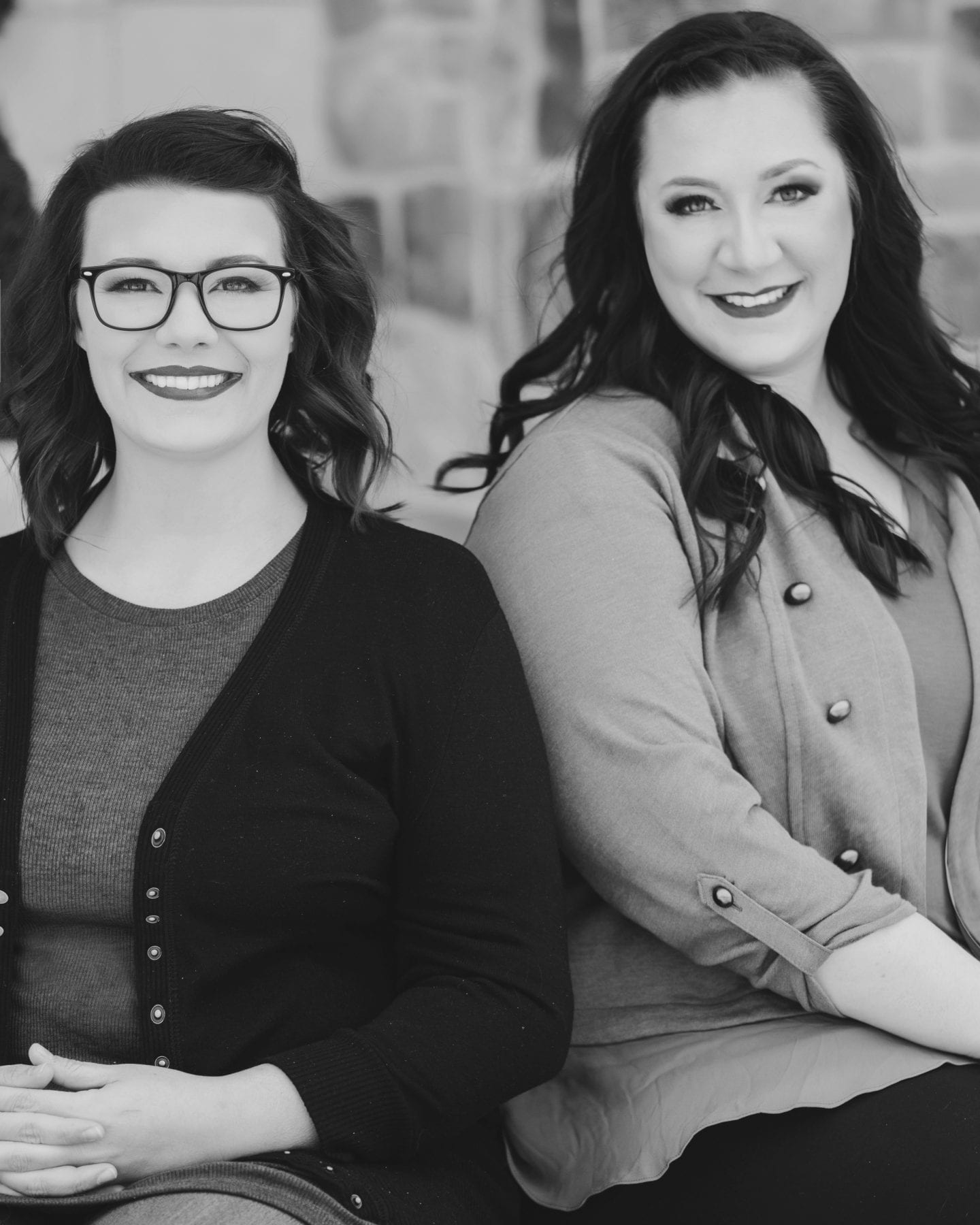 Meet Kennedy Fox
Brooke Cumberland and Lyra Parish are a duo of romance authors who teamed up under the USA Today pseudonym, Kennedy Fox. They share a love of Hallmark movies, overpriced coffee, and making TikToks. When they aren’t bonding over romantic comedies, they like to brainstorm new book ideas. One day in 2016, they decided to collaborate under a pseudonym and have some fun creating new characters that’ll make you blush and your heart melt. Happily ever afters guaranteed!
View our full reading order here

This is an enemies to lovers, steamy sports romance, you won’t want to miss!

I never imagined that one night could end the friendship Beau Bishop and I’d had since birth and sever all ties between our families. Especially when less than an hour prior to that tragic accident at the racetrack that night, he had confessed his love to me under the bleachers. A bond I’d thought could never be broken was smashed to smithereens in an instant.

He left Alabama, hightailing it to Florida without so much as a good-bye.

Two years later, we’ve crossed paths again. Only he’s no longer known as Beau Bishop. No, now, the boy that I’ve been in love with my entire life is called Bama. And Bama is a cocky, closed-off jerk.

As much as he tries to push me away, he should know how persistent I am when it comes to something I want. Losing is never an option. Just ask all of the guys I’ve raced to become number one.

Getting everything I’ve ever wanted is finally so close I can almost reach out and grab it. But you know that saying—waiting for the other shoe to drop? Yeah … well, those words were always in the back of my mind. Knowing it seemed too good to be true to finally have Beau Bishop in the palm of my hand.

And I was right. Because once again, I was alone.

Sometimes, fear makes you do stupid things when it comes to the ones you love. We were a walking example of that.

This is book two in the Florida East University series.

Single Girls Rule #GoddessContest. an all-new steamy and hilarious novella from USA Today, Wall Street Journal and #1 Amazon bestselling author Ivy Smoak is coming August 10th, and we have the first look at the incredible cover!

My BFF has been kidnapped.

And in less than 24 hours, her kidnapper is going to auction off her virginity.

Don’t get me wrong – it’s amazing to have your virginity auctioned off.

Especially if a guy is willing to pay millions for it.

But I can’t let my BFF lose her V-card all alone.

So I’ll do whatever it takes to save her.

Single Girl Rules #GoddessContest is a novella filled with love, laughs, and the world’s steamiest contest.

About Ivy
Ivy Smoak is the Wall Street Journal, USA Today, and Amazon #1 bestselling author of The Hunted Series. Her books have sold over 2 million copies worldwide.
When she’s not writing, you can find Ivy binge watching too many TV shows, taking long walks, playing outside, and generally refusing to act like an adult. She lives with her husband in Delaware.
It’s been a wild ride to chase her dreams…