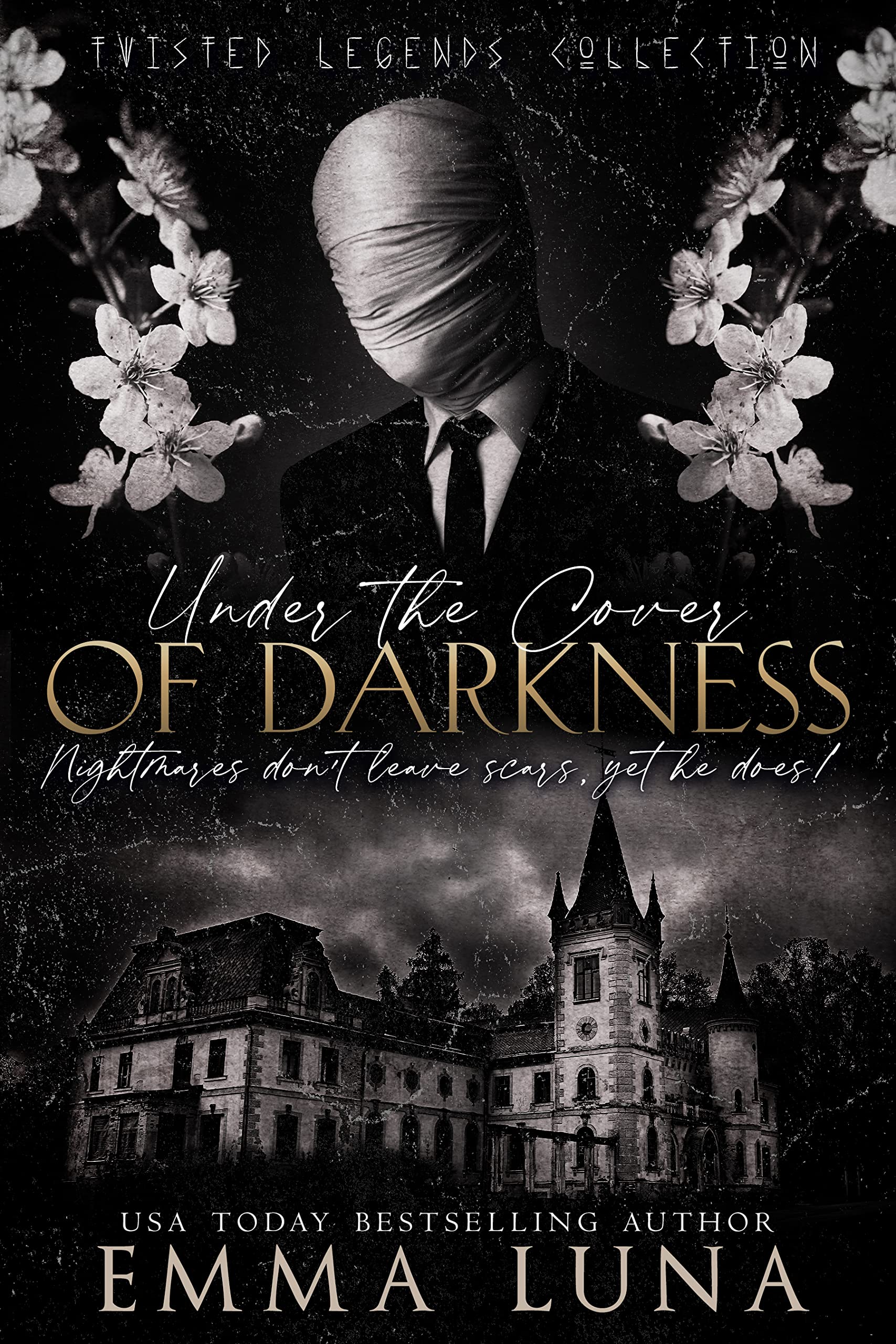 Under the Cover of Darkness; Twisted Legends Collection
(Standalone within a shared world series)

Review:
What is real and what is myth? Do you believe the boogeyman can harm you in real life? In Under the Cover of Darkness those thoughts and possibilities are brought to life in this twisted tale. This book held me and didn’t let go from start to finish.

I read pretty much anything under the giant romance umbrella, but if there is any potential trigger for me it is a story that contains drug use. It’s not an automatic trigger for me, because as much as I’d love to believe in all things romance and that love always wins and makes everything better, unfortunately living with a family member who was an addict where it eventually took his life, I know the hard truth surrounding drug use and that love isn’t the magical cure. However, like I said, because it isn’t a hard and fast no for me, I love an author who approaches this topic with a realistic approach, with a dash of love because that is what life is also about.

Okay, enough of the sad…Dylan is admitted to a psychiatric facility because he is an addict. He is forced to attend there for six months or his other alternative is jail. This is his last chance, get clean, get help, sort out your life…or pretty much don’t come back to the band. While Dylan isn’t thrilled with either option in the beginning, because what addict is, he chooses the facility. It’s a choice that has major life altering changes in ways he never could have imagined…but perhaps ask any addict who changes their life around and they may tell you looking back how different their life is to what it was. I’m just not sure Dylan was expecting a walking urban legend to grace Lakeridge’s halls.

Addy’s only goal is to eventually be released from Lakeridge, but until she can convince her doctor that she is of sound mind she just may become a permanent resident. Addy blames herself not only for her forced stay, but also for her manifestation of the Slender Man who visits her in her nightmares. He punishes her for her sins and until her mind is stable enough to release these night terrors she may never be free. No one believes her, not her doctor, not the other residents, no one until Dylan arrives, but could he be another manifestation as well?

Dylan and Addy form a bond over their turbulent pasts and now their current situations, their relationship grows even when they are encouraged not to form attachments. What is that saying…something forbidden only makes it sweeter? Okay, that’s not really the case with these two, instead, their bond keeps pulling them together no matter what the obstacles may be. It’s unshakable and unbreakable. For the first time they both have found something that extends beyond drugs or soul crushing pain…they have found love.

With suspense, mystery, and a whole lot of darkness in this twisted tale what I loved most of all is the overall theme of working to get better. Dylan’s mental health never fell to the wayside and even though Addy’s mental well being was twisted up in a tale of an urban legend it was also taken into consideration with the overall mental health plan. So, circling back to my initial, could this be a trigger for me…it wasn’t. I really respected Emma in dealing with Dylan’s addiction the way she did and never once letting it fall to the background.

I’m also trying not to give too much away in regards to the twisted myth part of the story…which is big part of the book. It’s best to discover the terrifying Slender Man for yourself and dive into the urban legend without too much knowledge. Enjoy!!

Synopsis:
ADDY
I thought the suffocating loneliness of the last two year were bad, but then I was sent to Lakeridge Psychiatric Facility.
On the outside it’s disguised as helpful brochures and friendly doctors who have vowed to help, but the real truth is just below the surface, lurking in the shadows, and haunting my dreams.
At night he comes—taunting and abusing me. Bending me to his will, and making sure no one believes me.
That is until Dylan.
I can touch him and see him, but if my mind is capable of creating such horrors like my nightmares, can I trust that he’s real?

DYLAN
I’m no stranger to breaking rules and living on the edge. I guess it kind of comes with the territory of being a rockstar. But when I’m forced to attend Lakeridge, to serve my time and get sober, I’m met with the one thing I know I can’t have.
Addy.
I know we don’t have a chance, not unless I want to get kicked out of here, and made to finish my sentence in a proper prison. Still, something about her calls to me.
There is more to the marks on her pale skin than the doctors say, and her nightmares seem to be a little too real.
Digging deeper into the madness, I’m left to question, can nightmares really leave scars? Or am I becoming mad too?

Author Note
Under The Cover Of Darkness is a dark contemporary romance retelling of the Slender Man urban legend. It’s part of the Twisted Legends Collection, which is a shared world with other authors. All the books can be read as standalones, but if you like urban legends twisted into romances, then you will want to collect them all. Due to mature themes, this book is not intended for anyone under the age of eighteen. There are scenes in this book that may be a trigger for someone people.