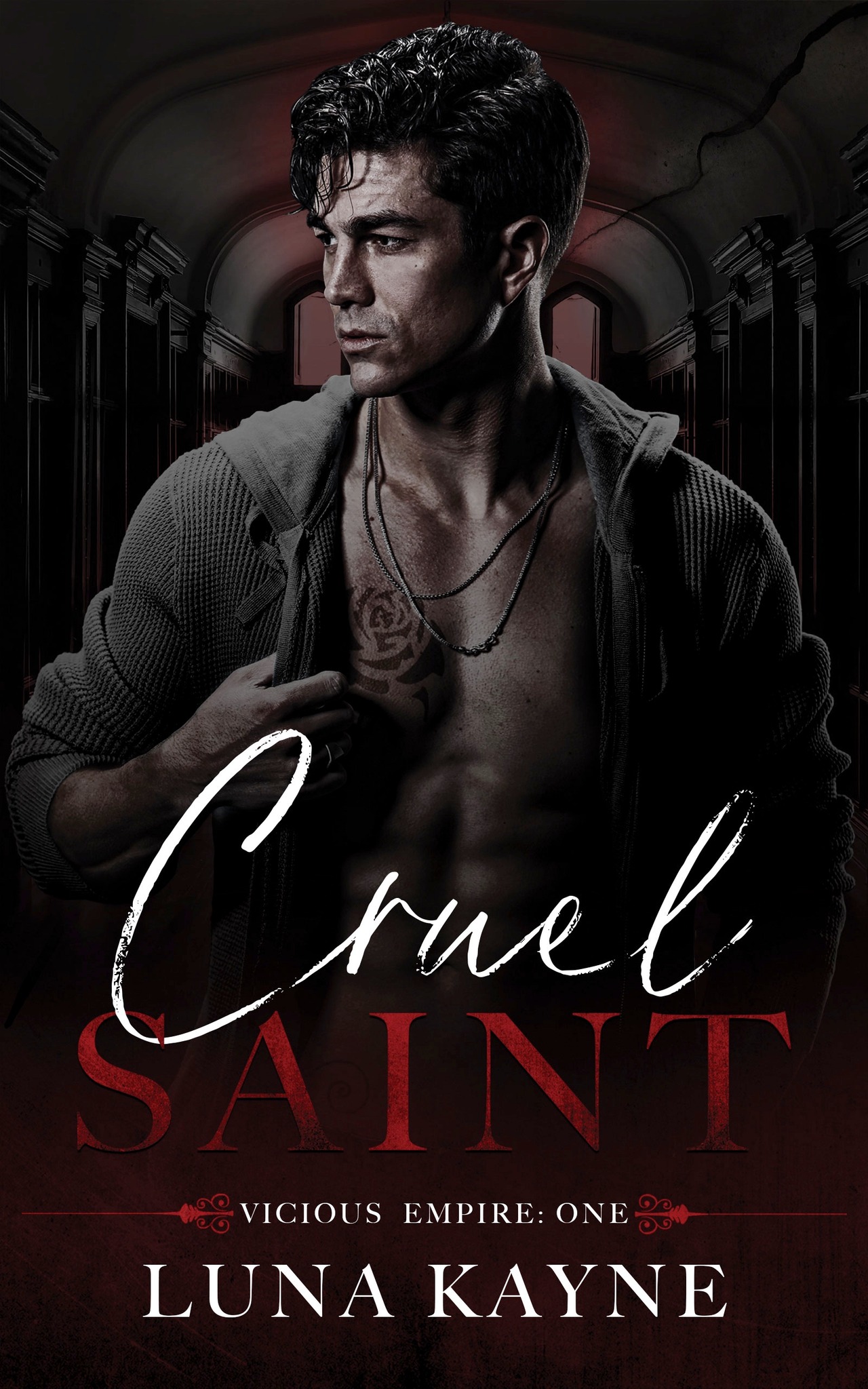 Review:
Cruel Saint is the first in the series with a continuing storyline that will follow through the rest of the books, but this particular story focused on the love interests between Ryder Saint and Amara Scott.

Ryder and Amara have a lot of unique twists wrapped up in their second chance love. Amara was sold into an arranged marriage with Ryder, but they were already in a secret relationship before either one of them discovered this news. However, their contract was dissolved when her father died and she actually moved away crushing them both. Now it’s a few years later and Ryder is back to claim the woman who has always been his, but Amara doesn’t feel quite the same.

There are a whole lot of secrets and twists wrapped up in Ryder winning her back and that is only part of the story. On top of this romance battle there is an ongoing investigation into her brother’s murder which is also part of the series continuation plot, but there is also mystery surrounding members of their own family. I have to say I loved the intrigue and trying to unravel who could potentially be behind all of the upcoming plot twists.

Within this first book we do get to meet, on some sort of level, all of the Saint family members, along with Amara’s family. There are also a few additional people sprinkled in that give extra twists to this angsty book which I’m already loving. Have we meet everyone who could be a suspect yet? I’m not entirely sure, but I love trying to unravel all the leads that could lead me to the possible killer.

I’m anxiously awaiting the next book, which will focus on another Saint brother and his fall into love, but will also continue this ever evolving plot into the intriguing mystery.

Synopsis:
HE WAS HER FIRST FOR EVERYTHING.
NOW HE’S DETERMINED TO BE HER LAST.

RYDER SAINT
Amara is my dark obsession. She was promised to me in a deal she knows nothing about.
Four years ago, I sent her away to protect her from the life I live as the son of a crime lord.
Now her brother—my best friend—is dead, and though I wasn’t there for him in the end, I intend to look after his little sister.
I should stay in the shadows, let her live the life her brother wanted for her, but she’s in trouble in more ways than one, and I’m the only one who can save her…but I’ll have to break her first.
Good girls keep their promises, and it’s time Amara came home—to me—where she belongs.

AMARA SCOTT
As far as I’m concerned, Ryder let me go four years ago, and I never looked back.
Now he shows up demanding I come home, and I have no choice but to return when he forces my hand.
The Saints never pay for their crimes. They take what they want and discard the rest. Like me…
But I’m not a weak girl anymore, and I’m packing some secrets of my own.
I’ll use my time to find out who killed my brother…then I’ll destroy them.
Even if that man is Ryder himself.

Since she broke up with me, I get my needs met any time I want, without putting my heart on the line. Exactly how I like it.

But when she is called overseas and leaves me with our child, my bachelor lifestyle ends faster than you can say, “Daddy, I want a pony.”

Problem is, help’s come in the form of an incredibly hot nanny.

Who is much younger than me.

I watch Scott care for my kid and can’t help feeling like he clicks into place in her life.

When he looks at me, though … I get an entirely different feeling. One that makes me long for things I can’t have.

Unmanageable is a contemporary m/m age gap romance about a starry-eyed nanny who wants hot-air balloon rides and singing telegrams and a grumpy single dad who most definitely does not.

Leslie McAdam is a California girl who loves romance and well-defined abs. She lives in a drafty old farmhouse on a small orange tree farm in Southern California with her husband and two small children. Leslie’s first published book, The Sun and the Moon, won a 2015 Watty, which is the world’s largest online writing competition. She’s gone on to receive additional literary awards and has been featured in multiple publications, including Cosmopolitan.com. Her books have been Top 100 Bestsellers on both Amazon and Apple Books. Leslie is employed by day but spends her nights writing about the men of your fantasies. 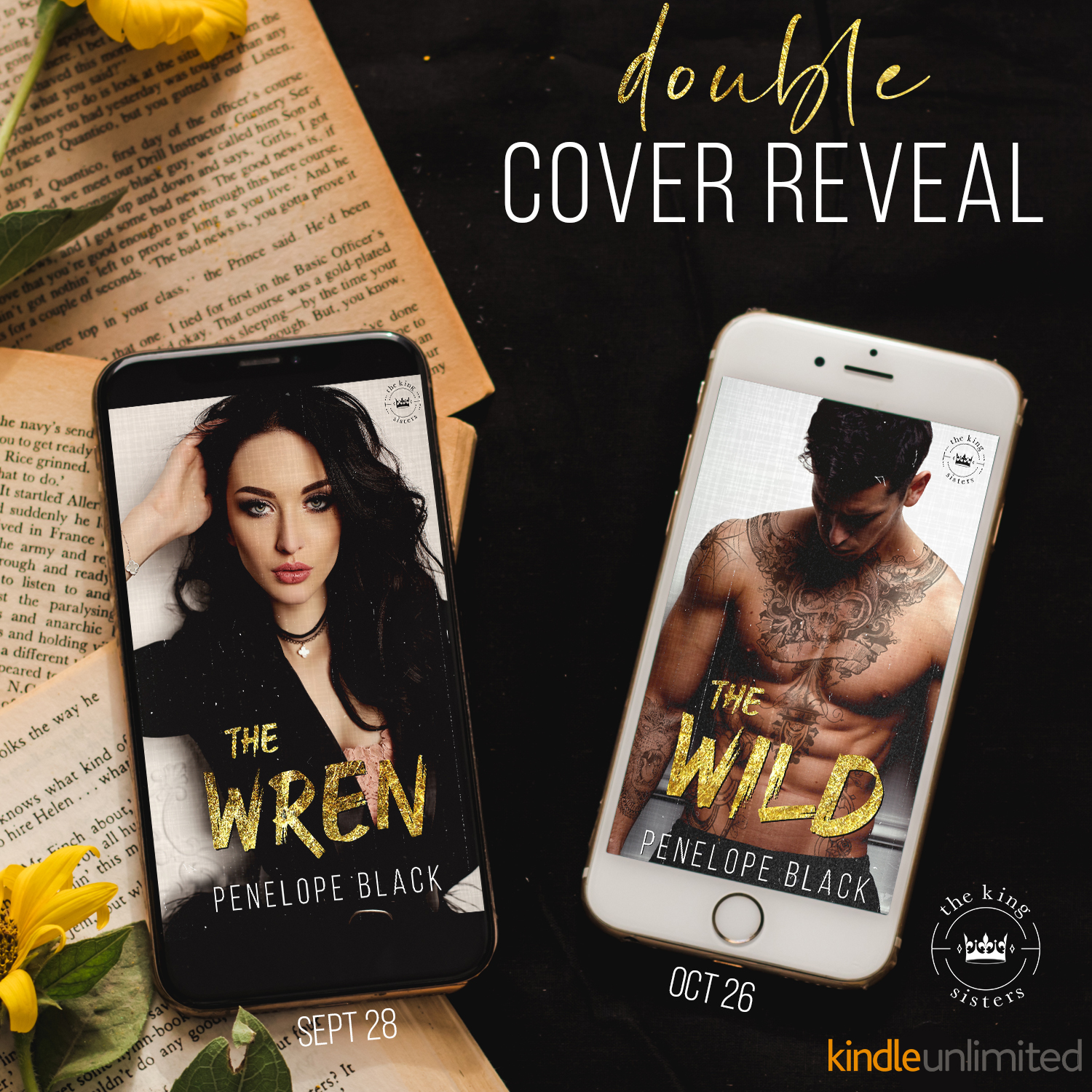 As the firstborn King, I should be the heir to the Irish Syndicate.

Instead, my father wants to marry me off to the highest bidder to fund a war I don’t believe in.

My carefully controlled life starts to unravel, spiraling out of control faster than I can stop it.

And then I meet them, and I can breathe again.

Tall with perpetual smirks and covered in tattoos, they remind me what it feels like to live.

Remind me that I don’t need someone to save me.

I’m a King. I can save myself.

Penelope Black is a romance writer who loves living-room dance parties, iced chai lattes, and getting lost in a book. She currently lives in the Midwest with her husband, two tiny humans, and a fluffy labradoodle.