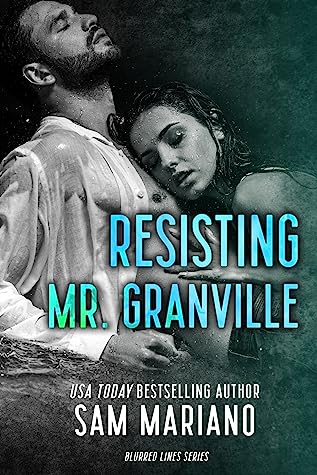 Review:
Kennedy enters into a relationship with her mothers ex, an older man, who has a son that is the same age-Jet- just to give the age gap point of reference.

Now, while she is in this relationship with Milo Granville, she also has an encounter with his older son, Jonathan as well. This book is not just an age gap, forbidden story….no, it also delves into the taboo with father-son sort of competing for one girls affection.

This book is full of angst, a Granville triangle, and a whole lot of emotional ups and downs.

While Kennedy’s life may seem like sort of a mess to someone looking from the outside world, at one point or another she has a Granville man looking out for her and whether she knows it or not, that kind of attention isn’t all bad, at times super hot, and definitely with lots of affection.

Where Milo is the head of the household, he truly cares about Kennedy and his sons. Some of his actions were frustrating, but as a parent myself, I also understood where he was coming from. He had years of experience controlling himself and understanding his sons. The newest variable was Kennedy and he just needed time to adjust to her within his life. I just enjoyed how his sons picked up the slack while he took his timeout.

I won’t say much more on how the Granville men all worked their way into her life or the final outcome, but regardless of who dragged their feet or who antagonized whom, the ending was WOW!! I totally did not see that coming!

Synopsis:
I found love where I wasn’t supposed to find it…

The night I met Mr. Granville, he was slipping out of my mother’s bedroom.
She was passed out drunk and I was on my own, but that was nothing new. It wasn’t even the first time one of her boyfriends looked at me for a little too long—just the first time I felt anything like interest in return.

My mother and I had never been close, but I knew I had to pretend not to notice his hot gaze lingering on me when he was supposed to be there to see her, had to resist the temptation to lap up all the attention he offered me.
Until the one night I didn’t.

After they broke up, I thought I’d never see Milo Granville again.
But my less-than-impressive grade in chemistry had me striking a deal with his brilliant son: he would help me bring up my grade, and I would pretend to be his girlfriend so he could get the attention of the girl he actually liked.

Pretending to date the youngest Granville has me spending a lot of time with the Granville men, and while he loves having me around again, seeing me with his son is not something Mr. Granville enjoys.
He seems determined to remind me of the night that changed everything between us…
As if I could ever forget.

Milo is devilishly handsome and too commanding for his own good, but I have to resist the attraction raging between us.
Too bad Mr. Granville is just as intent on tempting me at every turn.

Resisting Mr. Granville is a full-length standalone forbidden romance. It is not a dark romance, though it does contain some dark and sensitive subject matter. Refer to the author’s note in the beginning of the book for additional details.