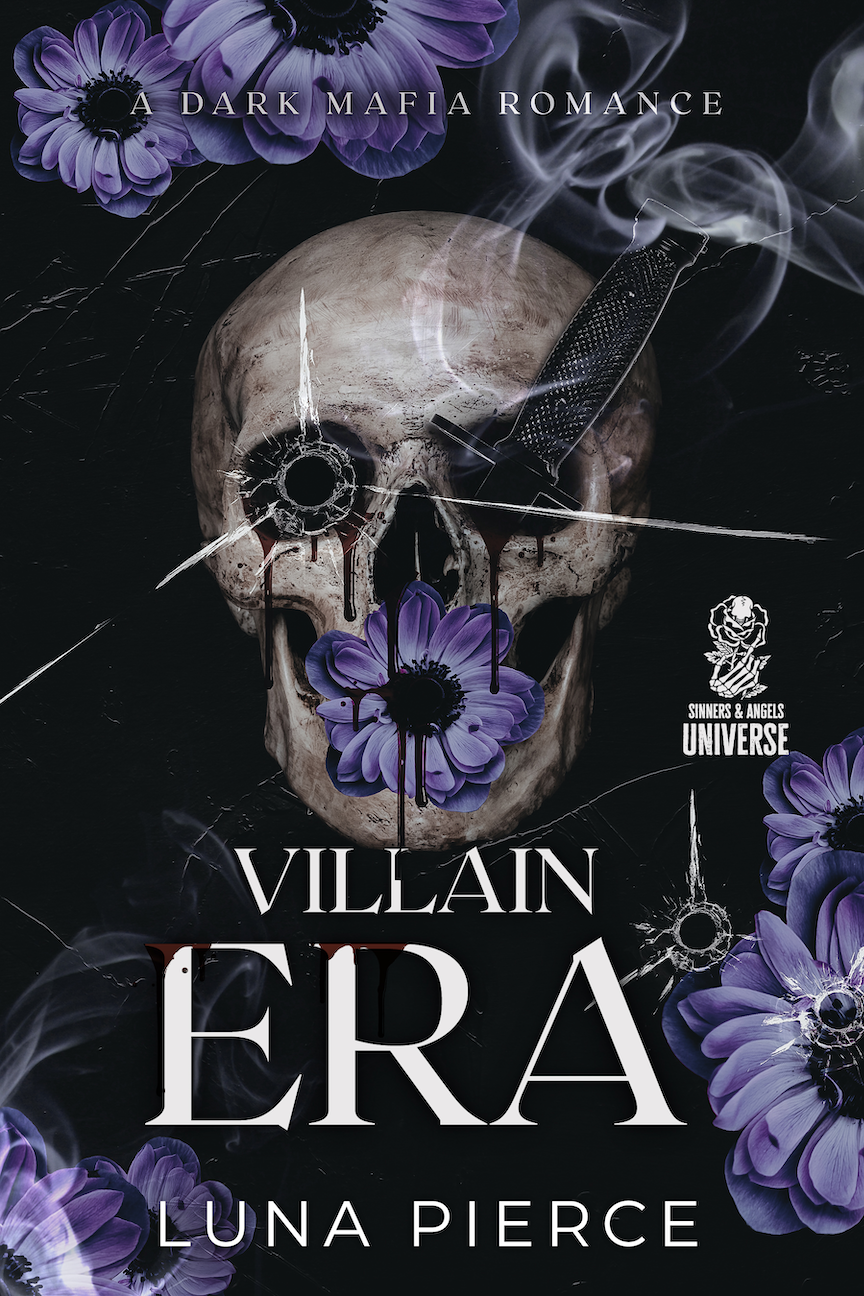 Villain Era; Sinners and Angels #3
(#3 within a series)

Review:
Villain Era happens about six months after Untamed Vixen and is a continuation of June, Dom, Co, and Magnus, along with now Simon who has become her bodyguard’s story.

Dom is now leading the west coast mafia and desperately trying to get a handle on his new position, but losing his grasp on the one person he claimed to love, June. Co and Magnus are by his side and watching it all happen, following Dom’s lead, they are all struggling and eventually something has to give. That something again, being June.

With Simon relegated to June’s side, they get close and build a friendship. From the very beginning Simon makes his attraction to her clear, but he never crosses a boundary. June already has three men in her life, but they seem to have forgotten about her, however she hasn’t forgotten about them. It makes things difficult when Simon is with her everyday all day…something has to give, will it be the loves of her life?

Magnus, I will say, is the one who is torn the most between his old friendship, his new love, and what he sees as a new friendship in Simon. He’s been my favorite from the first book and continues to be in this one. He’s a huge empath, which is why he continually feels everyone’s strain, but sometimes I wish he did push just a bit harder.

Villain Era has its ups and downs, it’s exciting and then slows down. I suppose what I mean is, with a mafia book, I was looking for more adrenaline pumping moments vs. chapters of introspection. This is book two for this group and I would have preferred more action and less yada, yada, yada on their past regrets.

Villain Era really shouldn’t be read as a standalone, it complements Untamed Vixen and I found it helpful to read them back to back, but that is my own personal experience. I give this a 4.5 rating overall.

Synopsis:
He was once our enemy, but now he’s my bodyguard.

After our rival gives up the throne as my dying wish, my men trust him to keep a close watch on me and protect me from any danger that may come my way.

He keeps me safe, somehow understanding the darkness that lurks inside of me. He knows it cannot be caged, and he allows me the ability to set it free when we’re alone.

The things I’ve done don’t hold a candle to the things I will do.

I have everything I could possibly want…three sexy, attentive, mafia boyfriends. All of us are under one roof, and they spoil and provide for my every desire.

But why do I have a nagging feeling that something—or someone—is still missing from my life?

Am I selfish for being insatiable when I already have more than most?

When our true enemies, the ones we thought we eliminated, come back to finish what they started, I worry I may not be able to escape death this time around.

I end up sharing a secret with the one man I shouldn’t let in—a secret that holds the power to ruin us all.

I may have crossed a line, but whether my men like it or not, this vixen is entering her villain era.