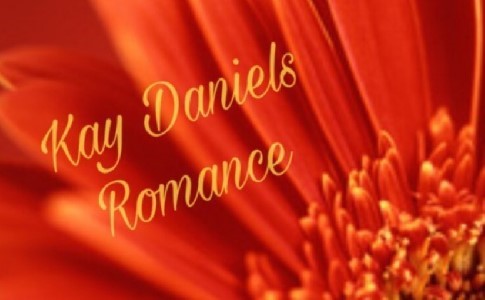 February, the month of Love. The best month to find your next book boyfriend. No one to judge you when you begin talking about the handsome man that kept you up all night….reading.

The first man to keep you up all night is hard and wet. He’s a former SEAL and feeling a bit sick…Love sick.

Former SEAL, “Big Mac” McLane, is sure he earned all kinds of bad karma somewhere when his first mission with Charter Group is guarding the “Love Boat” and its activity director. Okay, so the cruise line is sponsoring a special cruise for wounded soldiers and their families–a great cause–but Big Mac doesn’t do well around families and children, and Kylie Hammond is cute, but he feels like he has two left feet whenever she’s around. But he’s going to do his job, keep it strictly business, fade into the background whenever she’s around, but it seems Kylie has other ideas...

Kylie knows the big SEAL isn’t exactly gung-ho for his new assignment, but she can’t be more pleased. The big man’s the yummiest thing she’s ever seen, and coaxing blushes and glares from him becomes her favorite sport. But then things begin to go wrong aboard ship, people disappear, and then someone’s killed. The thing her charity most feared–a terrorist attack at sea–appears to be underway. Now, she has to trust Big Mac and his team to keep her wounded soldiers safe.

The next man to keep you up all night is the perfect male specimen delivered just in time for Valentine’s Day.

They called him Mack Daddy. No, seriously, his name was Mack. Short for Mackenzie.

So was he: perfect. The perfect physical male specimen.

At the private school where I taught, Mack Morrison was the only man around in a sea of women.

Everyone wanted a piece of the hot single father of the sweet little boy. I was riddled with jealousy, because they didn’t know that—to me—he was much more.

They didn’t know about our past.

He’d chosen my school for his son on purpose, because Mack and I, we had unfinished business.

As my friend Lorelai so eloquently put it: “Unfinished business between two people who are clearly attracted to each other is like an eternal case of blue balls.” And I was suffering in pain from my case.

I was still intensely attracted to Mack. I tried to resist him, immersing myself further into a relationship with another man just to protect my heart.

Not to mention, getting involved with a parent was strictly against school rules. But seeing Mack day in and day out was breaking me down.

And soon I might be breaking all the rules.

Mid month get ready for two explosive reads that will keep your panties wet and your ereader lit…. 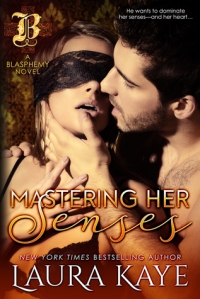 He wants to dominate her senses—and her heart…

Cassia Locke hasn’t played at Blasphemy since a caving accident left her with a paralyzing fear of the dark. Ready to fight, she knows just who to ask for help—the hard-bodied, funny-as-hell Dom she’d always crushed on—and once stood up.

Quinton is shocked and a little leery to see Cassia, but he can’t pass up the chance to dominate the alluring little sub this time. Introducing her to sensory deprivation becomes his new favorite obsession, and watching her fight fear is its own thrill. But when doubt threatens to send her running again, Quinton must find a way to master her senses—and her heart.

***A Standalone novel in The Pucked Series***

I’m notorious for parties and excess. I have the most penalty minutes in the league. I get into the most fights. I take the most hits. I’m a player on and off the ice. I’m the one women with no inhibitions want.

Not because I like the notoriety, but because I don’t know how to be any other way.

I have secrets. Ones I shared with the wrong person, and she used them against me. Sometimes she still does. I should cut ties. But she makes it difficult, because she’s the kind of bad I deserve.

At least that’s what I believed until someone from my past gets caught up in my present. She’s all the good things in this world. She lights up my dark.

I shouldn’t want her.

I should leave her alone.

Whew, I’m on fire and there are still more hot men to….read.

The Hot One (One Love)

At first glance, stripping naked at my ex-girlfriend’s place of work might not seem like the brightest way to win her back.
But trust me on this count – she always liked me best without any clothes on. And sometimes you’ve got to play to your strengths when you’re fighting an uphill battle. I’m prepared to fight for her…and to fight hard. I might have let her slip through my fingers the last time, but no way will that happen twice.
***
He’s the one who got away…
The nerve of Tyler Nichols to reappear like that, stripping at my job, showing off his rock hard body that drove me wild far too many nights. That man with his knowing grin and mischievous eyes is nothing but a cocky, arrogant jerk to saunter back into my life. Except, what if he’s not a jerk . . .? He’s the one I’ve tried like hell to forget but just can’t. Maybe I’m cursed to remember him. My money is on him being the same guy he always was, but what’s the harm in giving him a week to prove he’s a new man? I won’t fall for him again.
But how do you resist the hot one…

To finish up a month of super romance and hot, hot men a month of love just isn’t complete without a Masters and Merc title to end it just right.

For His Eyes Only (Masters and Mercenaries #13)

A night he can’t forget

Five years ago, Nick Markovic found himself consumed by his quest for vengeance. The one time he managed to find peace was in the arms of Hayley Dalton. Being with her was like bathing in sunlight, and he ached to feel that again, but he couldn’t. He gave his oath to Hayley’s cousin Desiree, his partner at McKay-Taggart and Knight, that he’d never let his darkness infect Hayley’s innocent world.

A spark she can’t put out

It was years before that Hayley offered everything she had to Nick. After that one amazing night, all she wanted was to be his forever. Unfortunately, Nick’s reaction was to walk away from her and never look back. The warm and caring man she’d discovered was gone, and after Des’s death, he’d only grown colder. But when Hayley finds herself in mortal danger, she’s forced to seek protection from the man who broke her heart.

A flame that threatens to consume them both

Haunted by the women he failed, Nick can’t allow himself to grow close to Hayley again. Running to stay ahead of the powerful forces that endanger their lives, they travel from the lush Garden in London to the glittering lights of Rio. As the threat against her becomes clearer, he realizes that to keep her safe he must confront the demons from his past, even if it costs him a future with the woman he loves.

*All book synopsis’ given by GoodReads