Viggo Sjoberg has been openly bisexual since he was 17, but always assumed he would settle down with a woman. When he’s surprised with news he has a child from a past fling, he jumps headfirst into marriage and fatherhood, but his new wife isn’t what she appeared to be. Adding to Viggo’s confusion are the feelings aroused by his seemingly straight roommate, Jamie.

When Jamie moves thousands of miles away, Viggo tells himself it’s over. Until a life-changing event puts the two men on a collision course. Suddenly, Jamie needs Viggo—badly—and Viggo is prepared to do whatever it takes to help. Even if it means he has to give up everything he always thought he wanted.

THIS BOOK IS A STANDALONE. 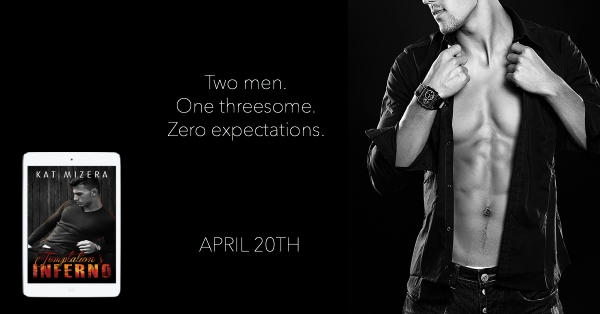 About the Author:
Kat Mizera is a South Florida native. Born in Miami Beach with a healthy dose of wanderlust, she’s called Los Angeles, Long Island, upstate New York, Massachusetts, New Hampshire and Atlanta home. She’s never been able to pick which locale is her favorite, but if pressed, she’d probably choose the west coast.