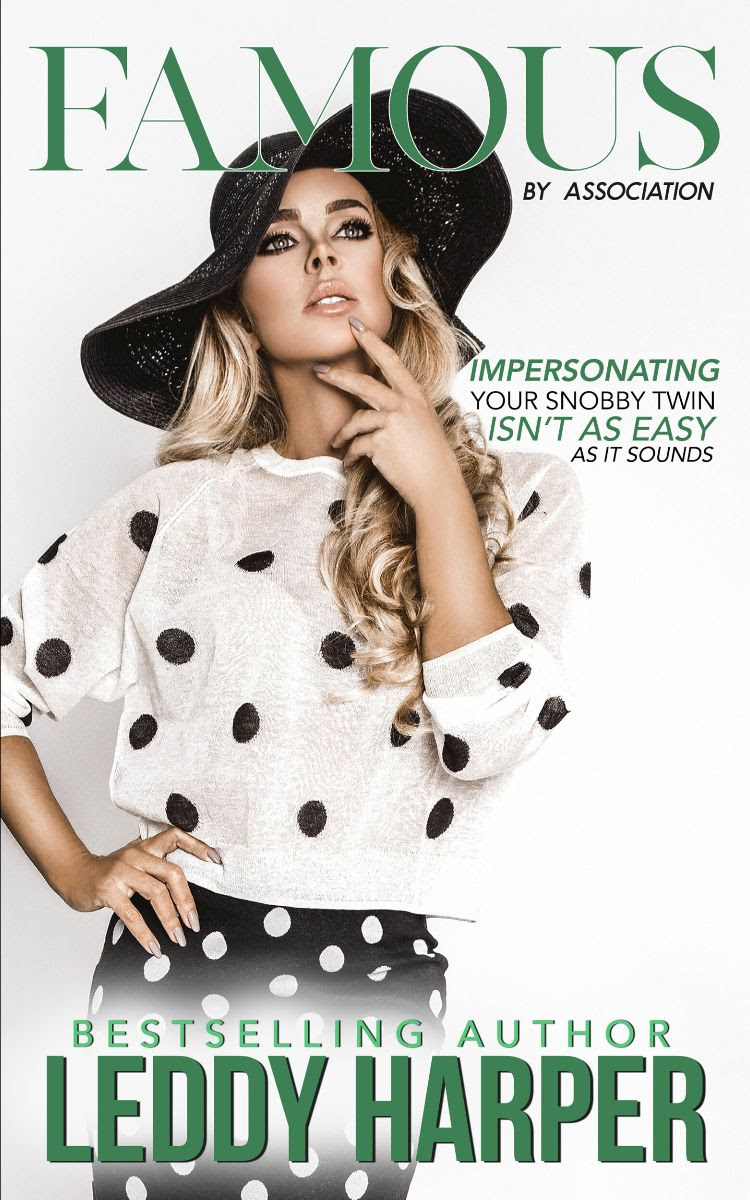 I’d spent years separating myself from my twin sister in every possible way. Until one day, I was offered a lot of money to pretend to be her.

It was supposed to be easy.
Look like her, dress like her, act like her. Don’t make friends, don’t be nice, and don’t fall in love. Get in and get out.

A famous twin, a hunky neighbor who could ruin it all, and a film crew…what could possibly go wrong?

Everything. Everything could go wrong.
Horribly wrong.

We were face to face, and the room was still rather dim due to the storm that still raged beyond the window. I was very much aware that we were alone. No one could see us, no one could judge us; it was just him and me.

So I went for it.

Using my grip on his shirt, I tugged him closer while pushing up on my tiptoes, bringing our mouths together. It was soft and hesitant at first, but then I got a taste of him, and damn, was I hungry for more.

He brought his hands to my waist, which caused me to hesitate for a moment because I thought he was about to push me away. But when I felt him tighten his grip and pull my body against his, I knew it was safe to keep going.

His tongue slipped past my lips while I threaded my fingers through his hair.

We took one step back. Then another. Then another until he was sat on the sofa, my knees on either side of his hips. It was hot, and steamy, and sexy, and everything else I thought it would be. The one thing I didn’t expect was for it to be short lived.

And unfortunately, it was very short lived.

Out of nowhere, Jacoby pushed me away. Not just pushed me away, but he physically lifted my body off his lap and set me down on the cushion next to him. “Tiffany…” Talk about a mood kill; calling me by my evil sister’s name was like dousing me with below-freezing water. “You’re engaged.”

I didn’t need to hear any more. That was enough for me.

I got up and rounded the couch, not bothering to think about anything other than getting the heck out of there. I didn’t care if I left anything behind; I could replace it. What I couldn’t replace, though, was my dignity.

He called after me, but I ignored him as I opened the door and took off in the torrential downpour. Thunder rumbled all around me, the sky lit up like the Fourth of July, but that didn’t stop me. I didn’t care. I just wanted to leave. I wanted to get home.

I didn’t want to be Tiffany freaking Lewis anymore.

Leddy Harper had to use her imagination often as a child. She grew up the only girl in a house full of boys. At the age of fourteen, she decided to use that imagination and wrote her first book, and never stopped.

She often calls writing her therapy, using it as a way to deal with issues through the eyes of her characters.

She is now a mother of three girls.

The decision to publish her first book was made as a way of showing her children to go after whatever it is they want to. Love what you do and do it well. Most importantly Leddy wanted to teach them what it means to overcome their fears.