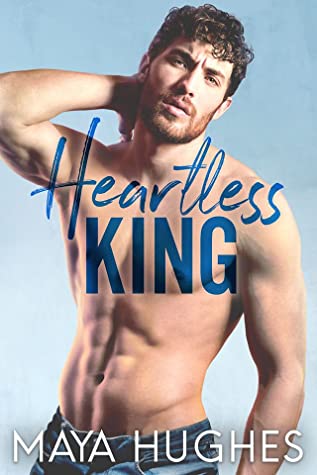 Heartless King; Kings of Rittenhouse #5
(A standalone within a series)

Colm completely stole my heart in this final book of the Kings of Rittenhouse series. Heartless? Don’t let the title fool you. I think Colm may just have the biggest heart of all of the Kings, but he also has a huge vault within that heart that he keeps all of his emotions locked inside of. Like anyone who’s loved and lost you can’t get hurt if you don’t let anyone get too attached, right? Losing his parents at a young age made Colm lock up his heart up tight, but it also made him dream of something perfect to replace that hurt. He just doesn’t know exactly how to deal with his emotions, he’s broken for lack of a better term, but he’s also so beautiful in his brokenness. His counterpart is the perfect person to understand him.

So many pieces of the Colm puzzle fell into place in this final book. Colm and Liv Frost lost both of their parents at a very young age forcing Colm to step into the fatherly role over his little sister. Never wanting to disappoint her, mess up, or heaven forbid leave her completely alone he never stepped out of line. Colm was always the responsible King in his group of friends until his sister and best friend, Ford, betrayed him. Now Colm feels lost. With no one to take care and no best friend he’s sinking further into the not giving any f**cks. He’s reckless, drinking, not returning calls, basically not being Colm. You see, Colm has always been the guy with a plan, the guy who falls fast for a girl, his mind never slowing down. After one date he already has the white picket fence, 2.3 kids and dog scenario planned out before he even really thinks about if he actually likes the girl, which has also led him to several failed relationships. Hence, Colm’s self-esteem isn’t the greatest and he is going to break your heart with how he views himself. He is also going to frustrate you and infuriate you with how he is now on a self sabotage mode with just about everything in his life. It goes without saying…he’s male and he makes mistakes, but at the end of the day, he’s just looking for love and he doesn’t know how to ask for it.

Enter….well, I’ll just say, you are absolutely going to love his love interest. She’s the perfect match for Colm, but for now, I’d like to leave it a mystery. Just know she’s strong, loving, and broken in her own way. Their broken parts match up to create a wholeness that beats to their own rhythm. It’s a beautiful love story that will wrap around your insides and melt you.

For the final book, Maya does a great job of sprinkling all of the Kings throughout the story so you will love catching up or meeting them if you are new to the series.

Five years ago, Colm Frost asked me to marry him and I ran. I ran from my painful past too raw and fresh to escape. He was the only one who looked at me like I wasn’t broken and made me believe it. He made me feel it.

Now, he’s the hot, angry, hockey player on the mend.

I’m the physiotherapist who’s supposed to get him back on his feet.

I don’t think our night together was what his doctor prescribed, but that doesn’t mean I haven’t dreamt of him every time I close my eyes. I woke up beside him with my body still singing from the way he fanned the flames of my desire, but I couldn’t stay.

His lips on my neck. His hands wrapped around my waist. His impressive…ahem, touch leaving me breathless.

One moment of wild inhibition and it’s come back to bite me in the butt. Kind of like he did that night.

But a baby? Our night was supposed to be a one time thing, closing a door on the future I couldn’t handle.

Will this new bump in the road be everything we needed to find our forever?

Heartless King is a standalone friends to enemies to lovers, accidental pregnancy romance that brings all the laugh out loud, angsty feels! 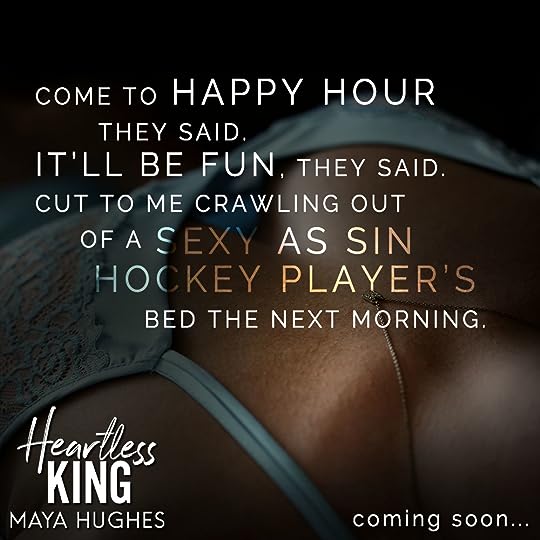