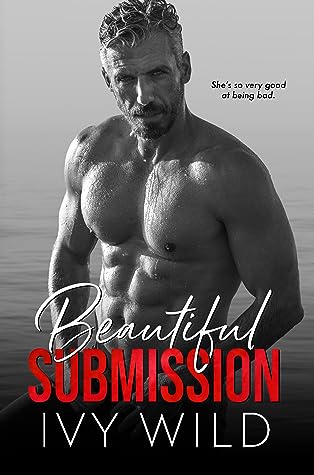 Aubrey Knight is the daughter of a senator. She has grown up in a fake world and has never really known what it’s like to be herself. Is she a brat? Yes, she is pretty good at acting out, but when it’s the only way to gain attention in a world where she’s never known love, and it’s the only thing she knows.

Xavier Payne is a man all about control and order. When he barters a deal with the senator and Aubrey is the collateral. Xavier uses the time Aubrey is isolated in his home to fix the broken girl, but he never thought she’d turn the tables on him and crack his ice filled chest open with all of her fire.

While these two would seem like complete opposites; a bratty, spoiled girl vs. a polished, controlled man. The more time they spend together and melt each other walls, they find out they may be more alike than they ever would have guessed.

Fire vs. ice is the underlying theme throughout the entire story, but will fire melt the ice or will the ice put out the fire? These two are opposite and don’t give in easy, it’s a true battle to find any happiness, but neither have really experienced happiness in their lives to know it is possible and should be important.

This is a slow burn, so don’t get frustrated by the back and forth. In a true enemies to lovers that push and pull makes that slow burn bubble and boil until it steams up to the perfect temperature.

Xavier:
My truth is control.
My truth is that good is rewarded
and that bad is punished.
Aubrey Knight thought she could disrupt my business
and get away with it.
But, she was sorely mistaken.
So, when her father lost the election
and came to me begging for money I struck a deal.
The little brat would serve as collateral until the loan was repaid.
She thinks she can test me.
How laughable.
She will submit to me,
and it will be a beautiful submission.

Aubrey:
I will never submit to him.