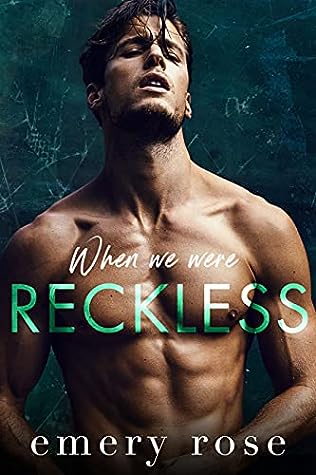 When We Were Reckless; Lost Stars #3
(An interconnected standalone within a series)

A heartbreakingly beautiful story of how love can repair a broken soul and make you stronger than you ever thought possible.

I wish I could share all of the beautiful moments that happened in this story, but I’d basically be documenting most of the book verbatim, so, I’ll stick to a review 🙂

Considering Jesse is a broken man and Quinn is suffering from unrequited love, these two have the most beautiful souls that continually lift each other up and truly want nothing but the best for each other out of life. They have known each other all their lives, given the age difference, Jesse is the best friend of one of Quinn’s older brothers (she has three of them, who are all overly protective), so Jesse has known Quinn since the day she was born. When We Were Reckless highlights another great family, the Cavanaugh’s, which I hope we see more of in the future.

Of the McCallister brothers, I’d call Jesse the charmer. It’s no surprise that when Quinn was just five years old she declared her undying love for him and told him that she was going to marry him. Thirteen years later her affection has only grown for him, but when Jesse comes home after retiring from motocross, (a mystery in itself, since he’s lived and breathed the sport for years) Quinn wants to help the man she knows, but she also wants to explore the feelings that have blossomed into something deeper now that she is officially an adult.

I’ve always loved Jesse, a guy so bright, full of life, full of everything – competitive spirit, integrity, hard work, he is just a likeable guy, but in this book he is a fallen man, his spirit is broken, and he is afraid to try, afraid to fail, afraid to love again. It was fascinating to watch someone who was the king of his own world, a shiny light to everyone around him become so dim. His mood now affected those around him and because he saw what his mood did, it kicked him in the pants and made him want to get better. That is the spirit I love about Jesse. He’s that guy you root for because he is simply amazing and he doesn’t stay down for long, not just for himself, but because he wants the best for everyone around him.

Quinn may be young, but she is wise beyond her years. She’s also a lot like Jesse, full of optimism and passion (or at least the old Jesse). She may have a bit of hero worship from when she was younger, but they are also family friends and she wants to believe that their long time friendship will help now that he’s home and hiding out from the world. She wants to bring the light back to Jesse’s life and perhaps open his eyes to the possibilities of the two of them now that he’s single.   Could she finally have her fairy tale ending or will Jesse break her heart?

The McCallisters and Cavanagh’s are both great families and I hope there are more stories to come from both of them. There are interconnections to past books, but When We Were Reckless can be read as a complete standalone.

What happens when the love of your life refuses to love you back?

Jesse McCallister.
Motocross legend. Reckless heartbreaker. And the love of my life.
Too bad he only thought of me as his best friend’s little sister.
Naïve and innocent. Only eighteen. Completely off-limits.

Unrequited love… was there anything more painful?
Turns out there was—when he kisses you but has no memory of it.
When he tells you his heart was broken, and he doesn’t believe in love.
When he doesn’t want you kissing anyone else, but you’re stuck in the friend zone.

Despite the odds stacked against us, my foolish heart refused to stop loving him.
Now I’m falling under his spell. Drowning in his perfect lies. Addicted to his stolen glances and forbidden kisses.
I’m on a collision course with disaster and only one thing is certain… Jesse McCallister is going to ruin me.

2 thoughts on “Review – When We Were Reckless by Emery Rose”