A new novel by Riley Edwards with crossover splashes from Susan Stoker’s novels. The Gold Team world is filled with spies, former military men, plots and twists that will keep the pages turning, and lots of steamy chemistry.

Tatiana Jones is a former CIA operative, who is now an off-the-books spy working for a black ops organization called The Company, or as the government would probably refer to her as “rogue”. Trouble. Tatiana had lots of reasons for why she has a chip on her shoulder, carries a grudge, and why she now works outside of the lines. She doesn’t care what people think of her, she only cares about her mission. When the Gold Team gets in her way she cares, however, when the moment comes when she is no longer able to carry out her mission without them, she realizes she’d better play nice or else she’ll lose all the work she’s already put into her job.

Brooks Miller is a former SEAL who now works for the Gold Team. He may no longer work for the Navy, but he still has a team at his back when out on missions. Running into Tatiana Jones, a lone spy with no backup, has his hackles raised and his blood running hot. No other woman has ever gotten him hot and bothered both for the lies she has told and for the protective feelings he has around her. Tatiana is a beautiful woman, but something else pulls at him and until he figures it out he doesn’t want to let her leave his side.

Two very strong-willed people working together could be the answer to taking down a monster and at the end of the day they may be just what the other needs to soothe their souls. Working together may either save them or destroy them both, because even though you may work together, there is very little trust among spies.

This was the first book I’ve read by Rebecca Jenshak. I thoroughly enjoyed this new adult/sports contemporary book filled with witty charm, emotion, and unique twists that it kept me captivated the whole way through.

Joel Moreno hasn’t had to work for much. As a star basketball player at Valley University, girls pretty much fall at his feet, so when Katrina Phillips turns him down, he accepts it as a challenge. You see, he actually didn’t get to be a star player by talent alone, he did work for it, so having Katrina continually reject him just makes him work harder. A challenge she didn’t realize she had even instigated.

“Challenge accepted. I mean, honestly, how hard could it be to convince a girl I know already wants me, to go out with me?”-Joel

Katrina loved Thursdays. It was the one day a week when Joel came in to the cafe where she worked to get his coffee, and to ask her out. It was also when she repeatedly turned him down, but a girl could fantasize in between those moments. She was able to actually fantasize that he wanted more from her than just a quick moment in between the sheets, she could think a lot beyond the few moments he came in and asked her out once a week, but she could never say yes. Her life was complicated.

“Fantasy is almost always better than reality and Joel Moreno is my perfect fantasy.”-Katrina

When fantasy meets reality and Katrina needs help with her senior school project, Joel is there to offer his help, but not without stipulations. He offers a trade, a date for his knowledge. While it would seems harmless enough, Katrina knows keeping her personal life separate from everything else is best, but somehow that’s near impossible once Joel sets his mind on getting to know her better. It isn’t long before he’s become entwined in her life and while he seems to know a lot about her, he is still a mystery.

Could it be too late when Katrina realizes her mistake in letting Joel into her world and she hasn’t been let into his? 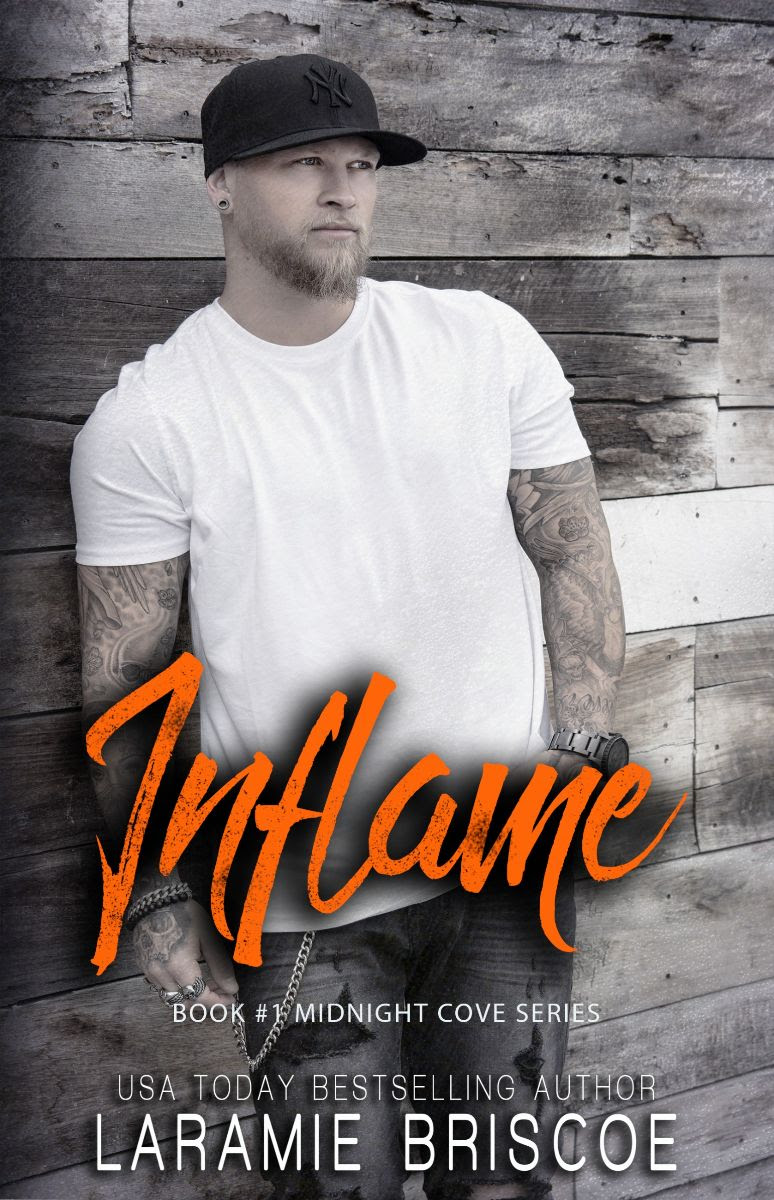 Since my divorce five years ago, these are the two labels I’ve identified with. Now, I’m ready for more. Ready to give dating a shot, even with an eight-year-old daughter and twenty-four hour shifts needing my attention.

When Sydney has a snow-day and we have an epic malfunction in the kitchen, we decide to head to the breakfast joint we’ve frequented for years.

Except today something is different.

Our normal waitress, Emma, isn’t all baggy clothes and ducking her head to keep me from seeing her face. Today? Today I feel like I see her for the first time, and damned if our gazes don’t ignite a heat I’ve only felt while on the job.

Laramie Briscoe is the best-selling author of the Heaven Hill Series & the Rockin’ Country Series.

Since self-publishing her first book in May of 2013, Laramie Briscoe has published over 10 books. She’s appeared on the Top 100 Bestselling E-books Lists on iBooks, Amazon Kindle, Kobo, and Barnes & Noble. She’s been called “a very young Maya Banks” (Amazon reviewer) and her books have been accused of being “sexy, family-oriented, romances with heart”.

When she’s not writing alpha males who seriously love their women, she loves spending time with friends, reading, and marathoning shows on her DVR. Married to her high school sweetheart, Laramie lives in Bowling Green, KY with her husband (the Travel Coordinator) and a sometimes crazy cat named Beau.